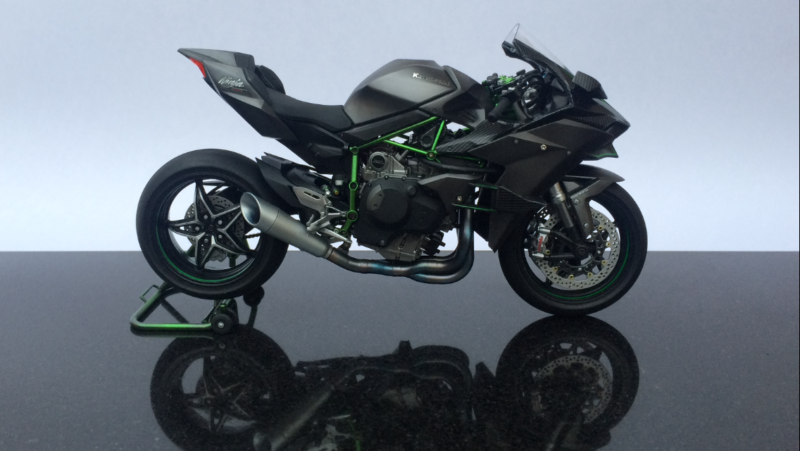 To label the bike a Ninja is somewhat misleading... One would just assume another Ninja would be an evolution of Kawasaki's flagship sports bike... The H2R is a non street legal, supercharged track bike, generating 310 brake horse power. It is the fastest production motorcycle in the world by a long shot with a top speed of 250 mph plus.

I've been lucky enough to see this bike in action twice. I first saw it at the Birmingham bike show on a rolling road, back in 2015 when it was first unveiled. I hadn't heard too much about it at the time, and was a bit confused as to why they were handing out earplugs... The noise was phenomenal! The whistle of the supercharger could be heard clearly above the scream of the exhaust, and the manifold started to glow all the colours of the hot metal rainbow as the throttle was wound on. The blue flames coming from the back were a nice little touch as well!

My second encounter was in 2016. I was stood in someones garden at the bottom of Bray Hill when James Hillier took it on a flying lap of the Isle of Mann TT. You could hear the bike roar as he accelerated away from the grandstand long before there was any visual confirmation. The bike came flying into view and he hit Ago's leap in front me at the round about speed of 170 mph (as they do). As the front wheel of the bike reared up high and the exhaust baffle pointed a bit more toward the ground, fire and sparks bounced back up from the tarmac easily six feet into the air. I remember thinking to myself, "now that's why it's not street legal !". It was the first time he had ever rode the H2R and he set the fastest speed ever recorded on the island through the Sulby speed trap.

There really isn't much more I can say which sums up the bikes performance. I recommend watching a few youtube videos of it in action if you have time. In my personal opinion, it is the most jaw dropping production motorcycle ever built.

The kit was fantastic to put together. Tamiya have set the bar really high with their newer bike kits. Most noticeable is the lack of glue needed. The sub-assemblies all screw together with minimal effort, and the finished model can easily be dismantled again to show detail.

I used the carbon fibre decals from Studio 27 which was time consuming but worth it. I used an H2R paint set from Zero paints which included a silver buffering powder for the two tone fairings. It's hard to get a good impression of this in the photos, but the fairings change from black to silver as you look round the model. For more info on the build stages and techniques used, feel free to have a look at the work in progress over in groups.

Thank you for looking, and a big thanks to everyone who followed the work in progress. Happy new year as well If I don't see you before then! Cheers! 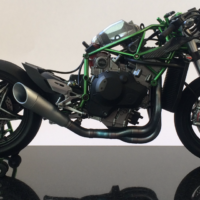 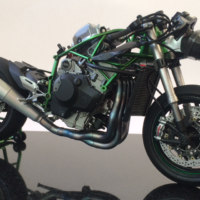 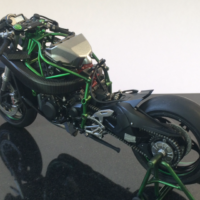 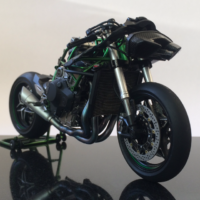 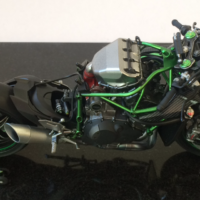 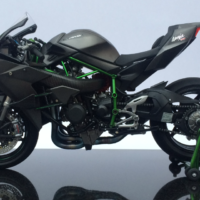 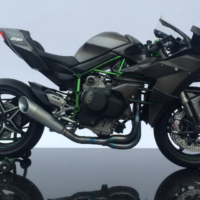 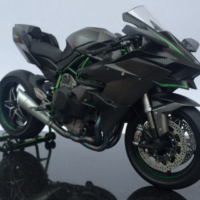 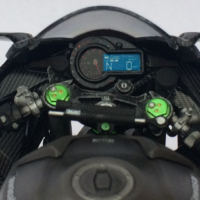 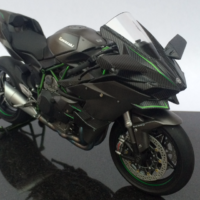 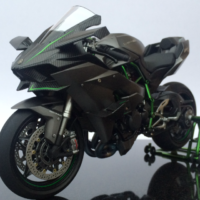 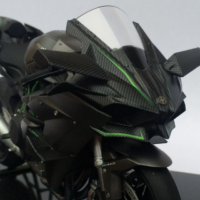 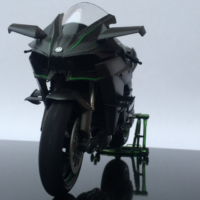 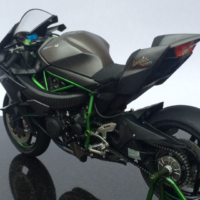 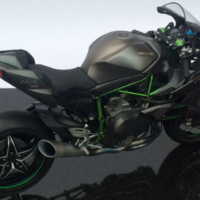 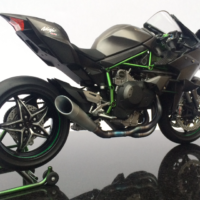 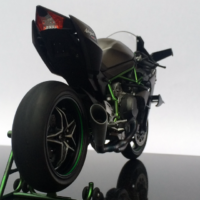 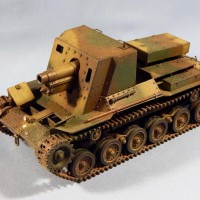 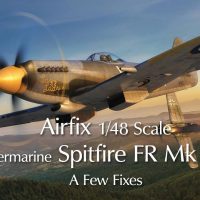