Well, it only took about 18 months but i managed to finish another model. 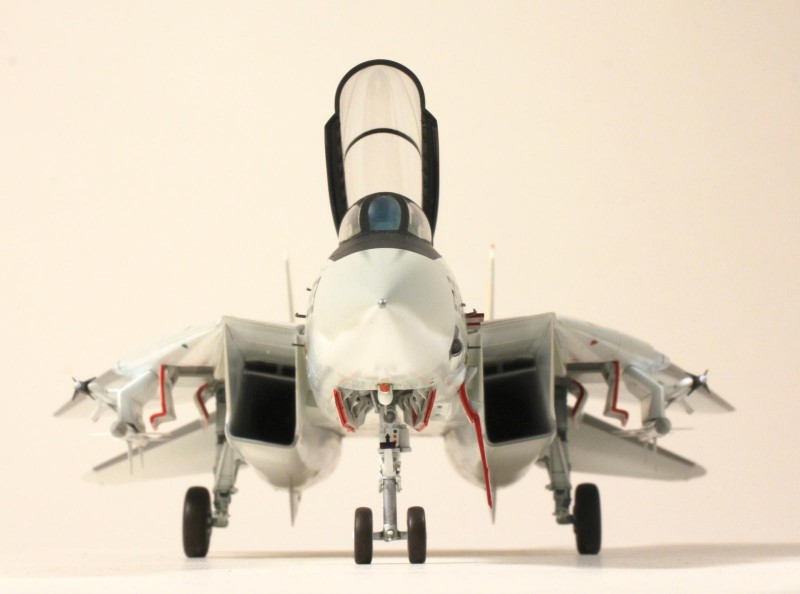 Here is the Tamiya F-14A, done up in the markings of one of my former teachers from VF-32, "Big John" Lawler. John was one of my CFI instructors at FlightSafety in Florida back in 2000.

The model used a combination of Tamiya acrylics, Mr Color lacquers, and Testors enamels in select areas. It was also an application of the 50-50 mix of Future/Water/Tamiya Flat Black wash, where i could go crazy with it on things like landing gear struts and wheels. This was also a test case for Gunze Mr Super Clear GX-100, which i love. The model used a combination of kit decals, decals from a recent Furball Models sheet, and some custom-made decals by my friend and un-indicted co-conspirator Todd Edlund. 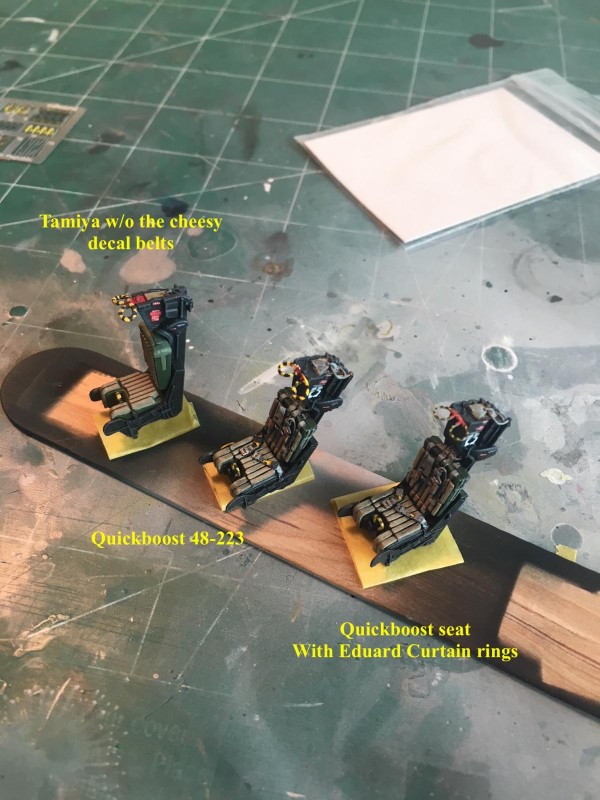 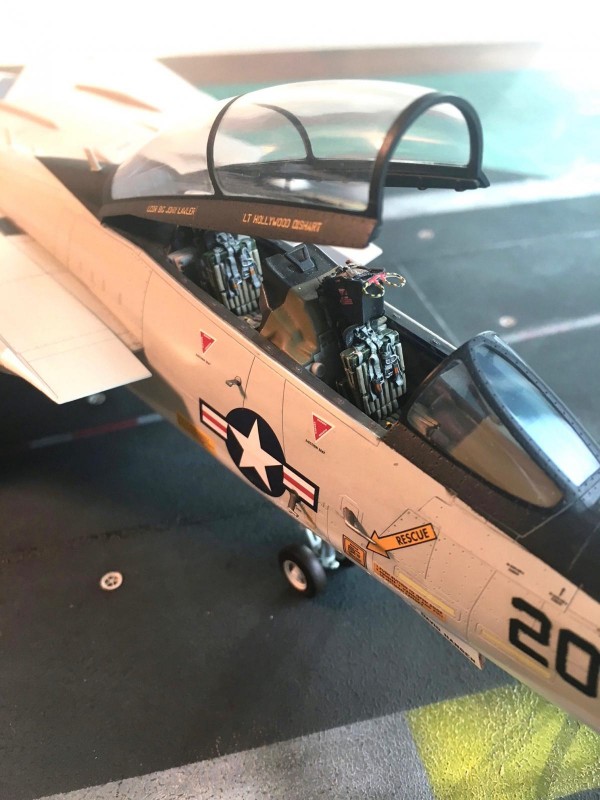 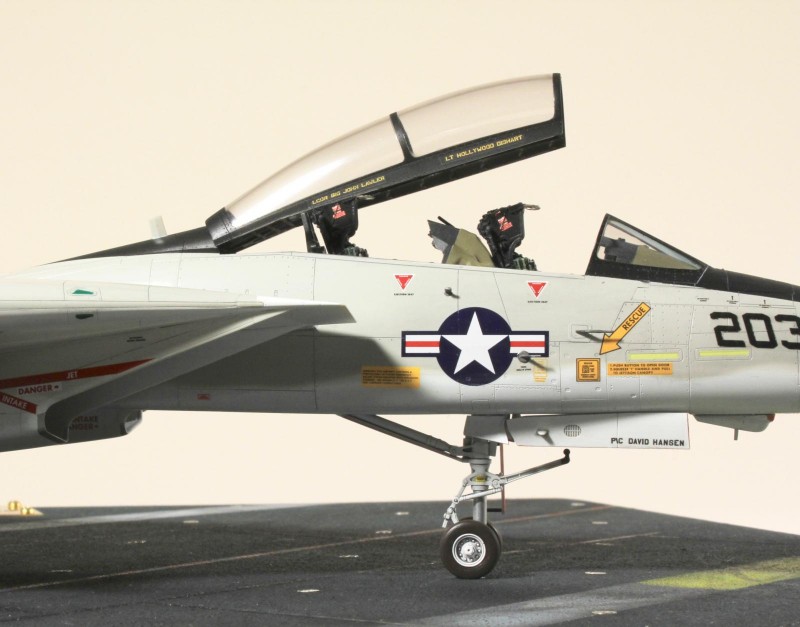 I've already posted most of the build evolution over at the "Year of the Cat" group build, so i won't repeat myself here. 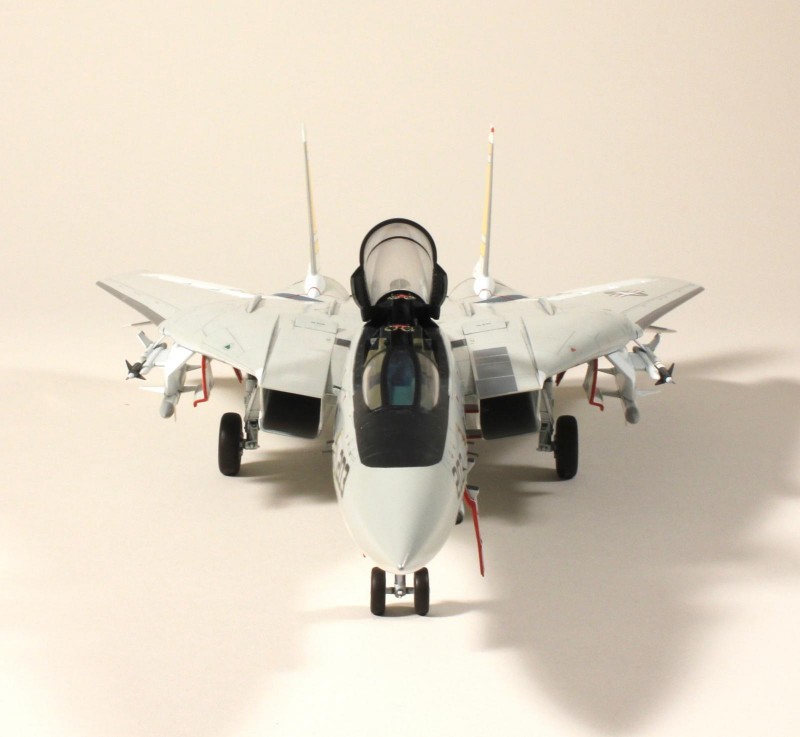 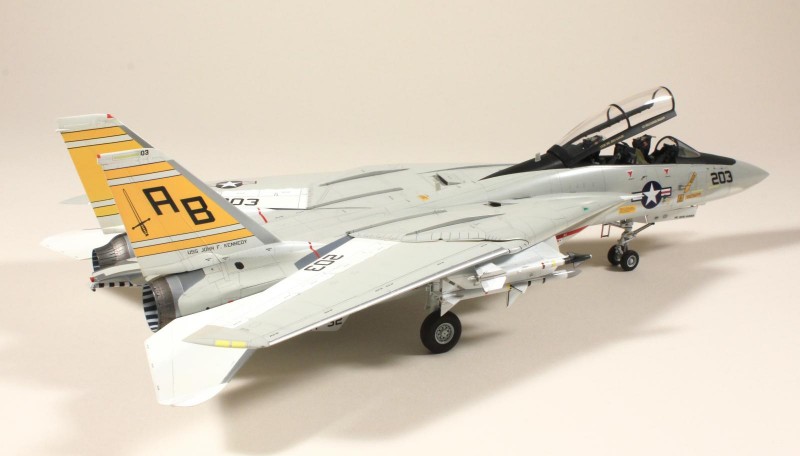 I will say that if you're like many who tried to build the 48th scale Hasegawa kit and gave up on it, then this is the kit for you. Its the complete opposite of building the Hassegawa kit which is to say , it was a lot of fun. 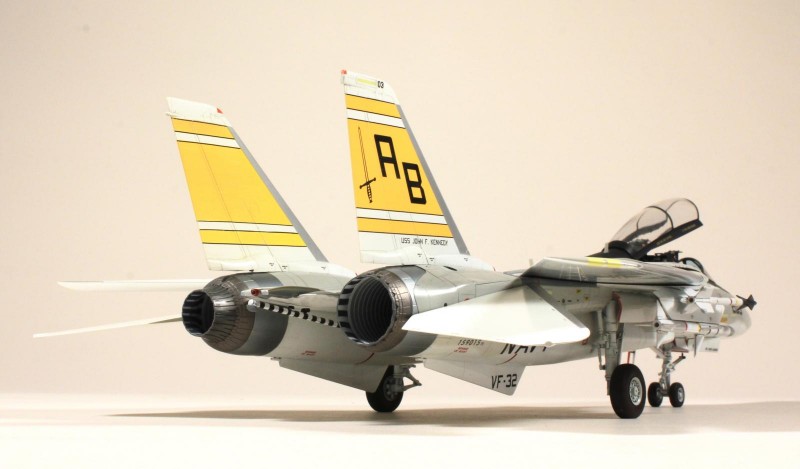 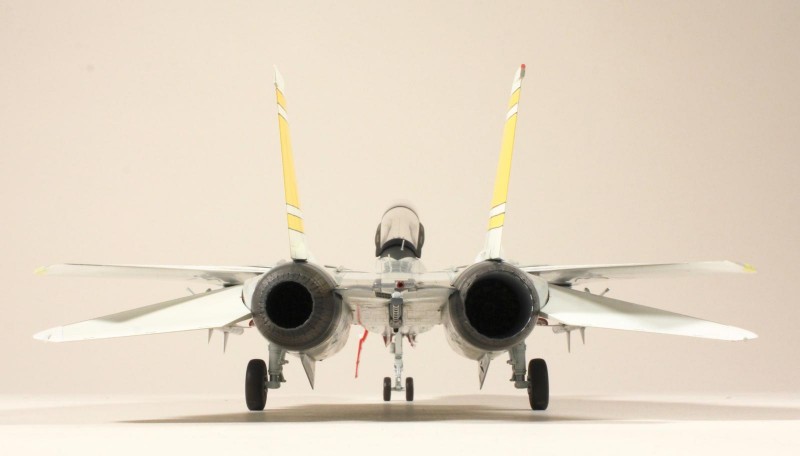 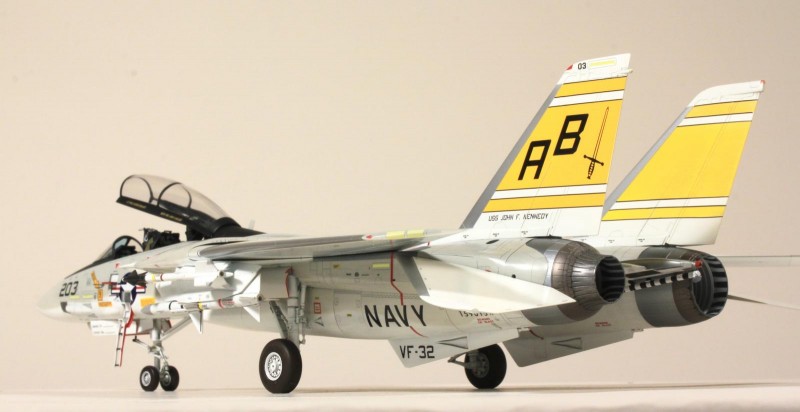 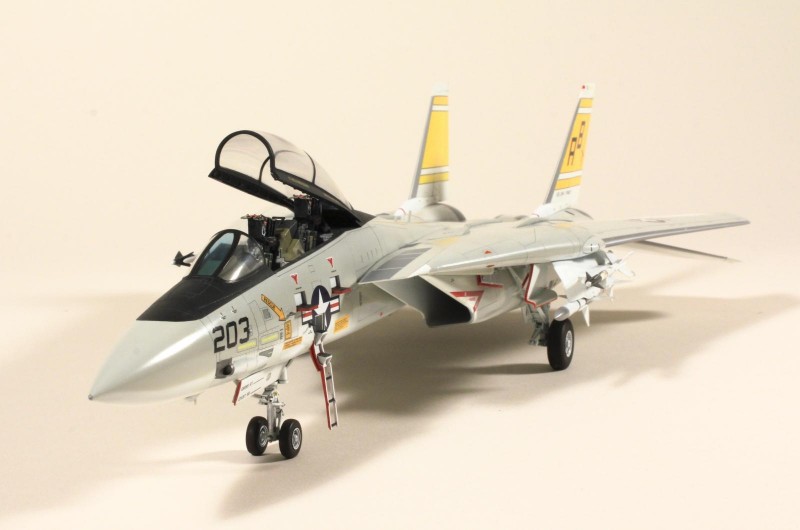 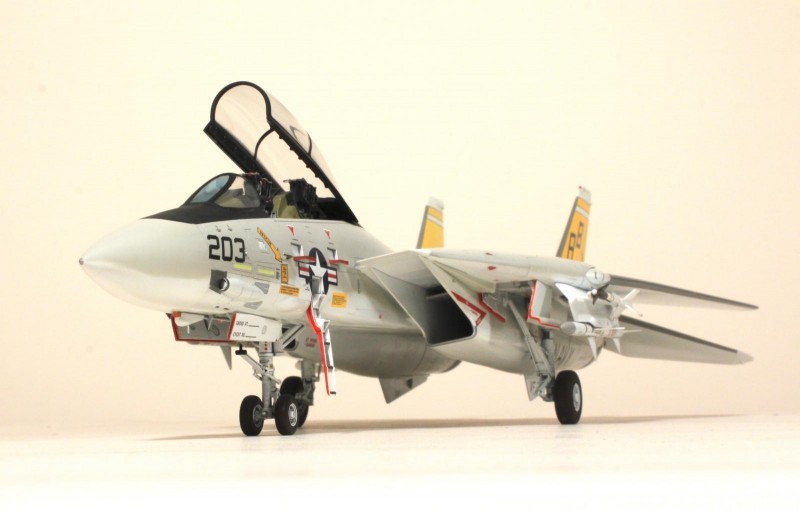 In order to protect the model against the ever-present threat of the cleaning woman and inquisitive grandkids, i mounted the model to a carrier deck base fashioned by Mario Catania, and had a protective case made at TAP plastics... 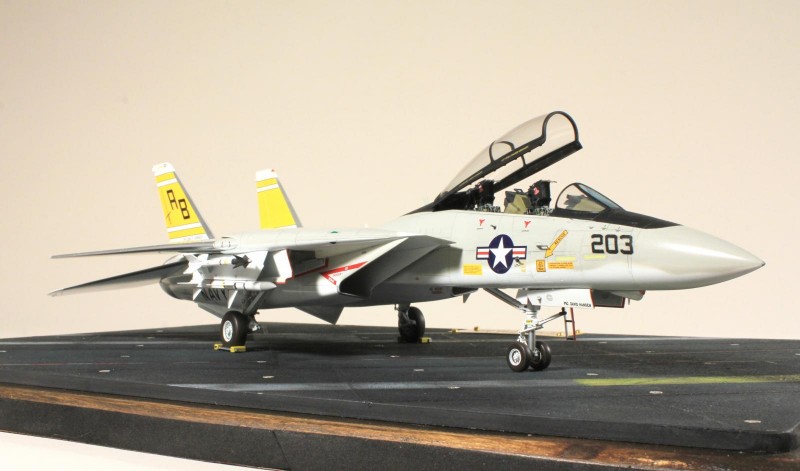 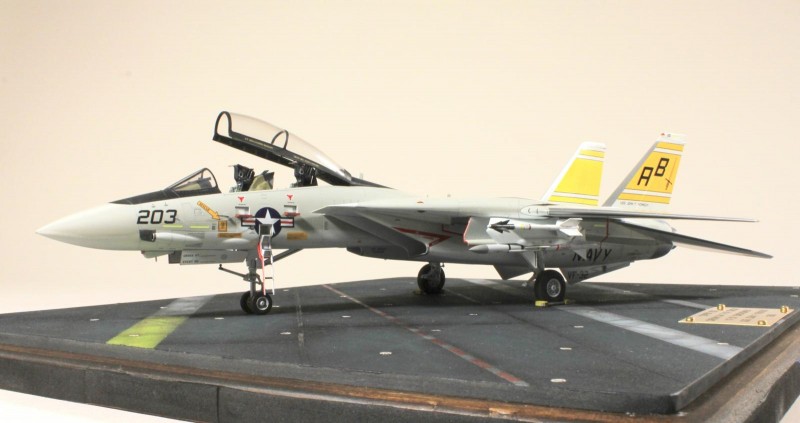 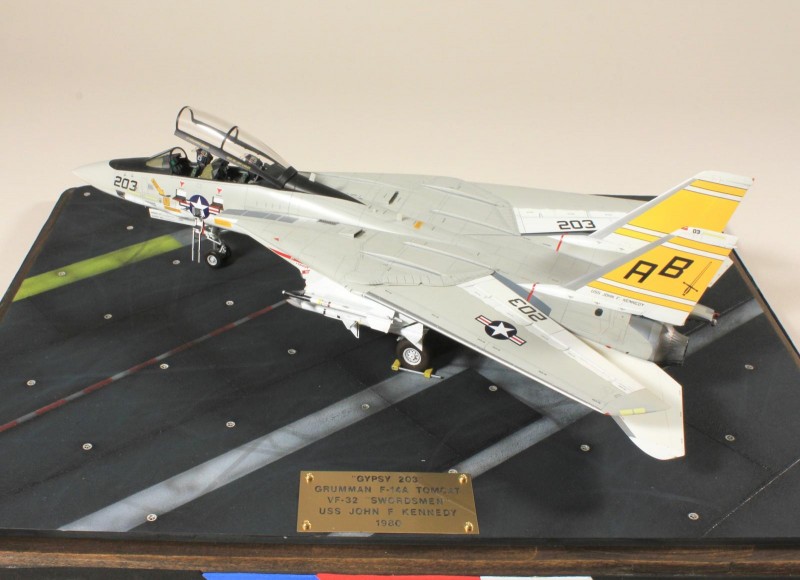 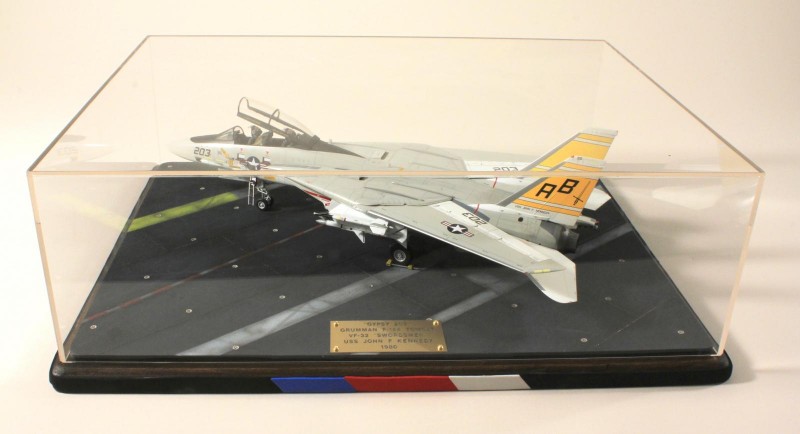 The last technical challenge will be getting this model delivered to John in North Carolina. When that happens i'll probably write a small article to describe the handoff.

In the meanwhile, i hope you enjoy this dose of eye candy. Thanks for shopping! 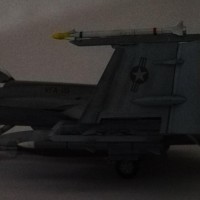 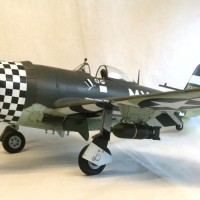 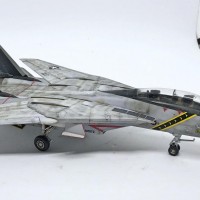 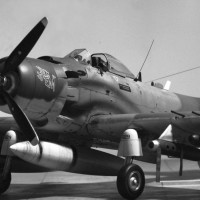