Continuing the ‘series within a seriee…January 31, 1971 – in Quang Tri, an American soldier and his little puppy share a moment of sleep at the staging base before being airlifted to Khe Sanh. 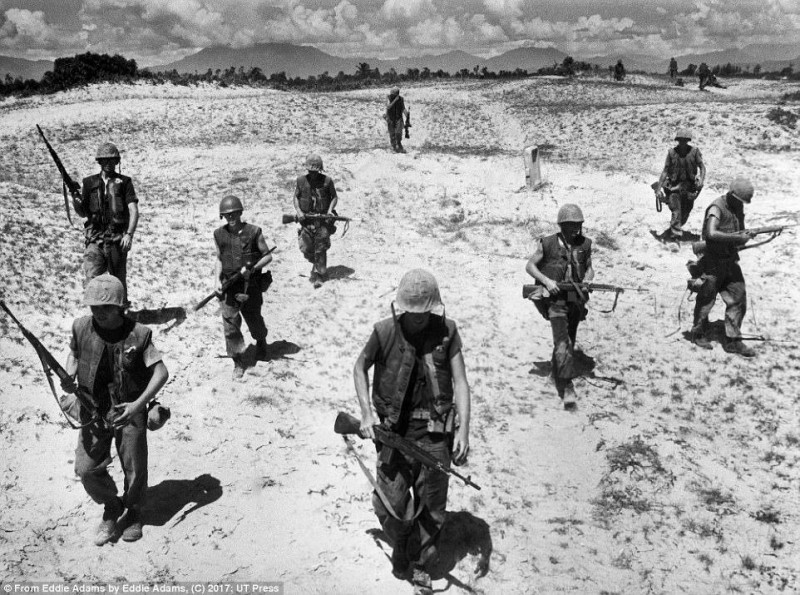 Pulitzer Prize winning journalist Eddie Adams photographs a group of unidentified soldiers walking in Hoai Chau, Vietnam, on January 31st, 1966. Adams is probably best known for his photo ‘Hanoi Execution’. This photo today, for me, seems to capture something of fatigue and resignation.

Brewster Buffalo fighters over Malayan Peninsula, January 31st, 1941. In addition to the attack on Pearl, and the invasions of the Philippines, Borneo, Hong Kong, and Guam, the Japanese also invaded the Malay Peninsula in late 1941. The Malayan Campaign was fought largely between British Commonwealth Armies and their allies the Royal Thai Armies against the invasion forces of the Japanese. With overwhelming numbers, the Japanese drove down the Malayan coasts, and despite Allied repeated engagement on air, land, and sea, nothing could stop the Imperial Army enemy as they forced the Allies to retreat to Singapore on January 31. 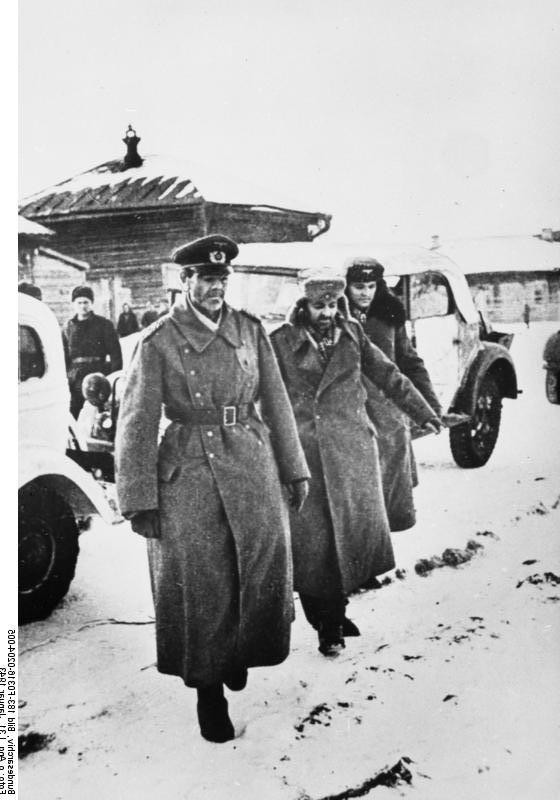 Although the official end of the siege of Stalingrad was 2nd February, the end was agreed on January 31st, 1943. The photograph above shows Field Marshall Friedrich Paulus, Lieutenant Arthur Schmidt, and Colonel Wilhelm Adam as they arrive at the Russian Headquarters at Beketovka. As soon as he had sent his personal congratulations to Hitler on his 10 years in power, on the 30th January (as noted yesterday in this series) Paulus had ordered that contact be made with the Soviet forces to signify a readiness to stop fighting in direct disobedience of Hitler’s orders. Hitler had promoted Paulus in the full knowledge that no Field Marshall had ever been captured alive by the enemy. 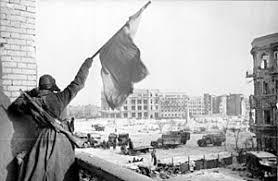 Jonathan Bastable, journalist and author of ‘Voices from Stalingrad’ writes…

“From the outset, General Schmidt came across as an inveterate fascist. All his clothes were ironed and polished to a sparkle, he was clean-shaven, his hair was combed and greased, he had a little black Hitler moustache, thin lips and small, black, round eyes that kept darting about, and his pronunciation was clipped like a dog’s bark. Outwardly, he was all pomposity, but on the inside he was trembling in some kind of agony, as if in his death throes, waiting for something terrible to happen.” 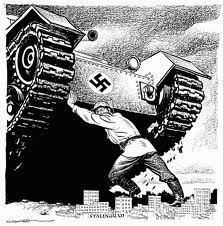 “Colonel Adam was very quiet, and did not join in the conversation. He was taciturn and worried-looking, and as soon as the introductions were out ofthe way he went off to his room on the pretext of gathering some things that he needed.” 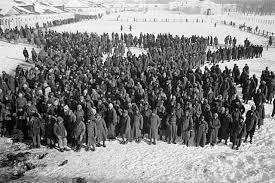 “Von Paulus confirmed, through General Schmidt, that he was no longer in command of the army, that he was a private citizen and would therefore not sign the capitulation order, He refused to receive our delegation, but asked that, as a field marshal, he be personally taken prisoner and escorted by one of our generals.”

– General Laskin was therefore bought in to personally arrest Paulus. He was accompanied by General Mutin. Together they decided that they had to search Paulus –

“The reason this had to be done was that some German generals had committed suicide rather than be taken prisoner. So we had to take all precautions to stop von Paulus doing the same thing.”

“Although he seemed a little put out by the search, he did not offer any resistance or objection. And then, when General Laskin asked von Paulus whether he was ill, he replied that he was well but had been affected by the poor diet and the long drawn-out, agonizing experience of the ignominious capitulation of his army.”

“And then he took out of his trouser pocket some small cubes of baked bread, like we used to make with oil. He showed them to us and said: ‘A hundred and fifty grams a day – that`s all I’ve had to eat for many days now. I’ve been sharing my starvation rations with my soldiers, who only get fifty grams a day.”

Estimates vary (sometimes widely) in terms of the vast numbers involved in the surrender and aftermath, but conservatively, 91,000 German troops were taken prisoner at Stalingrad. Within a month or so, over a quarter of them would be dead and less than 6,000 survived the Soviet labour camps to returned to Germany in the early 1950s. 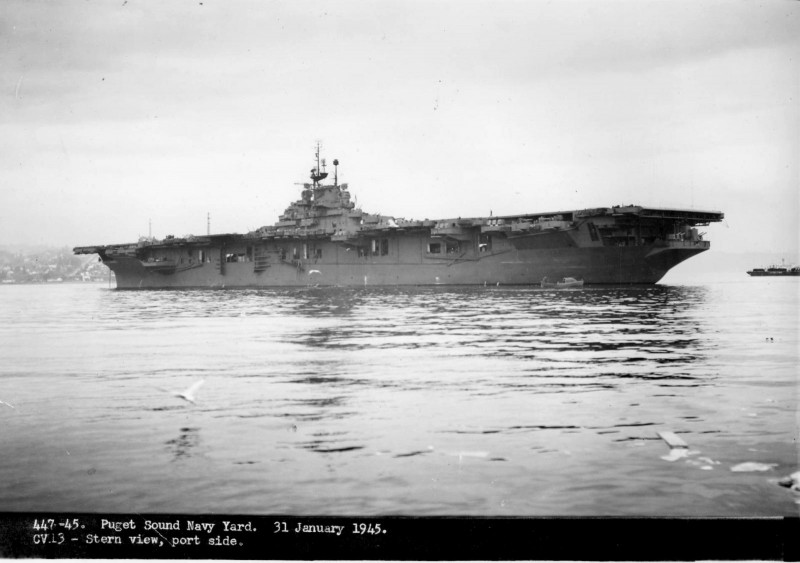 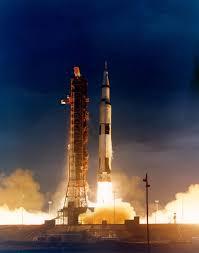 Apollo 14 Mission. The Apollo 14 mission, with a crew including Alan Shepard Jr., Stuart A. Roosa, and Edgar D. Mitchell, was launched from Kennedy Space Center, Florida, on January 31, 1971. It was the third mission to achieve lunar landing. 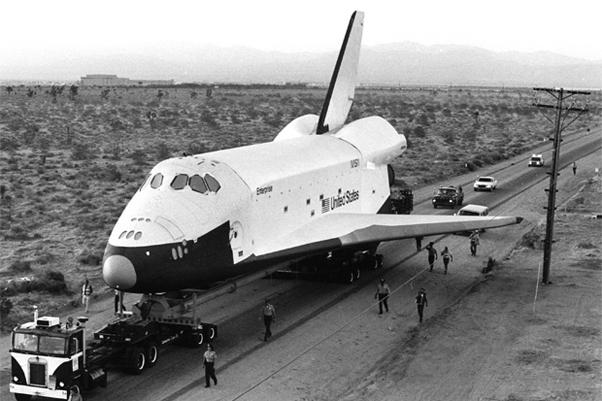 Space Shuttle Enterprise is transported the 36 miles from the Rockwell factory in Palmdale, California, to Edwards Air Force Base, 31st January, 1977. 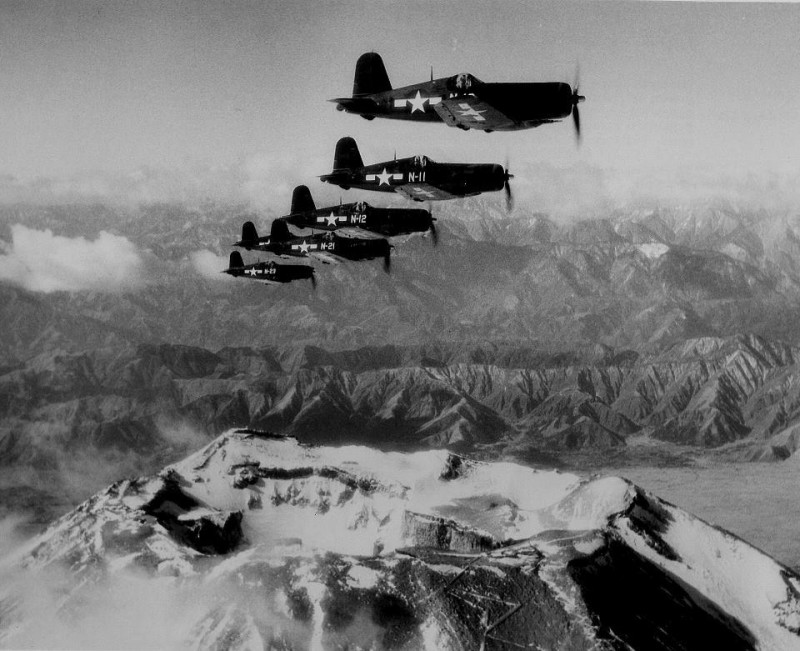 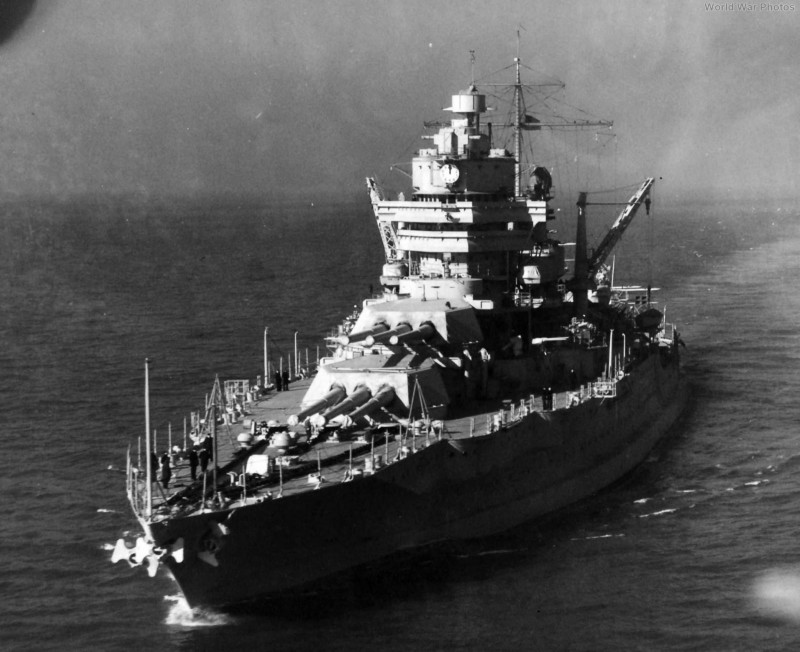 12 responses to On This Day January…31st 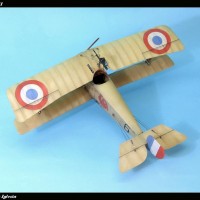 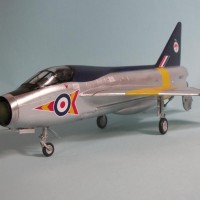 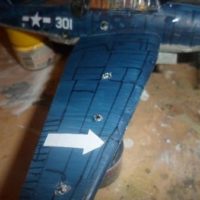 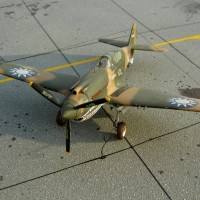