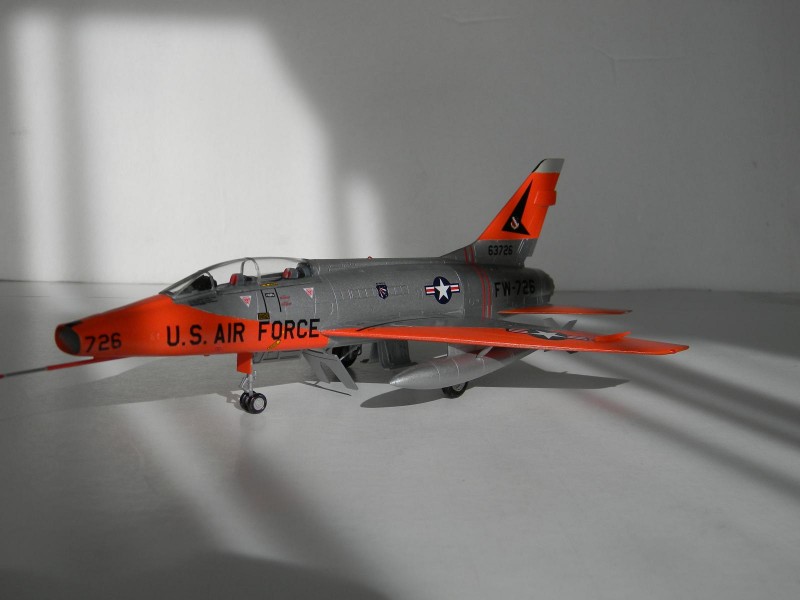 This was one of three F-100Fs utilized as Chase aircraft early on in the X-15 program at Edwards AFB. Flying Chase -1, it would take off with the NB-52 and fly formation during the climb out and cruise to the launch lake. The chase pilot would visually verify various parts of the X-15 checklist such as control surface movement ,propellant jettison,, ballistic system check, APU start and engine priming. They were later replaced by the T-38.The F-104 was also used as chase planes, usually covering the launch and subsequent landing.

Using the book 'Hypersonic- the story of the North American X-15' as reference for my recent B-52/X-15 build I noticed photos of the chase planes, for some reason the two seat Hun caught my interest. the only draw back is there's not to many detailed photos of said A/C, even on the net.

I settled for a scheme used on aircraft 56-3726 early on in the program, resplendent in the orange.

I used the kit standard USAF decals with homemade serial and buzz numbers, for the AFFTC tail and badges, I purchased an extra decal sheet from Atlantis' B-52/X-15.

The book I mentioned as reference has a wealth of info for any one interested in X-15, it was quite a program. The kit I used was the Italeri 1/72 F-100F. 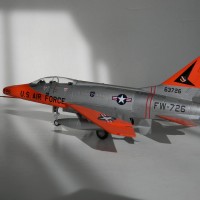 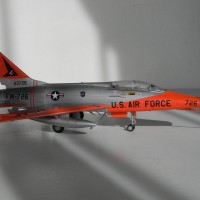 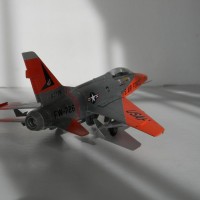 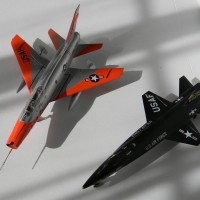 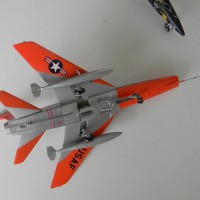 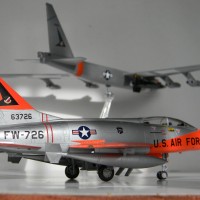 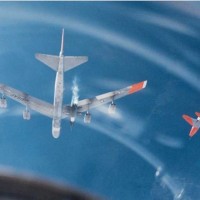 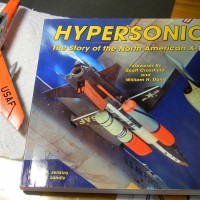 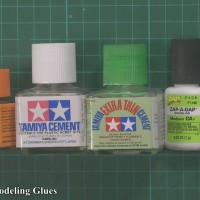 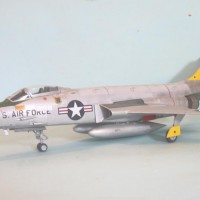 Trumpeter 1/16 SU-100, or “How to determine your workbench is level for only 200 dollars”
Wes Pennest