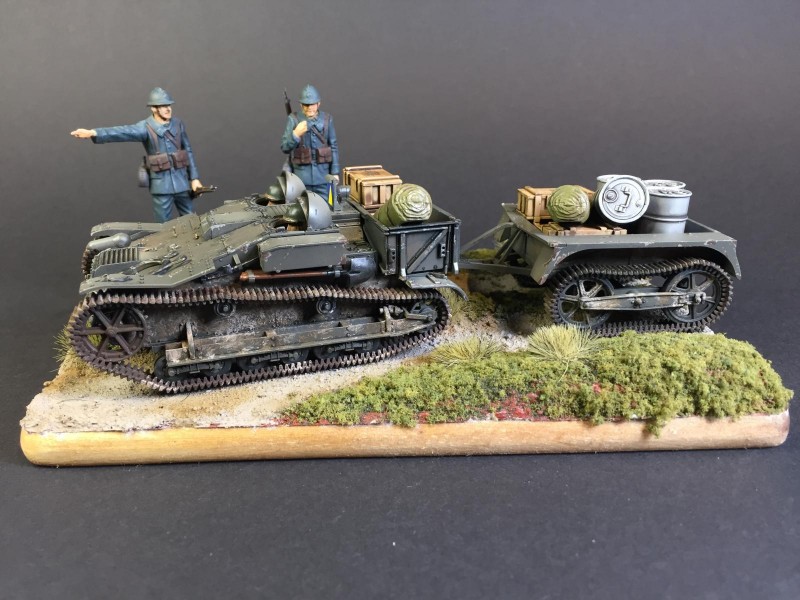 As the French army underwent mechanization in the 1920s, the need arose for a small, tracked armored vehicle capable of transporting supplies and weapons to the front lines and towing light artillery. In October 1930, Renault’s armored carrier EU was chosen by the French army among several competing designs and production of the first 60 operational vehicles was completed by September 1932.

At 2.8m long, 1.74m wide, and 2.6 tons fully loaded, it was a sturdy, compact design that featured a riveted joint hull construclion and a reliable suspension with garter beams supporting the road wheels.
The two member driver/navigator crew was housed in a central compartment, but since their heads protruded from the chassis, special dome-shaped hatches where
mounted to argument the canie’s 9mm armor and protect from fire and shrapnel. A 38hp gasoline engine enabled a road speed of 30km/h, while over 1 ton of cargo
could be caried on the tiltable rear deck and towed trailer. Approximately 4,900 amored carrier EU’s were produced until June 1940, including the UE2 variant which
featured 4-speed transmission instead of 3-speed, and tow shackles in place of the pigtail hooks. When France capitulated to Germany on June 1940, approximately 3,000
captured armored carrier UEs were pressed into scervice with German forces, which used them as transports, artillery and aricraft towing vehicles 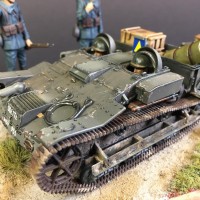 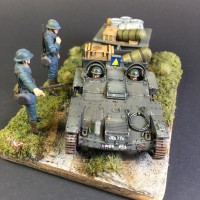 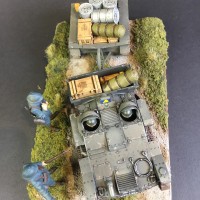 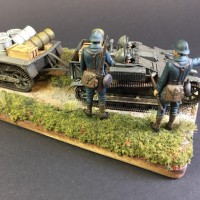 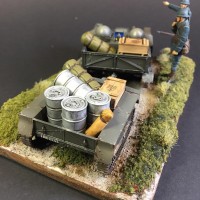 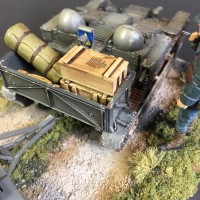 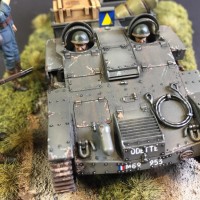 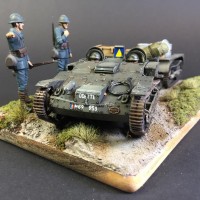 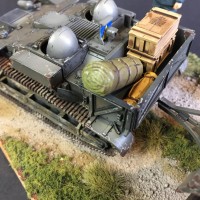 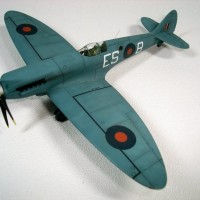 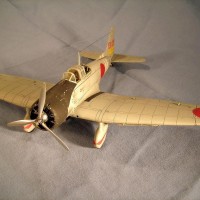 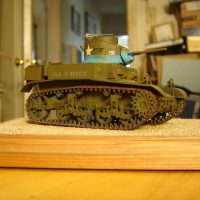 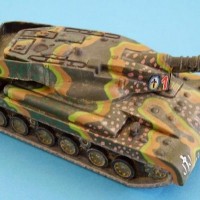