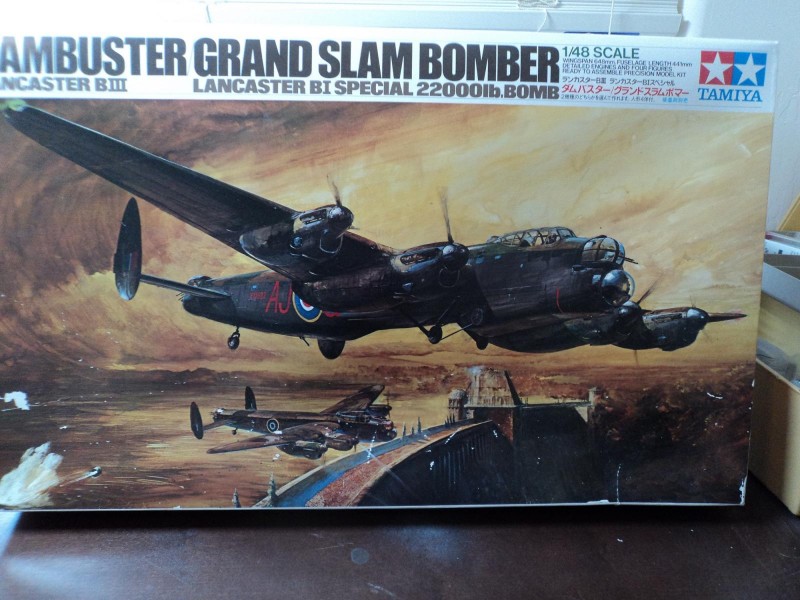 I started out 2019 by "buying" into the 1/32nd HK Models Lancaster. The thing is huge. Anyway, to get my chops up for the big build, I picked up the Tamiya 1/48 Dambuster kit. Having always been fascinated by the story of Guy Gibson and his fellow pilots, Barnes Wallis, the training and especially the movie and having built the Revell kit 50 years ago, (was it that long ago?) I opted for this kit. Having finished 2018 with the Tamiya 1/48 Lancaster build, I was in for a bit of a surprise with this kit. Tamiya had redone some of the moldings for better fitment in the engine area, correct smooth tires (tyres), better and more accurate rear turret and the narrower props. It was also molded in grey vice black plastic. The build went as expected, some filling and sanding in the engine area, but otherwise pretty straightforward. Using some sheet plastic cut to size, I added some hinges to the modified bomb bay as these opened for access to the motor that operated the bomb spinning mechanism, otherwise pretty much OOB. I don't recall where I got the decals, they may have come with the kit, but I did A J-T which was the airplane that was flown by Joe McCarthy, the only American in the bunch. Paints used were Tru-Color paints overall. I painted the bomb, actually a large depth charge, a rust color. I did start the 1/32nd HK Lancaster, but it is just too big and it now sits in the box, packed for the day when I get the motivation to finish it.

In June of 19 I got together with my Canadian Friends in Nanton Alberta Canada for their Western Canada Model show, which just happened to be the site of a "restored" Lancaster. The folks at the museum modified it this past year to represent a type 464 complete with spinning "Upkeep". It isn't airworthy but; they fire up the engines, start up the bomb and let you stand there and marvel at it. When it's shut down, you can go through it. Yes, that's me languishing in the dorsal turret position. It was quite the experience. 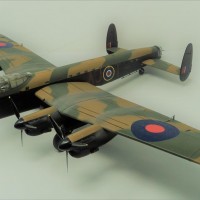 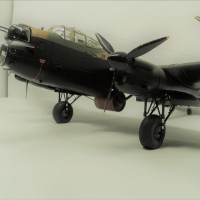 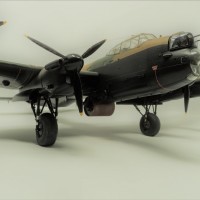 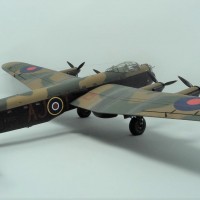 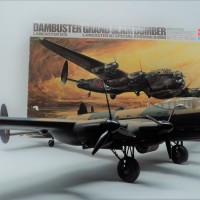 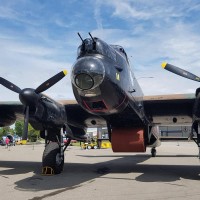 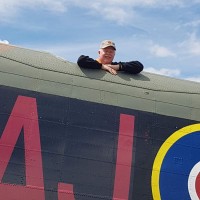 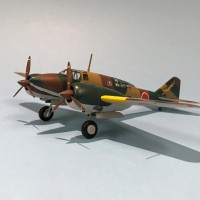 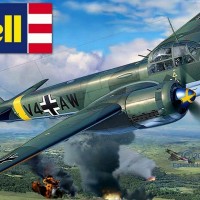 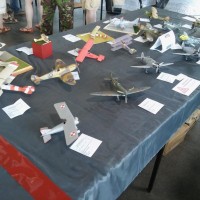 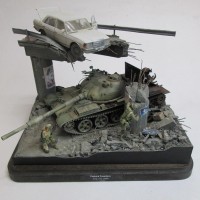