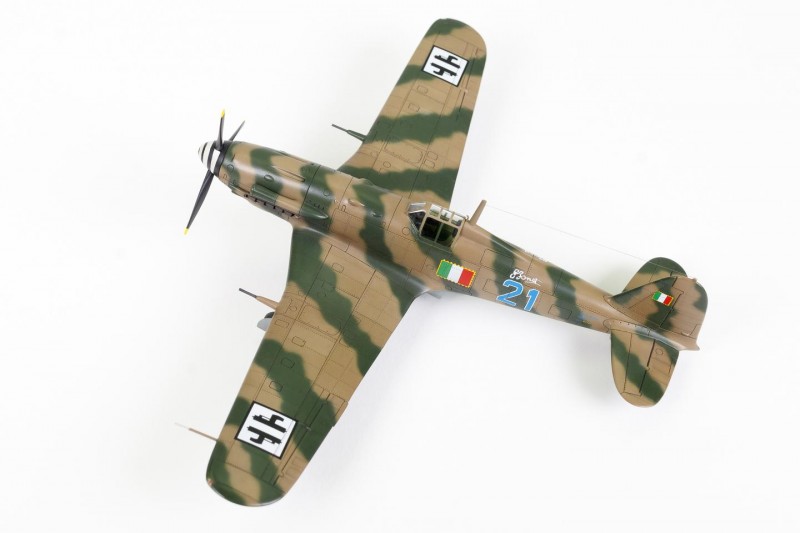 My most recent work is a machine of the 1st Gruppo ANR, stationed in Vicenza, northeast Italy in summer 1944. I don’t know any interesting details about this particular airframe, but I liked the herringbone camo. It is quite under-represented, almost everyone seems to do the splinter pattern or the German colors. The only photo known to me is in the excellent book The Camouflage & Markings of the Aeronautica Nazionale Repubblicana by Ferdinando D'Amico and Gabriele Valentini. It shows just a partially obscured wrecked hulk. Fortunately, the camo pattern can be approximated from a much better-documented machine - the one which defected to the Allies.

As for the kit, this is a typical product by Sword, a quality, detailed shortrun, but shortrun none the less. I won’t hold against them all the flaws which simply come with the technology (I had to rescribe everything and adjust or replace all the small parts).

Just a few remarks regarding the build:

The chin oil cooler, in a rather strange engineering decision, is split and molded together with the fuselage halves - it would be much easier to have it as a separate part.
The front window of the windshield has a wrong shape, it is more “A” shaped, while the sides should be parallel.
There are two canopy frames missing. The large side windows are undivided, but in reality, there were two sliding windows on each side and a thin frame in between.
I just sanded all the framing down, reshaped the windshield a bit with a sanding stick (the sides are still not parallel, but closer), then re-polished everything with Tamiya compounds.
The antenna mast is a bit too robust - my bad, I should have noticed earlier.
The undercarriage struts were quite fiddly, as is always the case with these Italian U-fork designs.
Exhausts are resin replacements intended for Bf 109G by Finemolds.
On some photos of the real aircraft (including a similar machine with a spiral prop hub and probably a herringbone camo as well), I noticed different cannon “sleeves”: short, with protruding gun barrels. So I changed them on my model accordingly.

As for the paint job, I used Tamiya acrylics. I cut my own masks for the clear parts, for the prop hub spiral and for the fabric effect on the control surfaces (I will probably market those later as Airone Hobby).
The color combination should be Verde Oliva Scuro and Nocciola Chiaro, but on real photos of the herringbone machines, it looks much less contrasty than I would have expected (even when taking some sun-bleaching into account), considering the real VOS was very dark, almost black-green. To lower the contrast a bit, I added a lot of white and some yellow into the XF-27, which I normally use as the VOS.
Decals by Techmod are excellent (probably the best on the market nowadays), but a bit tricky to use, as they are very thin.

That’s all folks. Feel free to ask any questions and as always, I appreciate any constructive criticism and comments on historical accuracy - don’t be shy to count those rivets! 🙂 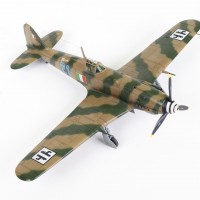 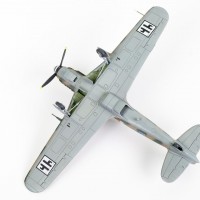 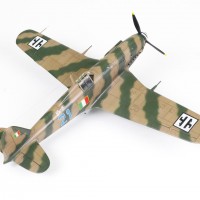 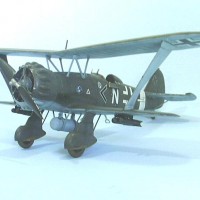 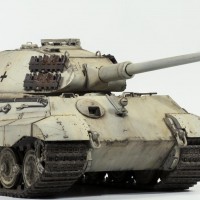 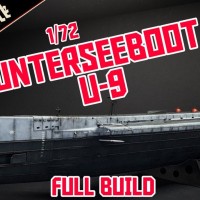