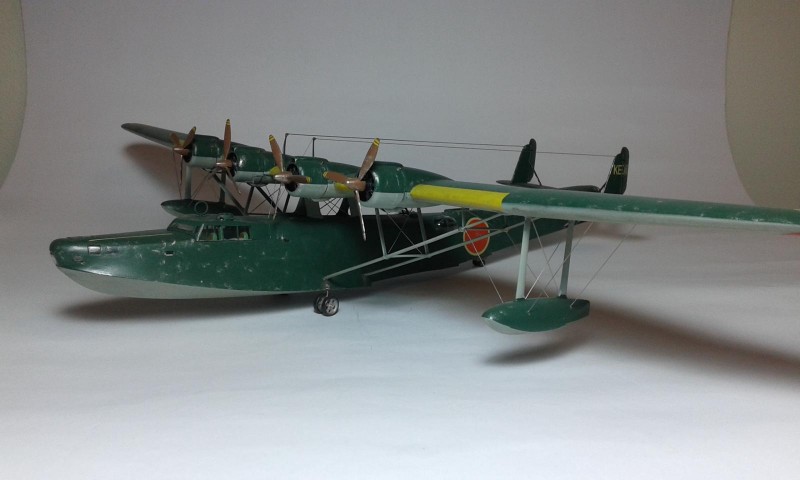 Here is my 1/72 Kawanishi H6K5 "Mavis" flying boat, done about ten years ago.

The Kawanishi H6K was an Imperial Japanese Navy flying boat produced by the Kawanishi Aircraft Company and used during World War II for maritime patrol duties. The Allied reporting name for the type was Mavis; the Navy designation was "Type 97 Large Flying Boat" (九七式大型飛行艇).
The aircraft was designed in response to a Navy requirement of 1934 for a long range flying boat and incorporated knowledge gleaned by a Kawanishi team that visited the Short Brothers factory in the UK, at that time one of the world's leading producers of flying boats, and from building the Kawanishi H3K, a license-built, enlarged version of the Short Rangoon. The "Type S", as Kawanishi called it, was a large, four-engine monoplane with twin tails, and a hull suspended beneath the parasol wing by a network of struts. Three prototypes were constructed, each one making gradual refinements to the machine's handling both in the water and in the air, and finally fitting more powerful engines. The first of these flew on 14 July 1936 and was originally designated Navy Type 97 Flying Boat, later H6K. Eventually, 217 would be built.

H6Ks were deployed from 1938 onwards, first seeing service in the Sino-Japanese War and were in widespread use by the time the full-scale Pacific War erupted, in December 1941. At that time of the war, four Kōkūtai (air groups) operated a total of 66 H6K4s.

The type had some success over South East Asia and the South West Pacific. H6Ks had excellent endurance, being able to undertake 24-hour patrols, and were often used for long-range reconnaissance and bombing missions. From bases in the Dutch East Indies, they were able to undertake missions over a large portion of Australia.

However, the H6K became vulnerable to a newer generation of heavier armed and faster fighters. It continued in service throughout the war, in areas where the risk of interception was low. In front-line service, it was replaced by the Kawanishi H8K. (from Wikipedia)

My kit was the 1995 reissue of the venerable (1970) Hasegawa kit. Oldie it might be, but is a real beauty, with good overal shape, sufficient external details and sparse 70's fashion cockpit that CAN be seen, shouting for some extra detail.

From what I can remember, construction was straightforward, presenting no real problems. Fit was not excellent but pleasantly ok (it would be scary for a flying boat of this shape to have really bad fit...). I paid some extra attentin to the many struts this girl has (take your time here...).
Painting was the classic green-over-gray.
The decals were initial release (...1970) but behaved beautifully.
Rigging was done with streched sprue.
I did some chipping, engines' smoke stains and quite a bit dirt and corrosion underneath, as she was operating in less than perfect conditions.
This kit isn't shake and bake and I would say that, because of the multistrut construction, is relatively complicated.
However, building it was an addictive process, just couldn't stop!
Hope you like my rendition of this beauty. 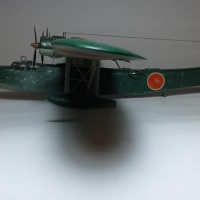 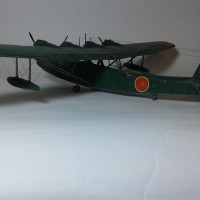 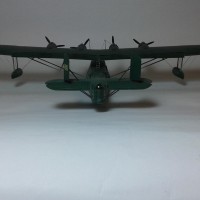 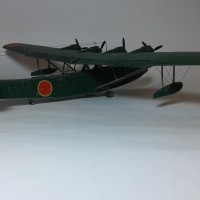 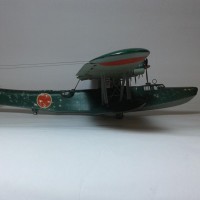 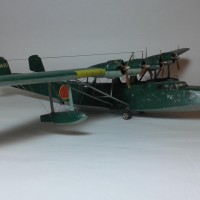 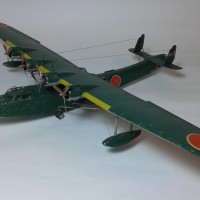 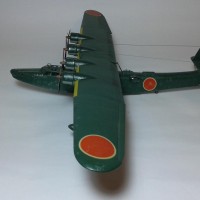 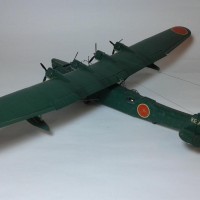 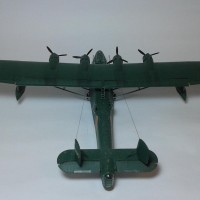 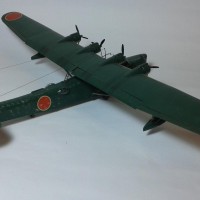 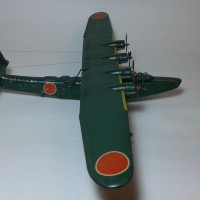 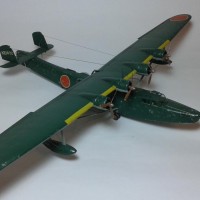 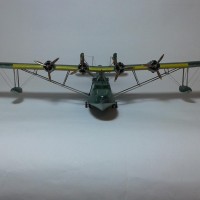 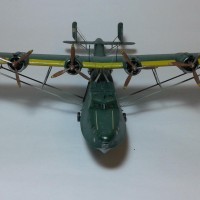 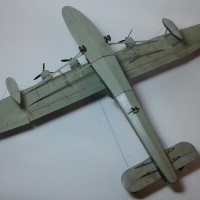 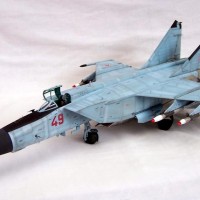 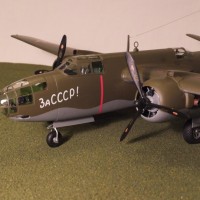 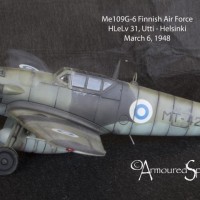 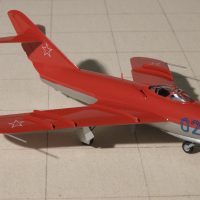