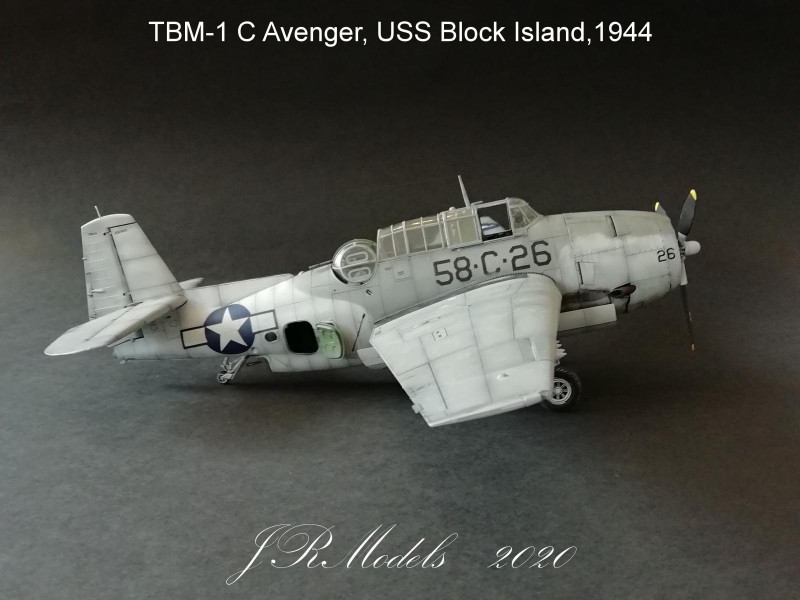 The Grumman TBF Avenger (designated TBM for aircraft manufactured by General Motors) is an American torpedo bomber developed initially for the United States Navy and Marine Corps, and eventually used by several air and naval aviation services around the world.

The Avenger entered U.S. service in 1942, and first saw action during the Battle of Midway. Despite the loss of five of the six Avengers on its combat debut, it survived in service to become the most effective[citation needed] and widely-used torpedo bomber of World War II. Greatly modified after the war, it remained in use until the 1960s

This my third finished kit on corona year, i stay much time on home, then normal. Because i want another plane than usually Pacific schema and my lovely yellow wing is impossible, that is result.
Need seat belts and rockets, but Eduard do it. 🙂 ( Rockets from new Eduard Mustang and fit excelent) 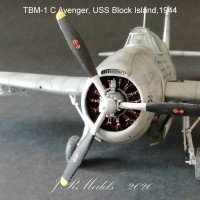 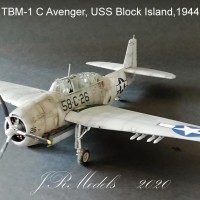 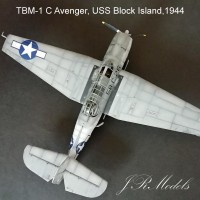 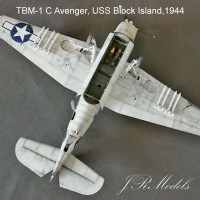 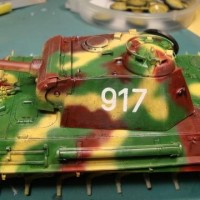 Weather you like it or not….yer number is up! 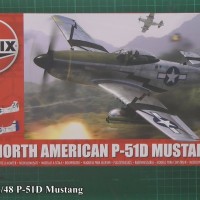 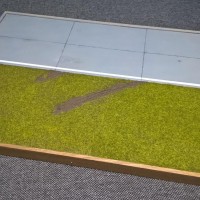 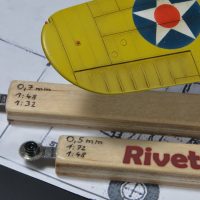