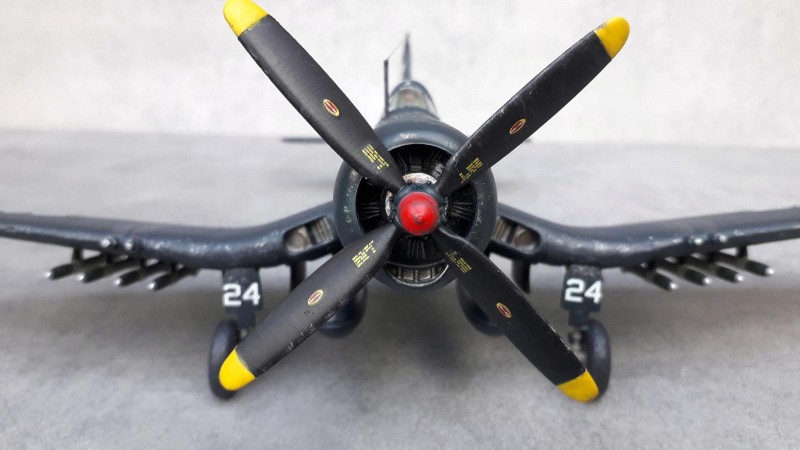 Got this model from my daughter as a fathers day present.
This gave me extra drive to make it as nice as possible.

The kit itself is meant to have retractable gear and folding wings.
I decided to fix all these elements because having all these movable parts results in lots of gaps which I did not like.
It meant that I had to use quite a lot of putty and do the same amount of grinding.
Although there are still signs of the grinding, to me it turned out not that bad.
For the rest, the fitting is ok.
Because of the age of the model, it consisted of raised panel lines and lacks of details.
Still you are able to make a decent model out of it.
Decals came out pretty nice as well to my opinion.
To remember the age of the model, I left the copyright markings on the bottom of the fuselage.

At the end of the build I almost ruined the plane, I was at the point to bring on the varnish, so I filled up the airbrush and brought the system under pressure.
Just before pulling over the lever I noticed that I filled the cup with primer instead of varnish.
Lesson learned from this is that I will not put the primer and varnish next to each other anymore.

The model is build OOB, except for adding a lot of putty.
Exterior paint (Glossy Sea Blue 71300), primer (white) and varnish (satin) are all from Vallejo. 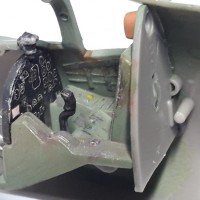 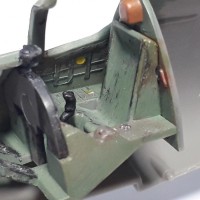 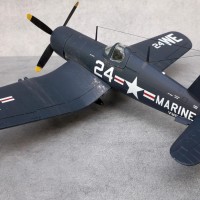 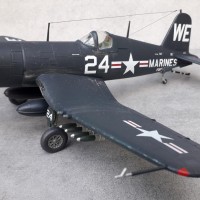 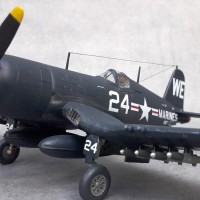 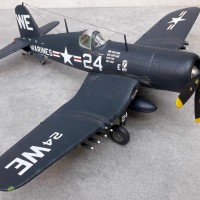 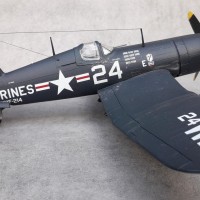 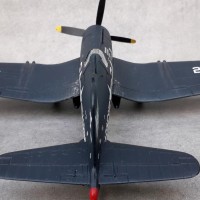 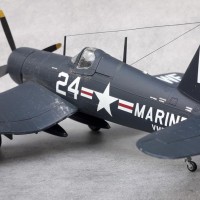 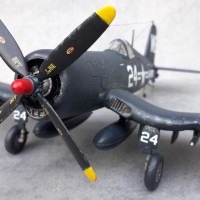 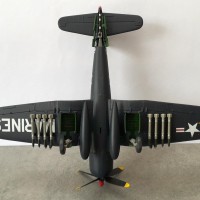 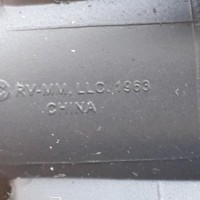 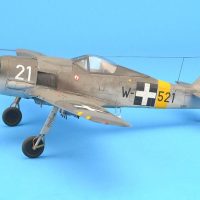 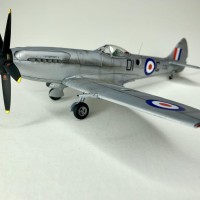 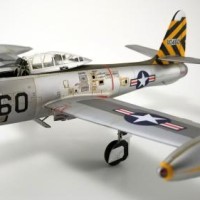