The Super Mystere Sa'ar was a development of the French version which the original ATAR turbojet was replaced with a non afterburning J-52 that was used in the IAI's A-4 Skyhawks. It served in the 1967 and 1973 Arab Israeli wars gaining some notoriety as they were used in the Israeli attack on the intelligence ship USS Liberty in 1967.

Probably the easiest Special Hobby kit I've built. The seam work was fill/sand but few repeats unlike the typical Special Hobby kit which requires multiple sessions of fill/sand. The wing to fuselage required some filler (Acrylic putty) and some plastic card inserted at the end to keep the trailing edge glued to the fuselage. The fuselage was glued together mostly with CA glue on the visible seams and Tamiya extra thin for the hidden ones (this method pretty much eliminates the phantom seam as CA glue doesn't shrink unlike seams glued with Tamiya extra thin (or any other liquid glue for that matter.))

This model needs some nose weight but I forgot so I had to jam five BB sized lead sinkers in the intake to keep the nose landing gear on the ground. This was my only major mistake with the model.

I picked the operation version of 096 because I like the Israeli Netz camo scheme even if it is a pain sometimes to paint. The wheel wells were painted Vallejo off white and the intake silver, the rest of the plane was painted in Tamiya Colors (Sky Grey, Buff, Dark Earth, Mitsubishi Interior Green, Metallic Grey , light blue and flat black) with cut tape masks to keep the demarcation lines between the colors sharp. The decals weren't a problem and the plane was weathered using Tamiya brown and black panel line washes.

The final assembly was the canopy which was quite fiddly.

I don't usually build 1/72, but unfortunately all of the 1/48 versions of the Super Mystere are either out of production and short run kits that aren't easy to build. 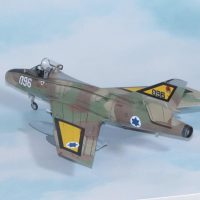 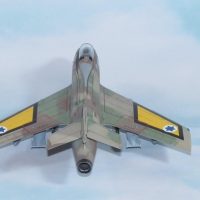 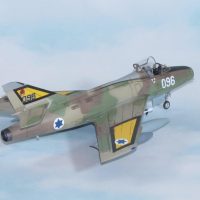 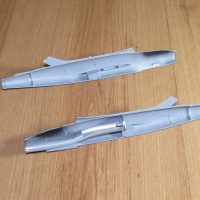 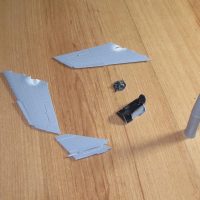 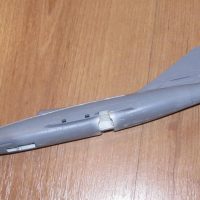 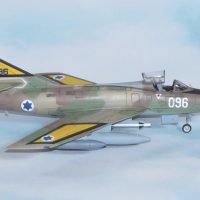 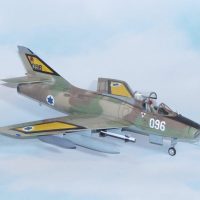 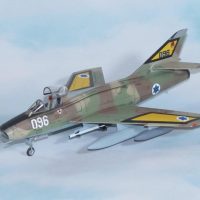 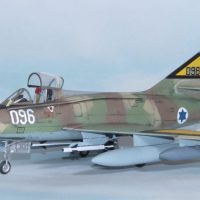 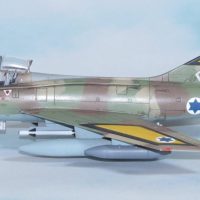 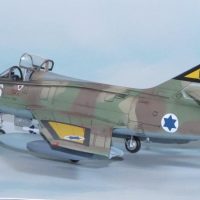 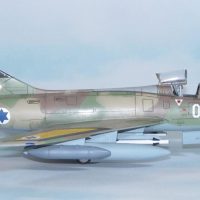 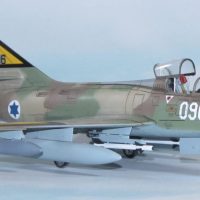 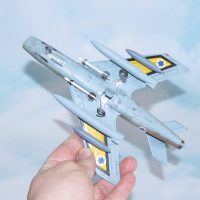 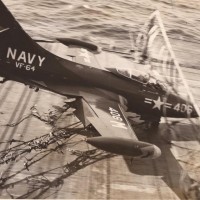 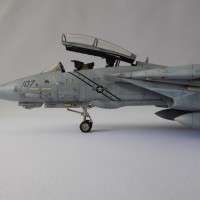 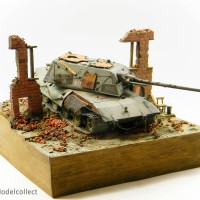 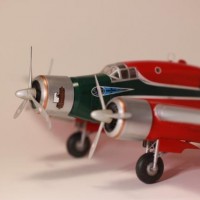