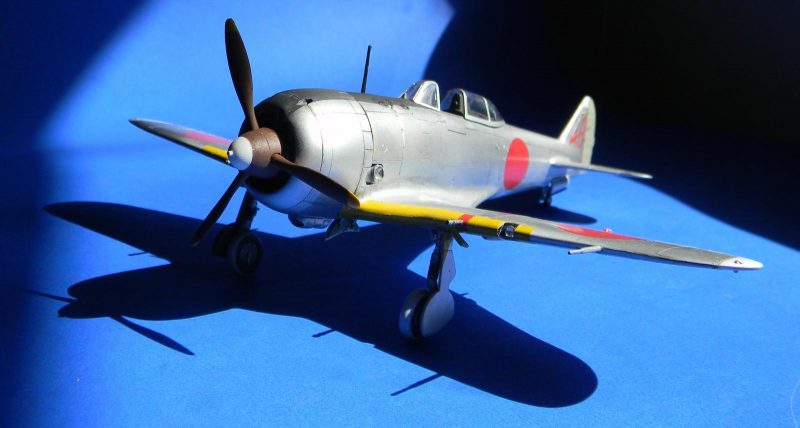 Once again I found myself at the Hobby Store wanting to do something easy and relaxing and for some reason the store owner likes to have Nakajima Ki44 1/48 kits on the shelf. Apparently they sell. This would be a short quick build . . . like going to war.

The paint scheme wasn't complex and the opportunity to show the lines and shape of the Ki-44 would go well with a simple natural metal finish. Assembly was straight forward with out any of the Hasegawa inserts. The only problem was the control stick that would fall out from sausage sized fingers that repeatedly knock the stick out of place after gluing the two fuselage halves together and even with the use of hemostat the tool that surgeons use to repair delicate tissues in the human body, did I manage to loose the stick. No problem, I scratched built a new stick, prior to that I painted the interior of the cockpit Nakajima cockpit green Tamiya XF-71, paint the gauges in black and picked out the details with colored pencils. Followed by a wash of Tamiya panel line accent color in black. Followed by some Tamiya tape for a seat harness. Having ended the first campaign we moved on to the main battle.

For years I had used Floquil model rail road paints and had gotten used to using Old Silver which was the go to product for ham fisted modelers who needed to have good results with out fussing about. The end is near and the age of enamel paints and lacquers for hobbyist is moving south. Kicking and screaming I pulled out Model Master Aluminum Metalizer Lacquer and started to use with what seemed like a ten year battle of lifting off Metalizer with Kabuki tape applying another application of Metalizer follow by creating another error or having something bleed onto another panel line. I started to mix various shades of Lacquers in the Model Master line. Sometimes I found that by lightly shaking the aluminum bottle that you could get subtle shades of aluminum too. After each application I started to brush on Pledge. (Going to Wally world to find the Pledge was an adventure during a pandemic . . . look mom no mask.) I would of, should of, painted the ailerons, elevators and the rudder first with Tamiya XF-72 but, you live and learn during the adventure. Next time. The yellow identification strips on the leading edge of the wing where painted in Testor's enamel chromate yellow. Another learning experience. After getting things into shape a final coat of pledge for decaling was done. For the most part the decals went on with out a problem until one of the bottom red roundels split and start to come apart. Rather than try to fix the decal I chose to remove it and its companion piece on the other wing. Out came the OlFA cutter and two circles where cut in Kabuki Tape and used as masks to replace the decals. Painted Tamiya red. The red was not coated with Pledge and the rest of the model was given another coat. Panel lines where accented with more Black Panel Accent color. Applied like a pin wash. The canopy was finished with a Eduard mask and dipped in Pledge . The landing light was replaced with a MV lenses. Covered with scotch tape and The model sat for several months.

Fortunately, Louis Gardner gave another shout out for "The Empire of Japan 1919-1946" group build. Thank you, Lou. A photo shoot was planned. Then it was learn that a house cat had gone missing and unattended for an hour or two. Curiosity and closed doors do not mix well. Lady luck prevail the model had been looked over and the hair was removed. Nothing broken just another hair raising experience to a simple relaxing and easy build. The shoot was done with two production assistants in natural light. One assistant kept on batting the camera strap and the other cat wanted to inspect the hardware. Taking photos with one hand works, two hands on the camera and no cats works better. Eventually, everyone was professional and went about their business. 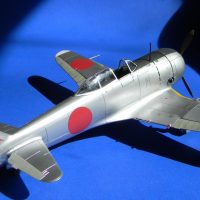 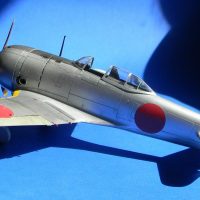 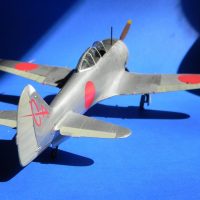 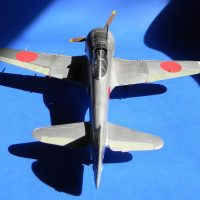 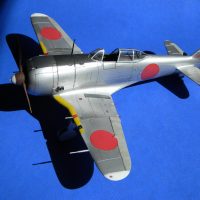 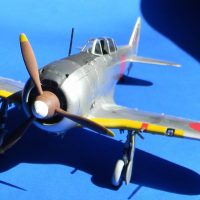 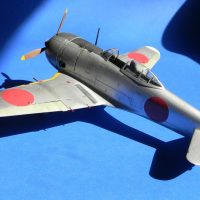 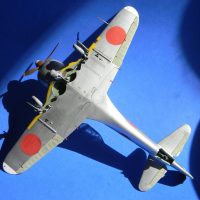 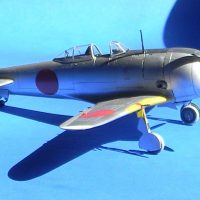 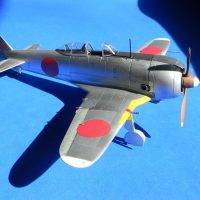 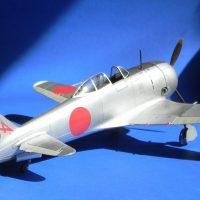 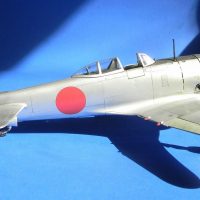 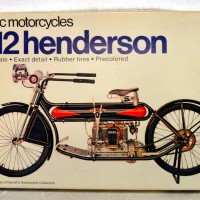 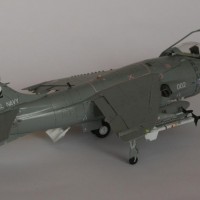 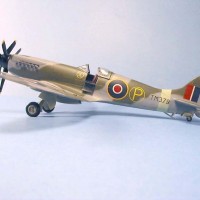 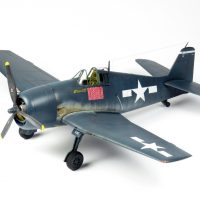