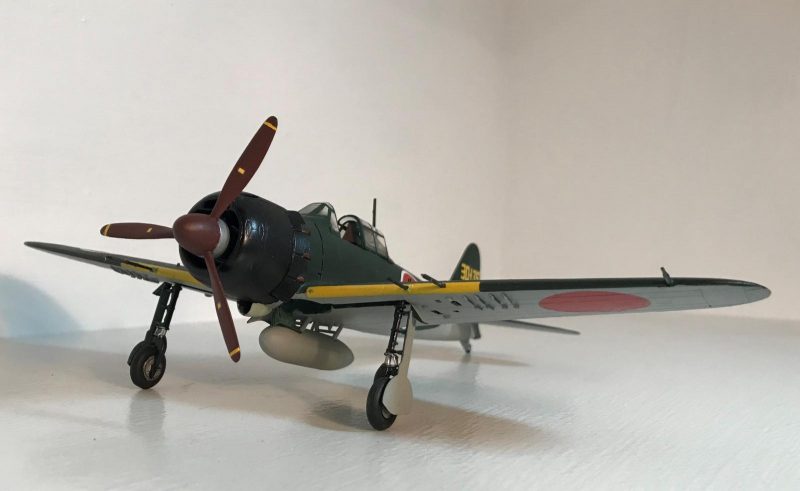 Presented for iModeler colleagues and friends, the Tamiya A6M5c Zero from 1983. Though the model is old, it is still quite good, in my opinion. After doing my N1K1 Shiden, I had an urge to do its contemporary, the late-war version of the famous Zero fighter. I had long ago done the Monogram A6M5 kit, which is from an era when Monogram did not know whether models were going to be toys or grown-up collectibles. The Monogram Zero is the early toy end of the spectrum, while the Tamiya kit is very grown up. I would not recommend anyone on this site to do the Monogram kit, except as a study of very early plastic models.

In the early 1980s, Tamiya started to distance itself from its competitors with their amazing color catalogs (very collectible in their own right), and with very good detailed kits for that time. This kit is a very worthwhile subject, and is representative of the excellence that emerged from high-end manufacturers of that time.

As with some other models, my appreciation for both the Mitsubishi and Tamiya product grew as I neared completion and could see this plane/replica from infinite angles. The Zero was an engineering marvel and is aesthetically very pleasing to the eye. My old Monogram (toy) did not capture the beauty of this airplane (mostly because their wing was too thick, and the detail too lacking). When accurately represented, this airplane is nearly as beautiful as an early Spitfire in many respects.

I really like the tight fit and high detail for its time, but surprisingly I had to carefully cut the decals, after they dried, to make the recessed panel lines become visible, plus a lot of setting solution over two days. The kit was bought at an IPMS Northern Virginia show and was in the stash for at least 10 years, so that likely contributed to my decal issue.

This model represents a 302 Kokutai plane stationed at Atsugi air base in August 1945, and is one of seven planes that can be finished with the kit-provided decals.

My 1974 Monogram Zero, with its 'Hawker-Hurricane-like' wing is also displayed in one of the pictures, mainly as tribute to Tamiya's excellence. It remains in my collection, and I believe it is my oldest kit. I refinished it in the early 1990s. 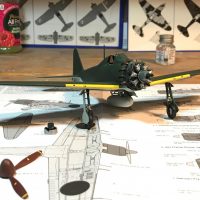 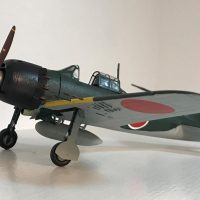 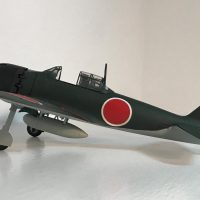 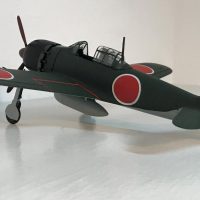 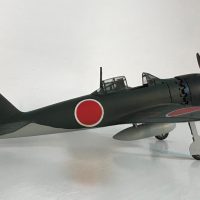 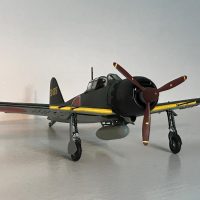 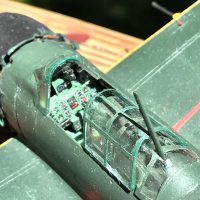 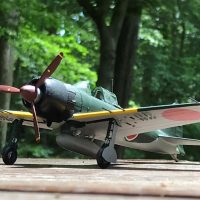 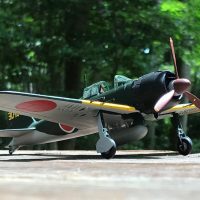 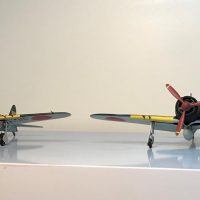 1. Monogram kit on right, with thick wing, does not capture the real aesthetic of the Zero. 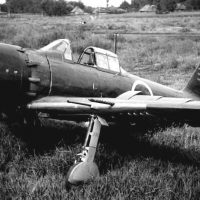 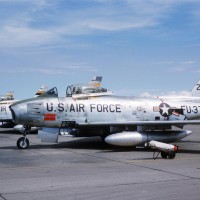 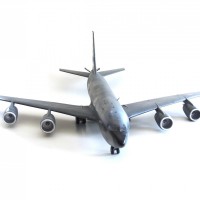 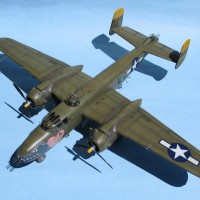 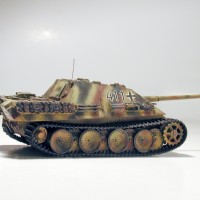