I generally build in 1:48 except for helicopters, for which I stay in 1:72. This is one of two that I've been working on for my model club's annual group build theme, "Rescue and Recovery." It's a Sikorsky H-5, the first mass-production helicopter ever. It was used by several service branches under various nomenclatures; the US Navy called it the HO3S-1. My model depicts "Honey Bucket," the aircraft shown in the Wikimedia Commons photo, captioned as taking off from USS New Jersey during the Korean War. There are other, more colorful options, but since seeing the movie I've always equated this helicopter with the one piloted by Micky Rooney in "The Bridges at Toko-Ri."

I used the AMP kit for the build, but also purchased an LF kit primarily for the USN decals. AMP is a relatively new company located in Ukraine; they produce this subject both in 1:72 and 1:48 scales and in several different boxings. Their kits are basically short run and require a fair amount of parts clean-up. In particular, virtually all locating pins and shafts are too big to fit into their respective holes, and the kit is engineered with a profusion of tiny parts. It is without doubt the most fiddly kit I've ever completed. The nose wheel assembly, for example, comprises no fewer than nine parts including four for the wheel alone. The front glazed section is molded in five clear pieces plus a separate door on each side. It all fits together reasonably well, and AMP provides quite good masks for the windows. Overall, the level of detail is quite decent for such a small model.

I made a few modifications during the build. The Wiki photo clearly shows a lower extension to the port side step assembly with additional bracing underneath, so I fashioned it from pieces of stretched sprue. AMP doesn't provide the prominent ventral antenna mast, so I cut one from .010" sheet styrene. Finally, the AMP hoist hook is a flimsy piece of PE, so I used the hook from the LF kit and added the grey rectangular piece above it as shown in the photo using some strip styrene.

I used Luftwaffe RLM 02 (Mr. Color) for the cockpit interior as recommended by the kit instructions. The overall exterior color is Mr. Color C365 Gloss Sea Blue. I'm happy to recommend it as an alternative to my old stand-by, Model Master enamel: it's virtually identical in hue and dries much faster. The main rotor was fabric covered; online sources gave Light Gull Gray as the likely color, and another photo showed red tips. This same photo also showed wooden tail rotors, which I simulated with Burnt Sienna "varnished" with a 1-to-1 mix of Tamiya clear yellow and clear orange. 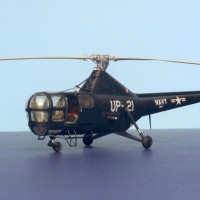 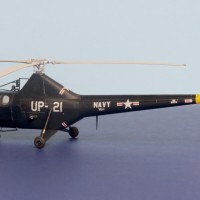 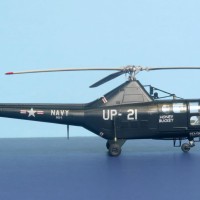 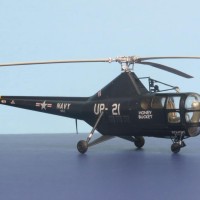 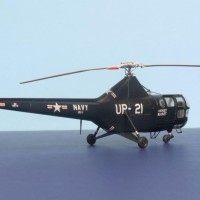 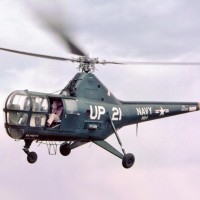 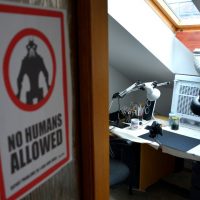 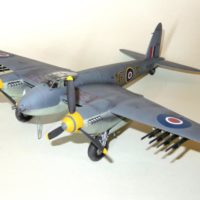 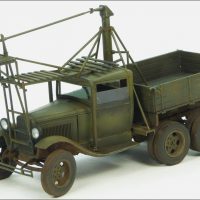 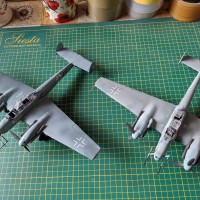 110-g's Schnaufer. One Revell One Eduard