Bomber naming was rare in interwar years but it did happen. It was very much a unit initiative and the names were sometimes quite temporary. Some names, however, endured for quite some time and were transferred between aircraft (see below). In the UK the aircraft chosen to bear names was the Vickers Virginia night bomber and the main proponents of this practice were Nos 9 and 500 squadrons. Both were intended to link the squadron with a geographical area.

No. 9 Squadron chose kings and queens of Wessex - the old Saxon kingdom linked to Alfred the Great (an English hero of empire days). The definitive list does not exist anymore and all that remain are the odd names captured in photographs or recorded in squadron records. Only 3 names are known to me: 'Caedwalla of Wessex' (J7716 and K2664), 'Caewlin of Wessex' (possibly K2655) and 'Cynric of Wessex' (J8908). The name was stamped on a metal nameplate fixed to the rear turret of the aircraft 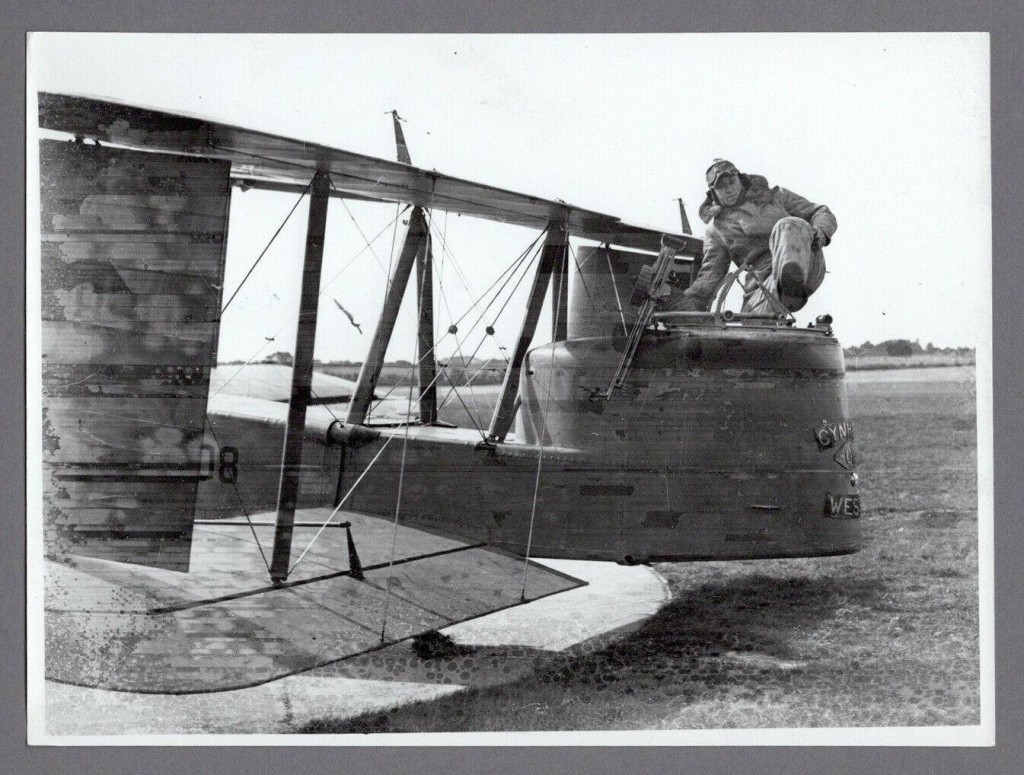 1. J8908 'Cynric of Wessex' showing the location of the nameplate

No. 500 (County of Kent) Squadron, one of the auxiliary air force squadron received Virginias when it reformed and several wore names of Kent localities. At least one aircraft was named at quite an elaborate ceremony with civic officials being present 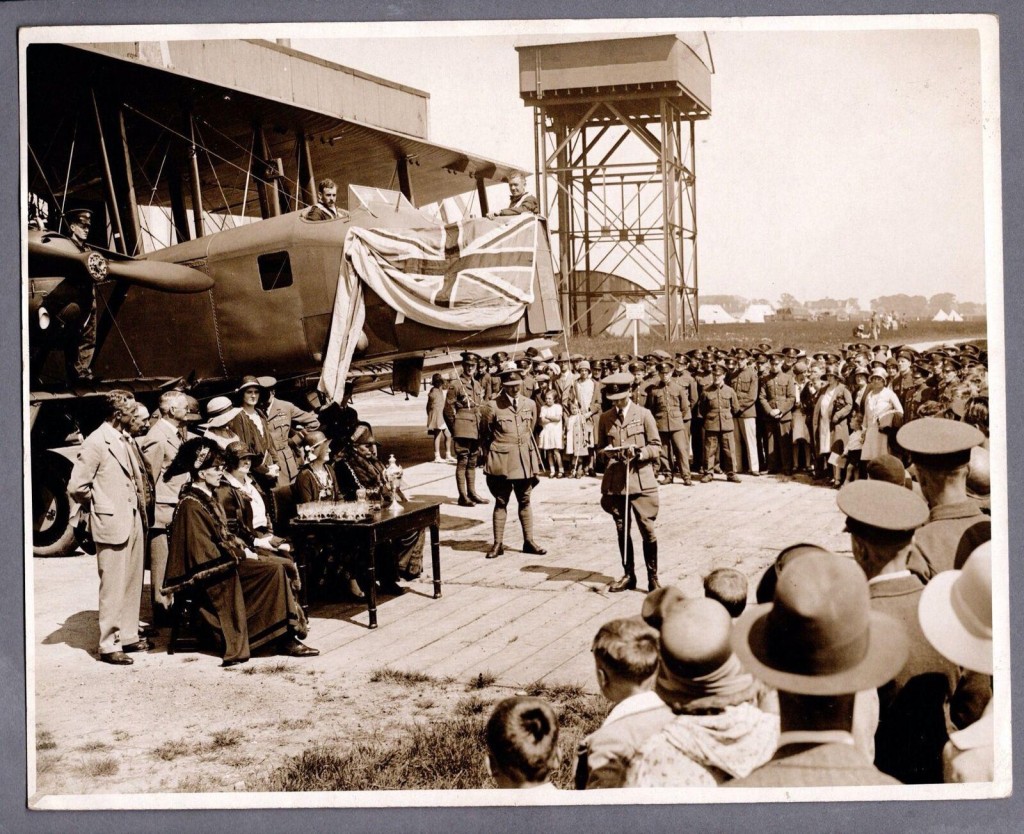 1. The naming ceremony for J8240 'Isle of Thanet'. The civic dignitaries in full regalia are very visible.

. The names I have been able to locate are: 'Isle of Sheppey' (J7438), City of Canterbury (J7566), Deal Castle (J7718), 'Isle of Thanet' (J8240) and Richborough Castle (K6228). Auxillary air force squadrons were very much regional units during the interwar period and it was a nice way of linking the squadron further with the area. These names were painted in white on the aircraft side beneath the front gunners station 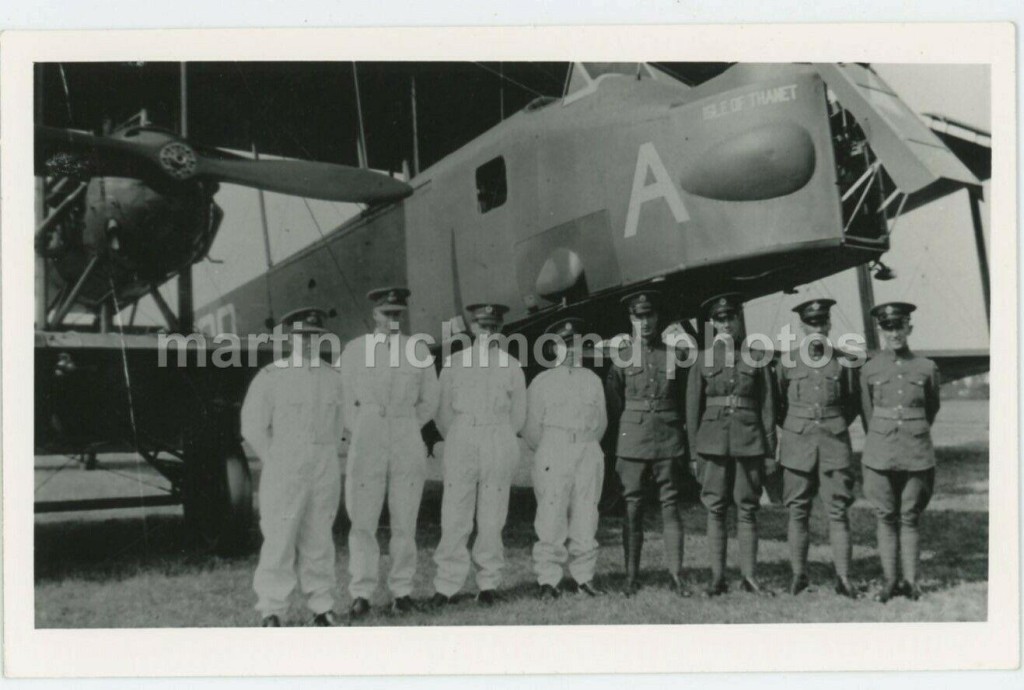 Both No. 9 Squadron and No. 500 Squadron's aircraft names lasted quite some time. The final example lasted for less than a month for one specific mission. These were the Martin YB-10s of the Alaska Flight.

In 1934 10 YB-10s (the preproduction version of the B-10) flew to Alaska for a mapping mission and to demonstrate that the US Army Air Force was a competent force after the fiasco of the airmail flights. Several (if not all of the aircraft) were named after Alaskan cities and towns - some of them quite small and insignificant. Articles indicate that all 10 aircraft were named but I have only found photos of 6. The flight did split into two units of 6 and 4 aircraft with the larger unit being the most filmed. The names were painted in white on the aircraft nose in the format 'City of...' with the Alaskan state flag. This seems to have been only for the ceremony as the flag and 'City of' part of the name was painted over 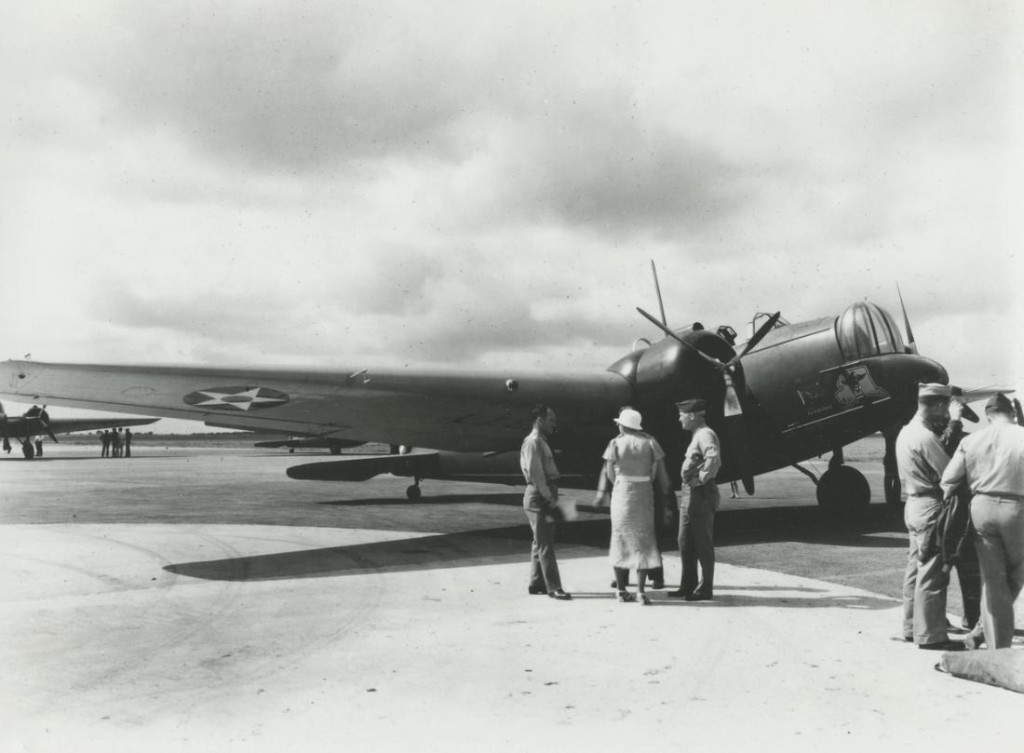 1. Visible on Martin YB-10 142 is the Alaska state flag and name 'City of Fairbanks'

. The names were painted out for the return flight to Washington with only Aircraft 148 (Juneau) retaining it's abbreviated name. The names were only used for the duration of the flight and presumably were not official. Known names are 'City of Fairbanks' (142), 'City of Anchorage' (145) and 'City of Juneau' (148). Other names allocated were 'Fort Yukon', 'Kodiak' and 'Tanana' but I haven't been able to identify the specific aircraft. Aircraft 145 also carried the inscription BPOE 1351 (Benevolent and Protective Order of Elks Lodge 1351) for the naming ceremony but this was also very temporary 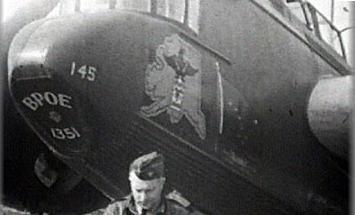 1. Martin YB-10 145 showing the name and Alaska flag. Also visible is the order of Elks inscription

Naming of interwar bombers wasn't very common at all and when it did happen it had a serious purpose as opposed to the names the USAAC used in the second world war. The RAF also continued to name bombers in the second world war but these were frequently to link a financial donor with a specific aircraft. The purpose of naming interwar bombers was very much to emphasize the regional links between the unit and the region. 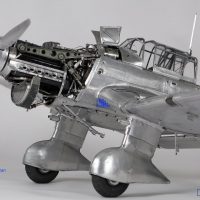 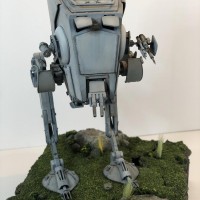 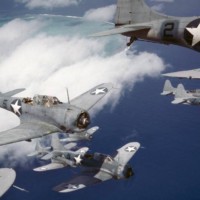 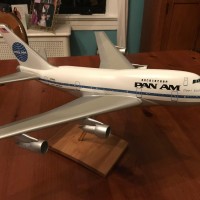