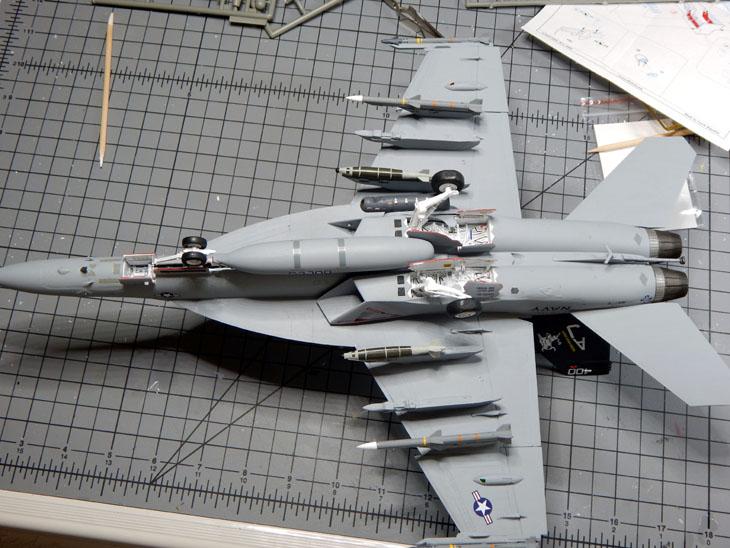 The kit itself went together well with the exception of the intake fit. As noted this kit represents the early super hornet so I added the ECS tubes for the later version. The Furball decals were pretty good. The only issue I had was the walkway stripes fell apart due to the thin film when I tried to slide them off. I ended up using the kit decals for these. Overall I am happy with the final results. I also took some photos next to “C” model (also a Revell kit) so that you can see the size/shape differences between the two. I also included a photo with a VA-37 A-7E. I served with VA-37 and transitioned out just before the changeover to the F/A-18’s. I just need to build an A-7A with the early VA-37 markings to complete my set of VA-37/VFA-37 aircraft.

You can check out the build of this from start to finish in my build log at https://davidsscalemodels.com/build-log/1-48-f-a-18e-super-hornet-from-vfa-37/ 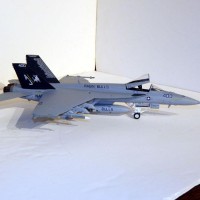 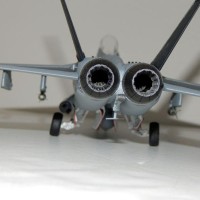 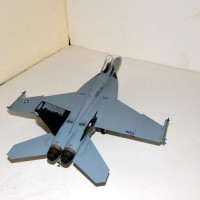 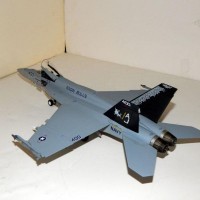 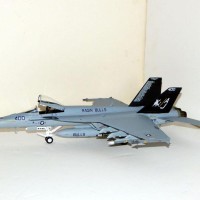 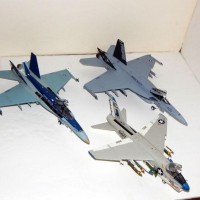 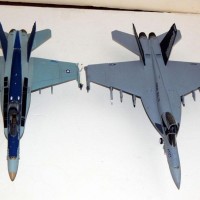 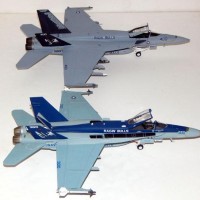 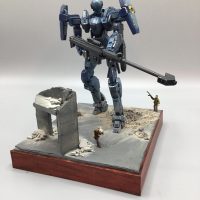 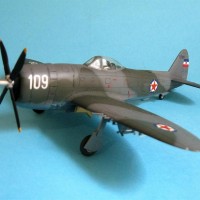 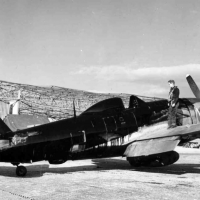 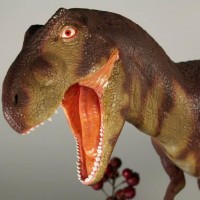