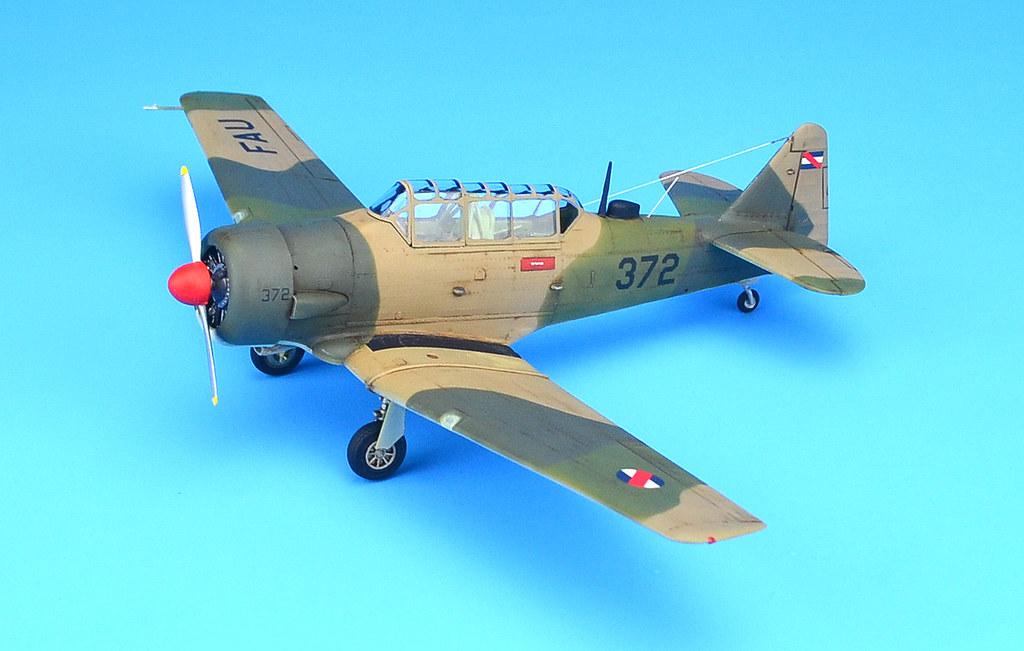 After the French Algerian War Texan, here´s my dad´s second T-6 for this year.
Used the 1998 Revell Germany boxing of the good old Monogram kit of 1979. The kit has only the football antenna and covered wheels, so my dad took the late style antenna and the spoked wheels from an Italeri kit. Decals are from Armycast, but the cowl numbers were too large, more like for 1/32, but found suiting replacement with a RAF code letter sheet from Fantasy Printshop. Seatbelts are from Eduard, antenna wire done with elastic thread, little spine antenna done with plastic rod. This aircraft had some big light or light cover on the belly, did some scratchbuilding there.
Camo was done with Gunze H311 FS36622, H310 FS30219, H303 FS34102 and H309 FS34079.
As with all old Monogram kits, also here the clear parts weren´t the best. The canopy parts had some streaks and little air bubbles, the landing light covers needed some filling with CA glue. The Revell Germany kit includes early and late canopies.

The FAU used the T-6 for a long time, from 1942 to 1992/93. Initially they came in shiny silver but later on they received a camouflage. Towards the end of their servicelife they looked really worn. Decided to make the model a little less worn. 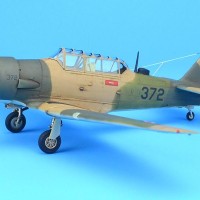 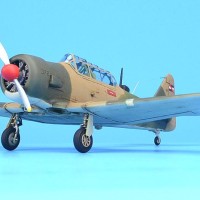 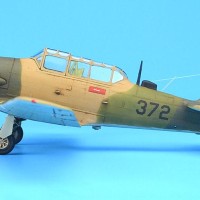 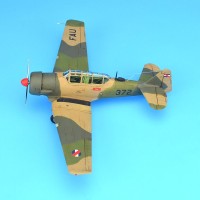 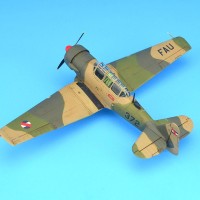 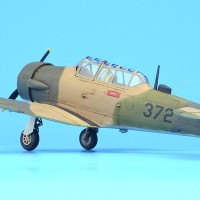 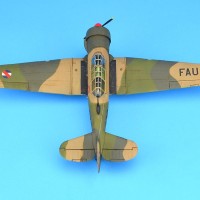 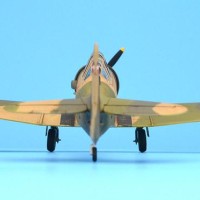 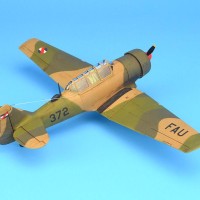 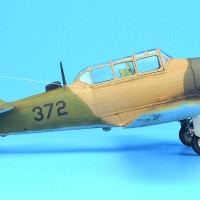 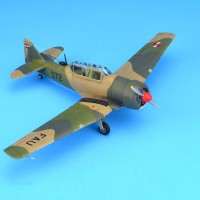 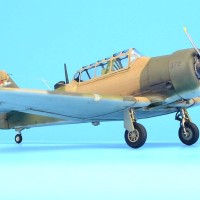 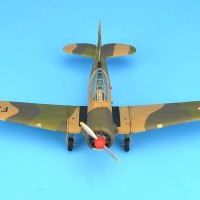 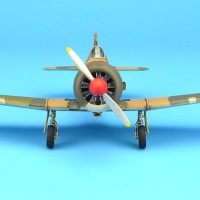 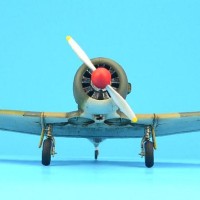 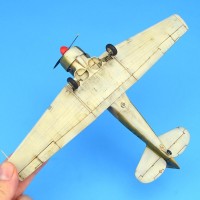 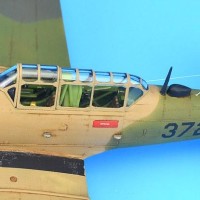 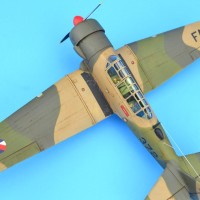 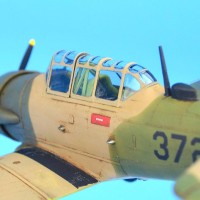 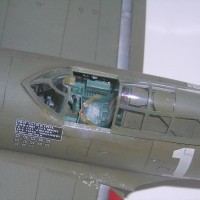 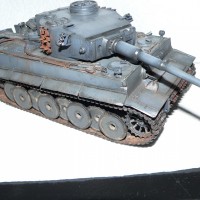 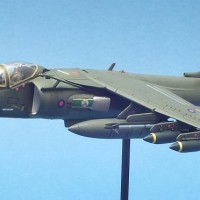