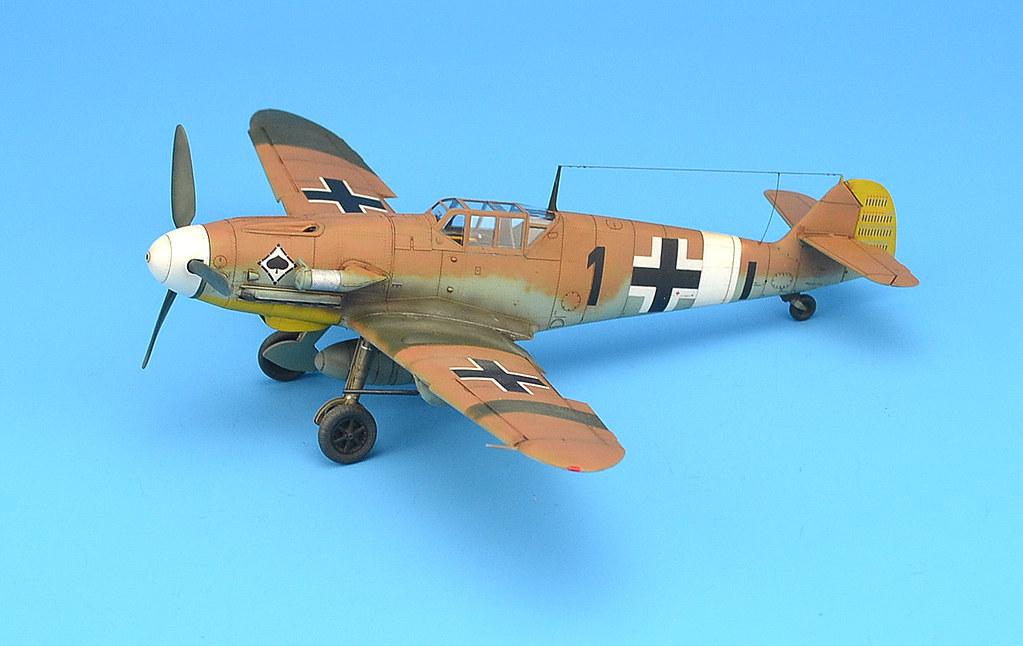 Franz Schiehs (also written Schiess or Schieß) was born on February 25th 1921 in Austria. He already participated in the Polish campaign but not yet as pilot. Later on he became one an served with JG53 over the British channel, the Soviet Union and at last in the MTO. In February 1943 he became CO of the 8. Gruppe. On September 2nd 1943 he led a sortie against US bombers over Italy and went MIA. It is supposed that he fell victim to P-38s.
Schiehs made it to Hauptmann, was awarded the Knight´s Cross and was credited with 67 victories.
The model shows his G-4 in April 1943 in Tunisia when he still was a Leutnant. 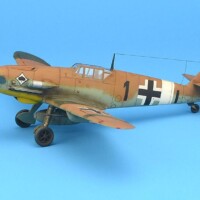 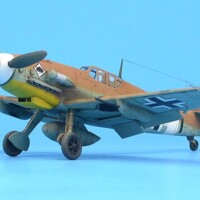 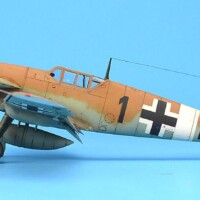 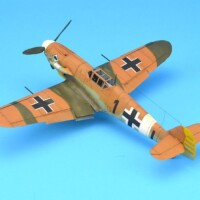 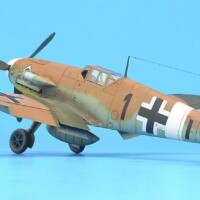 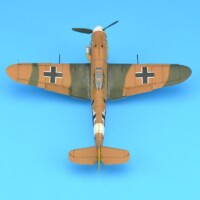 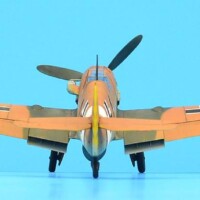 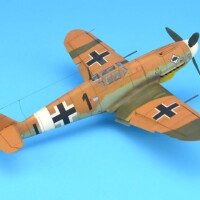 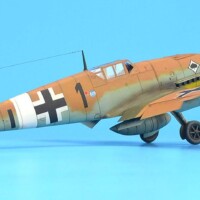 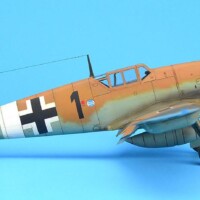 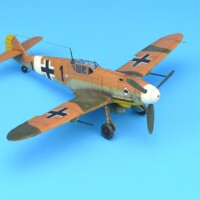 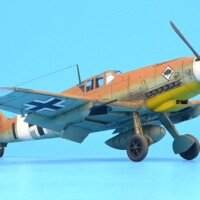 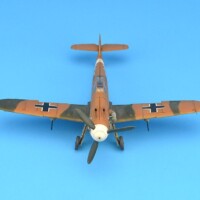 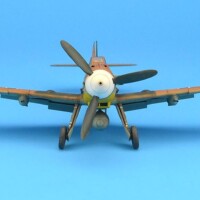 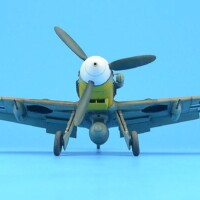 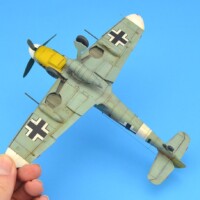 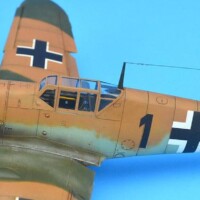 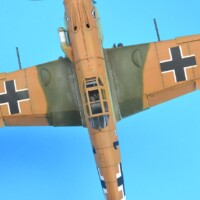 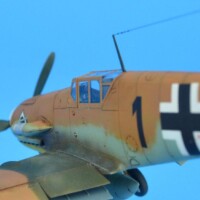 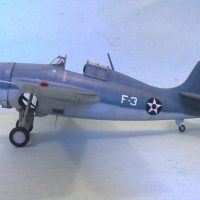 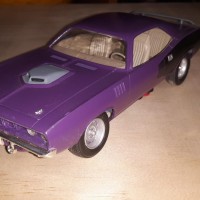 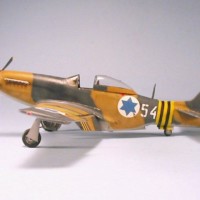 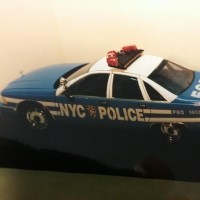