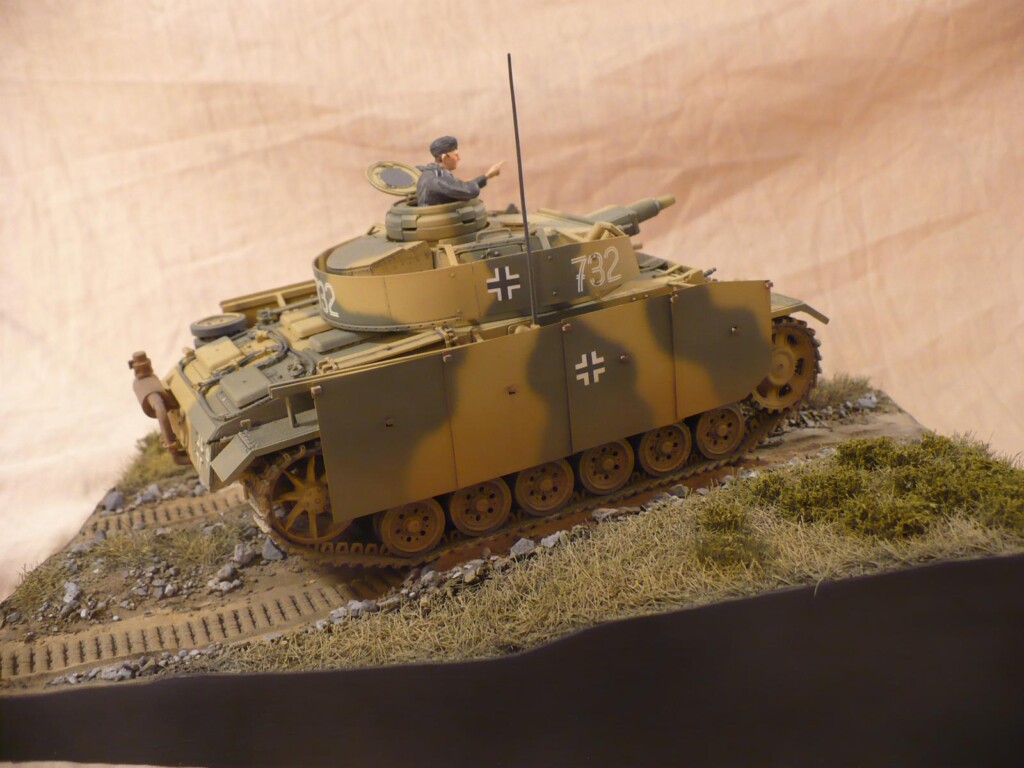 This one gave me trouble all the way from start to finish. The model itself was very nicely molded, sharp and crisp with well hidden ejector pin marks and small sprue gates. It was also rather ill fitting and required a fair bit of drill and file work to complete. The rest of the trouble I had with the project is because I was being a ditz, not having a plan, on and offing it, and doing things out of order. Hopefully I have that out of my system.

Finished in MM acrylic Dark Yellow and Tamiya Dark Green, pinwashed with MIG Dark Wash and dusted with MIG Kursk Earth. The base is 1" foam board laminated and covered with garden dirt except for the road ruts where I used air drying clay for the ease of track impressions. Static grass and Army Painter lowland shrubs were added, then fine dirt for gravel and kitty litter rocks completed the groundwork and texture.

The whole base was primed in acrylic dark brown with washes applied for some variation and the grass was airbrushed with dark yellow. Thin Tamiya Deck Tan was airbrushed on the grass to give it some depth and then very thin yellow was misted over it to give it a good contrast. The shrubs were airbrushed with dark green, then gone back over with increasing amounts of yellow in the mix until I figured it looked right. Rocks were picked out in three shades of grey with a brush and then washed with greys and whites to accentuate texture and give some variation.

Another one off the shelf hehe 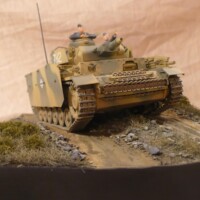 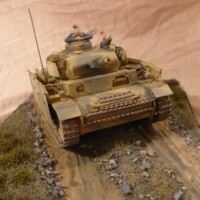 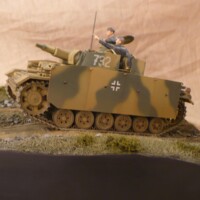 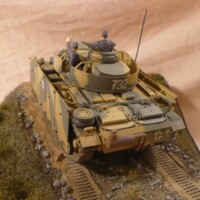 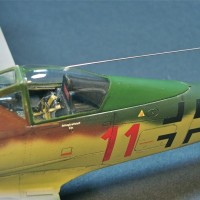 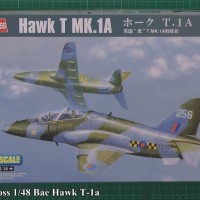