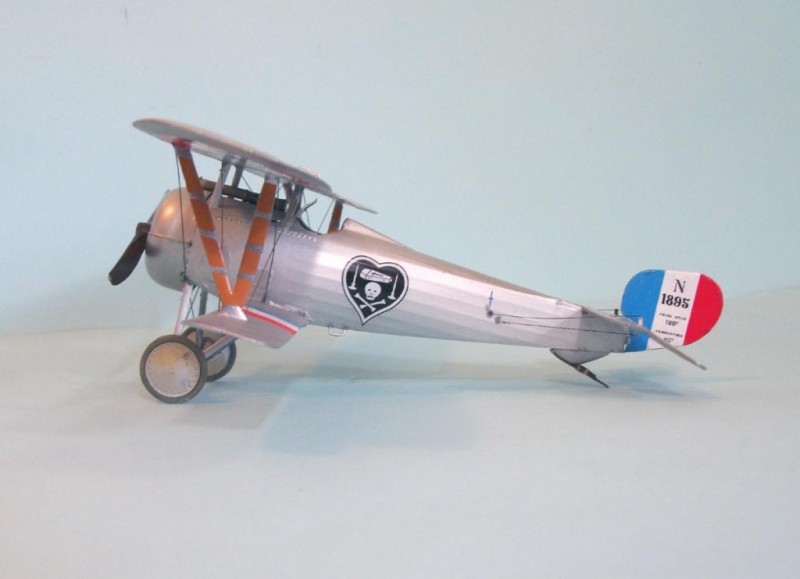 The Roden Nieuport 24 kit done as the airplane flown by Charles Nungesser. This airplane is hard to track down because the superstitious Nungesser kept the rudder (with serial "1895") from his Nie. 17 and put it on all his following Nieuports, thus losing their real serials and making it difficult to figure out what was really what. This Nieuport 24 was apparently either flown for a short period and then replaced by a Nie. 25 with strengthened landing gear for the larger engine, or was used interchangeably with that airplane, with the rudder being switched back and forth. My guess is the former, with dates of photos being inaccurate, leading to the confusion.

This kit is "problematic" to say the least. The lower wings are not the same length, and neither is the right length, which resulted in my assembling the model with the upper wing attached, with the outer "V" struts, then cutting the lower wings at their inner end till they fit to the outer interplane struts.

The decals for Nungesser's personal markings came from the Academy rip-off of the old Hobbycraft Nieuport 17 kit. Since the wing tricolor decals didn't fit, they were painted.

There's a serious need for someone to do the Nieuport sesquiplanes better than the available kits. WNW, do you hear me? Over... Calling WNW... 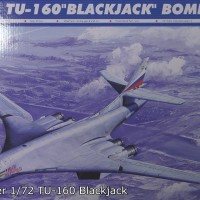 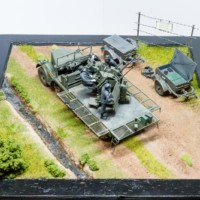 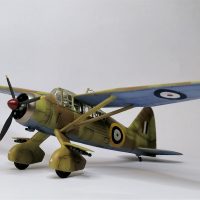