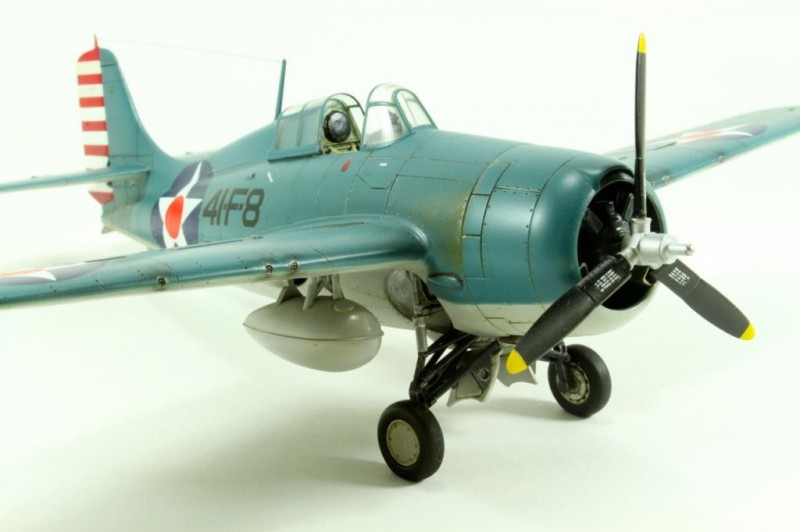 Seeing as we're having a bit of a Wildcat theme going on here I thought I'd post my efforts as well. 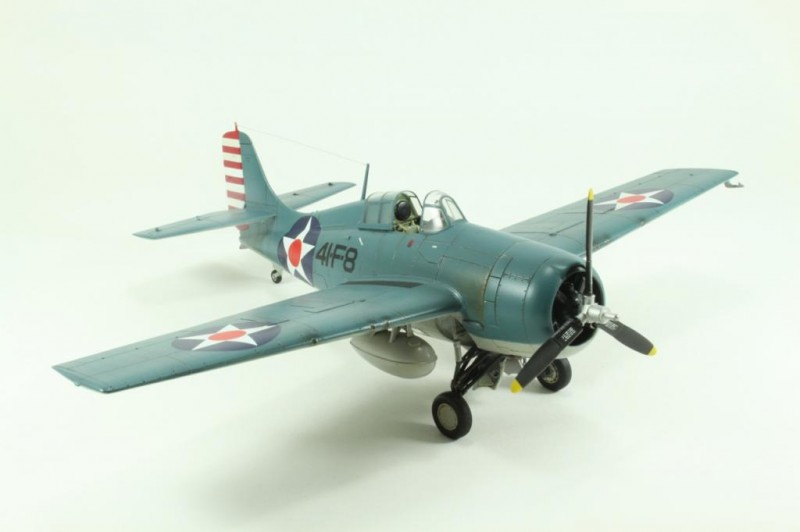 As has been written before the Tamiya Wildcat is a great kit to build. 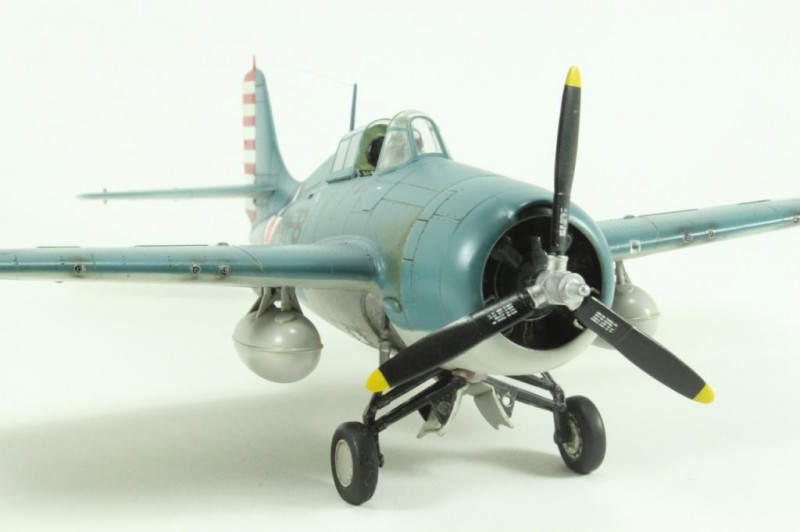 Pretty straightforward in construction, the only fiddly bit I found was the joint between the underside of the fuselage & the one piece wing moulding - & that was more due to my own inexperience rather than the fault of the kit. 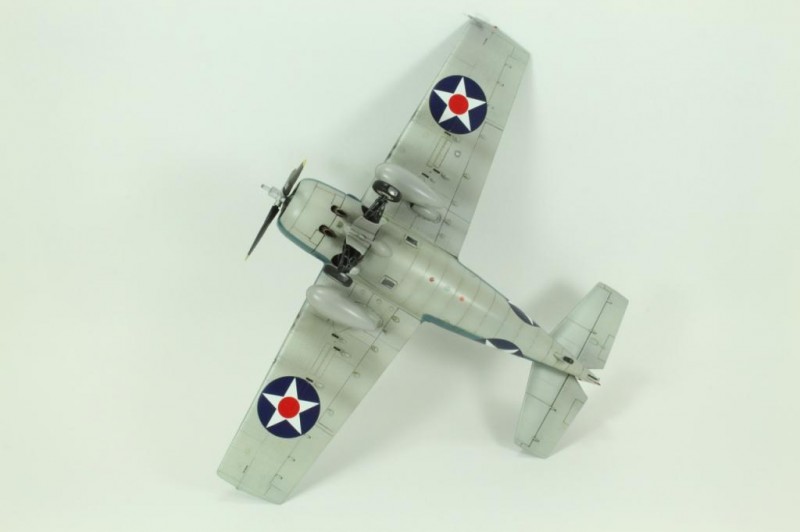 I wasn't particularly happy with the kit supplied decals so I opted for the Super Scale set, but still wanted to depict a VF-41 machine from USS Ranger that sported the "meatball" inside the star & the bright red & white striped rudder. 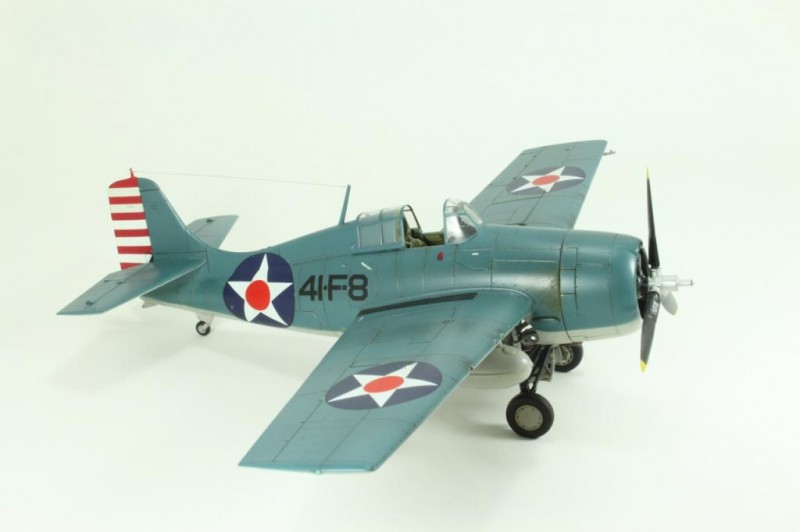 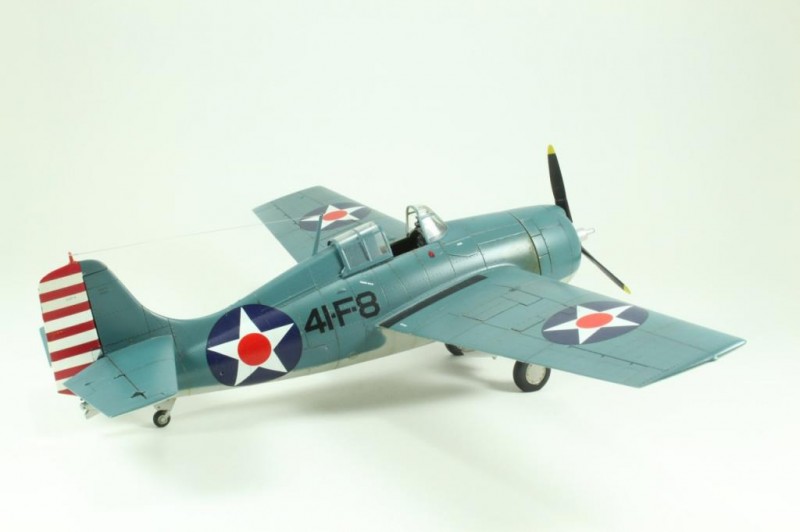 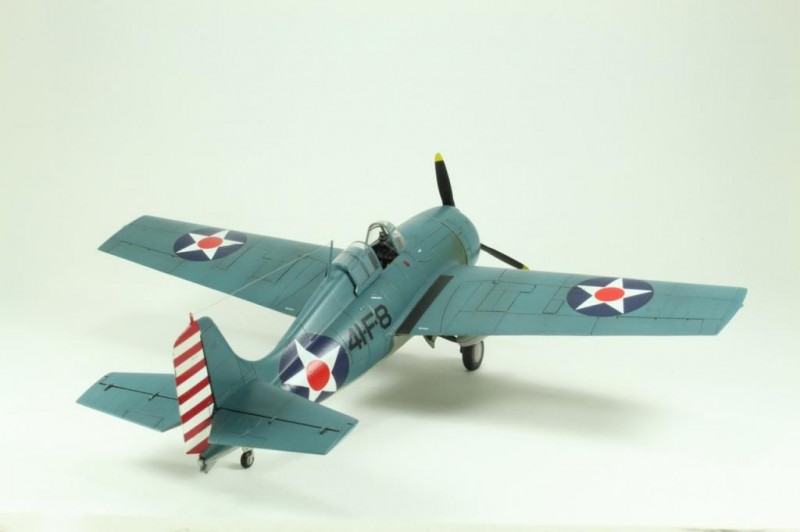 The other additions were metal tubes for the guns & a vac-formed canopy hood since Tamiya's one wasn't crash hot in the open position being that just bit too thick. 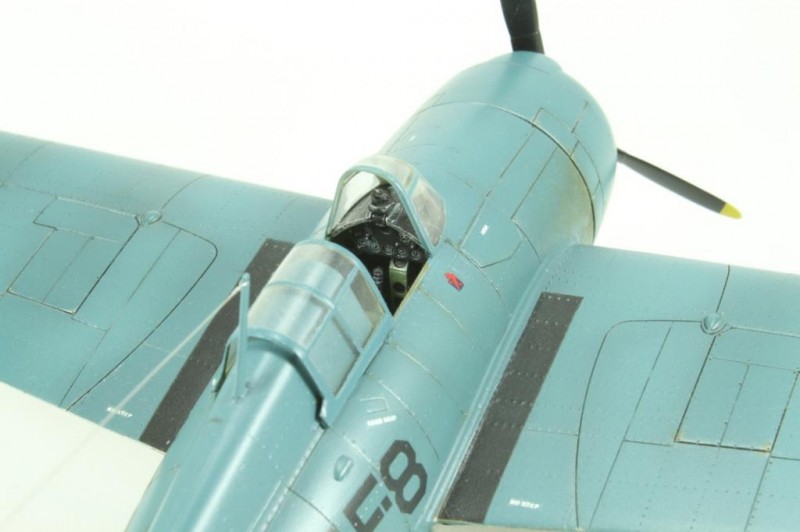 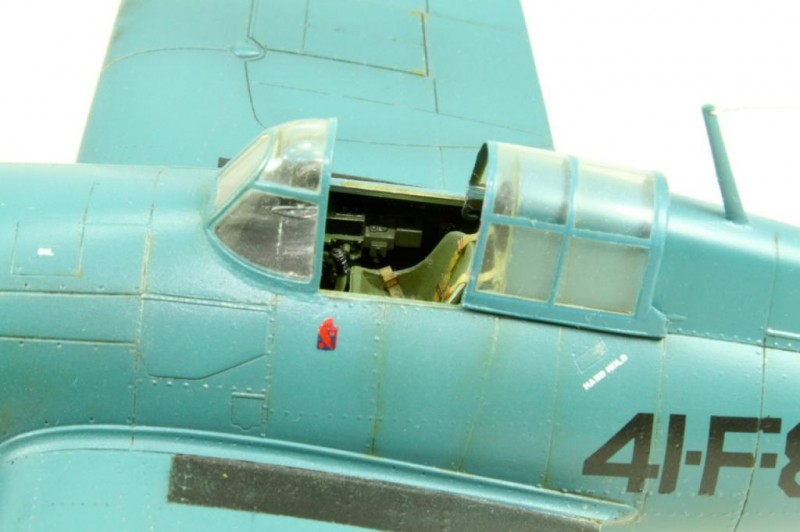 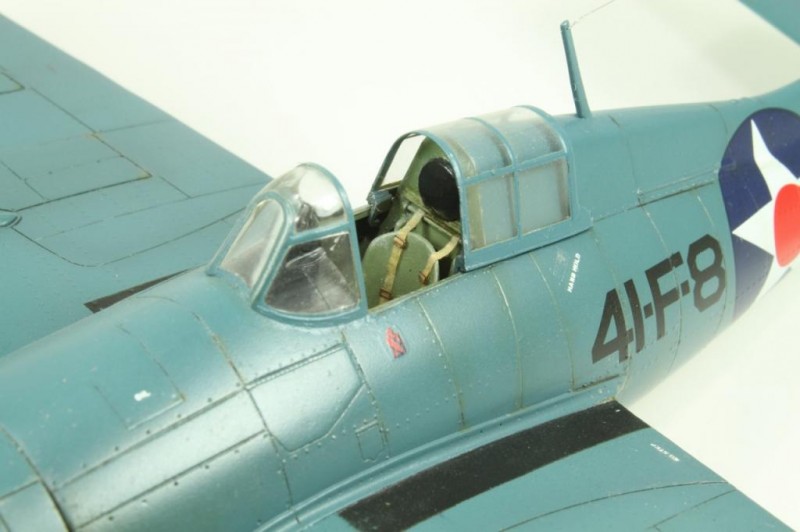 The kit itself had a long & protracted build period of pushing thirteen years or so (top that anyone?). I started this back in the mid nineties when the kit first came out, got as far as completing the build & first base coat. Then it got put on the shelf of doom as work & life in London, marriage & the eventual birth of my daughter took my model making into an extended hiatus. I only really picked up the kit again back in 2010 & decided to gently sand back the original paint job which was a bit rough in places & get it finished. 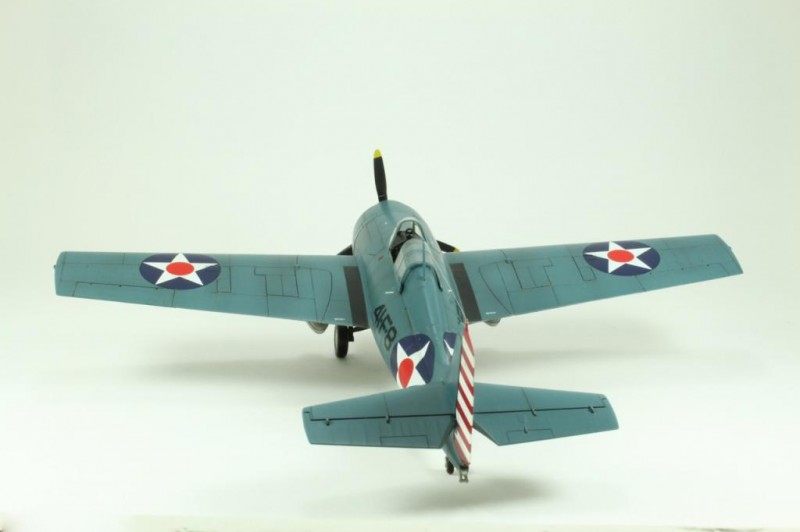 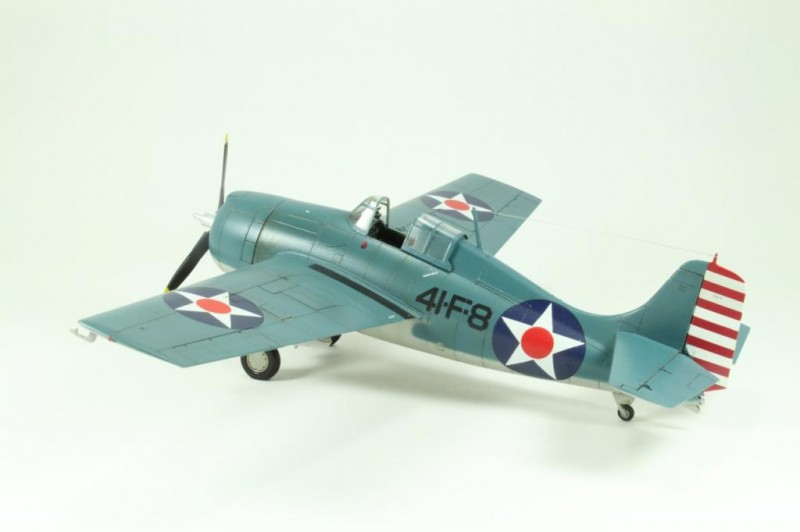 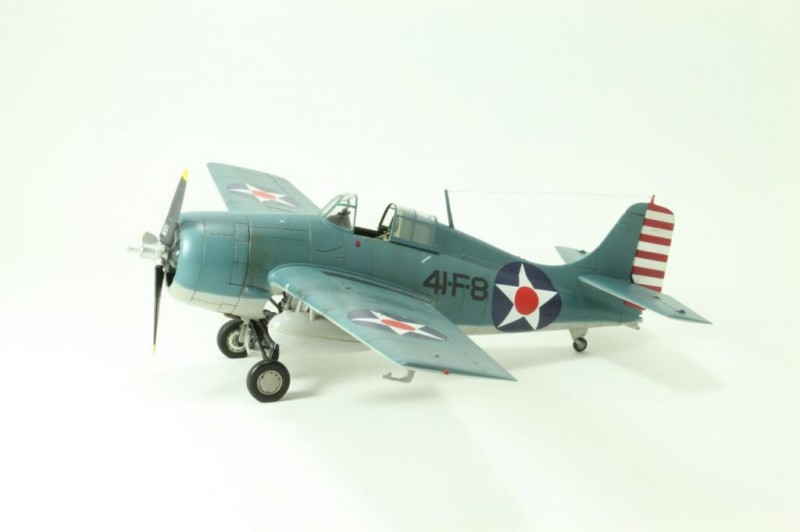 I'm now trying to speed up my builds & keep them under a decade! 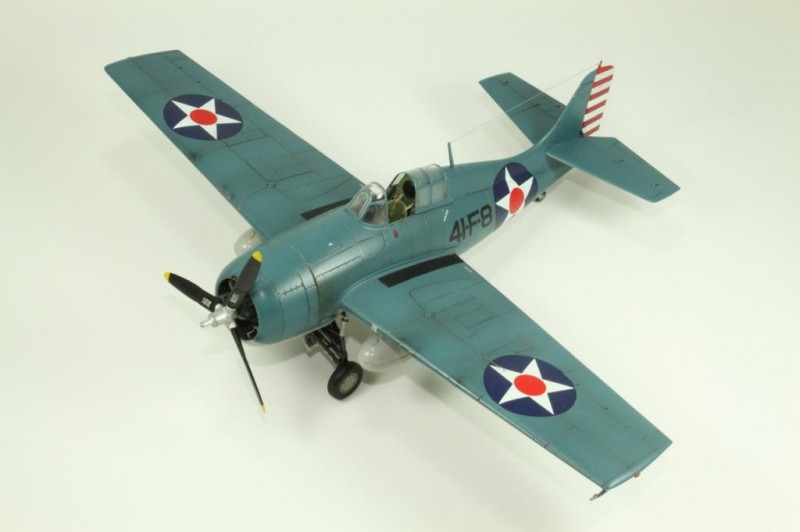 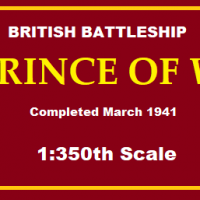 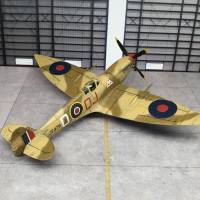 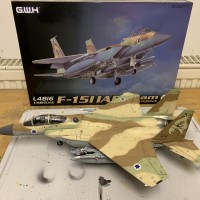 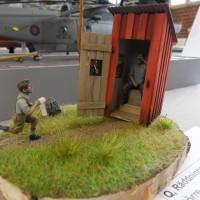