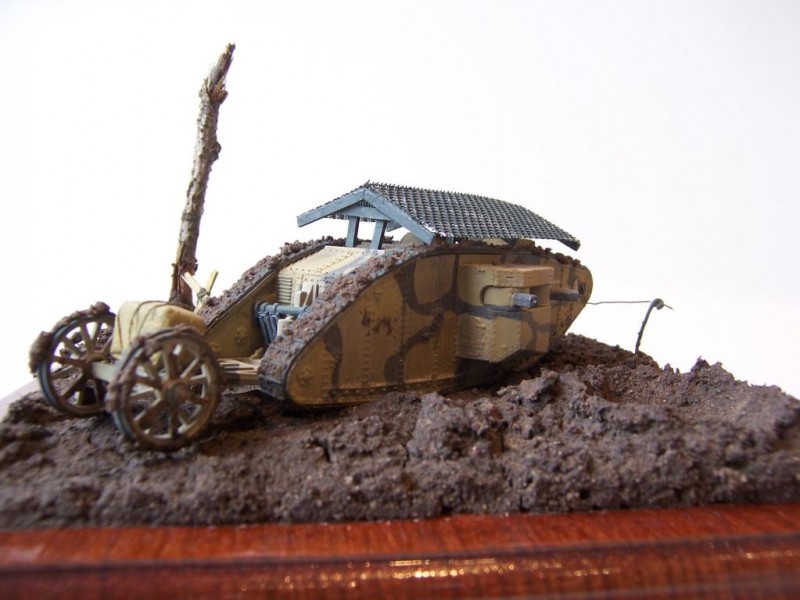 This is my one and only attempt at a diarama,obviously it is the Airfix 1/76 WW1 tank,I built the little tank in a weekend over christmas a few years back and then got interested in them and started to do some research and found that typically of these very old Airfix mouldings it is highly inaccurate.It is really a combination of various Mk's of this tank.Under the scratch built grenade screen there is a raised hatch which is wrong as are the exhausts and there are some details missing altogether.

The second tank painted grey and white is my rendition of the prototype,she was known as "mother" even though she was actualy a male tank ,the male had one large forward firing gun in each sponson the female had two heavy machine guns in each sponson as in picture one.

The final tank is an Mk1 copied from a picture I found,the writing says (I think) "for the people of Leningrad"

I attempted to make the second and third tanks more accurate ,notice on the prototype the headlights,and on the third one you can see some of the detail to the roof ,this is where Airfix really got it wrong,I added the viewing periscopes, the correct exhaust baffles,the round flat hatch and changed the spacing of the panels that make up the roof section,also the suspention springs are wrong but you can't see that in these pictures.It is interesting to note that these tanks left the factory painted standard grey and were painted up in the field which is why we see so many variations in the camo schemes.

I was inspired to do the dio after visiting the grave of my great grandfather John William Pearson (God bless him) who is buried in France along with his comrades. 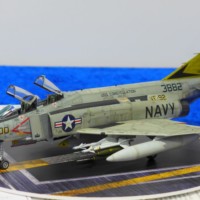 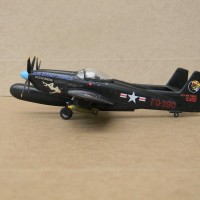 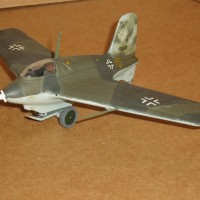 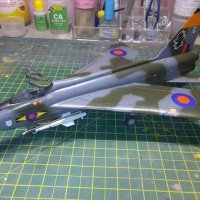