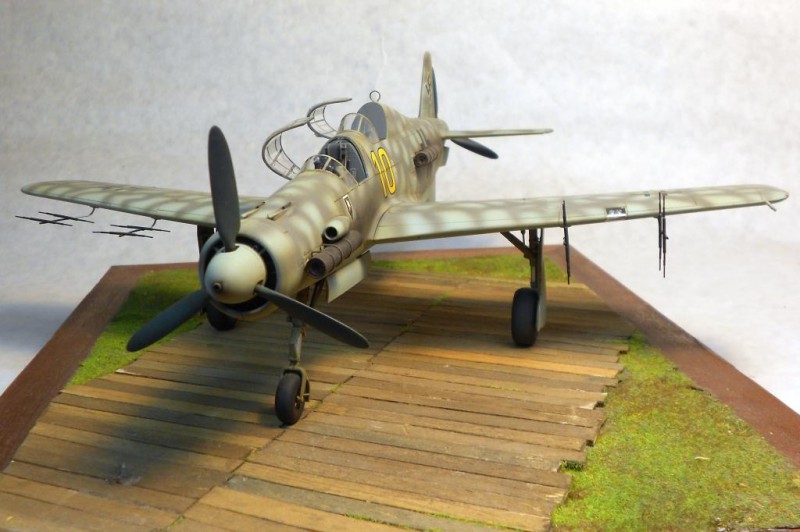 Inspired by Erich's excellent rendition I thought I would add my own version of this "hypothetical" aircraft. It will have some of you seeing doubles, but I think its cool. I have always enjoyed seeing how two different modelers will approach a topic. You can see the similarities and the differences. It's fun to see these interpretations side by side. I started with the Tamiya kit which is simply AWESOME! From there I pulled my radar operators equipment from the Tamiya He-219 kit that I had built. I didn't spend the money for the photo etch seatbelts but made my own (not as good but they work). The rest is pretty much stock Tamiya. 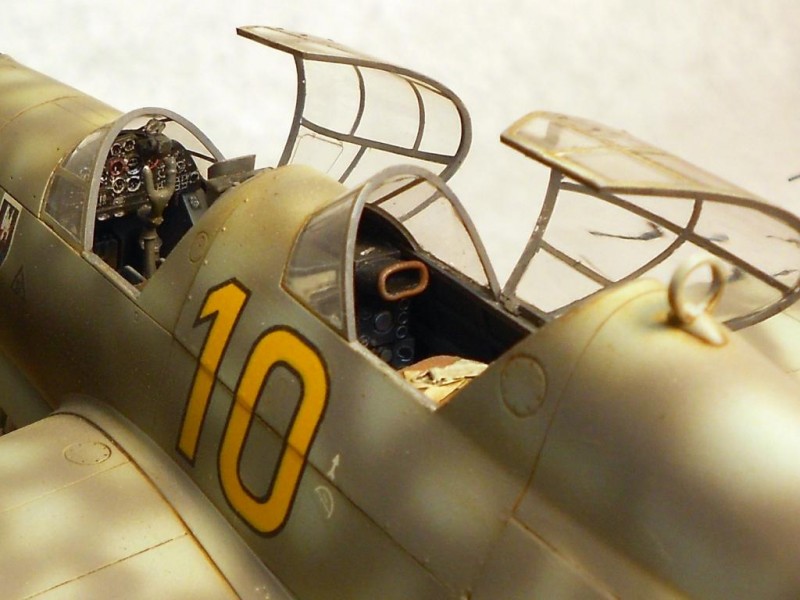 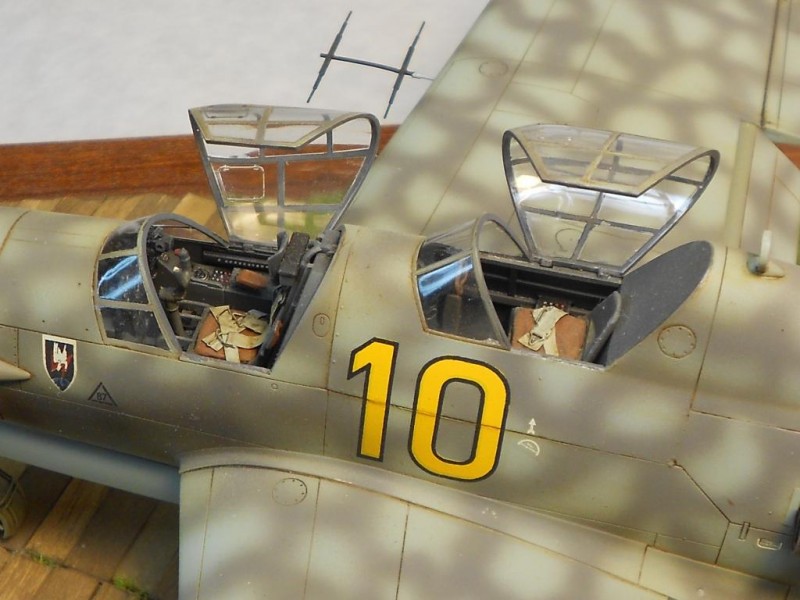 I had purchased the Verlinden update set for this kit and in general it was a total waste of money. I did use the flaps but they had to be shimmed on the ends as they were too short. In the end I like the results of the flaps dropped, a simple mod that adds a little something. 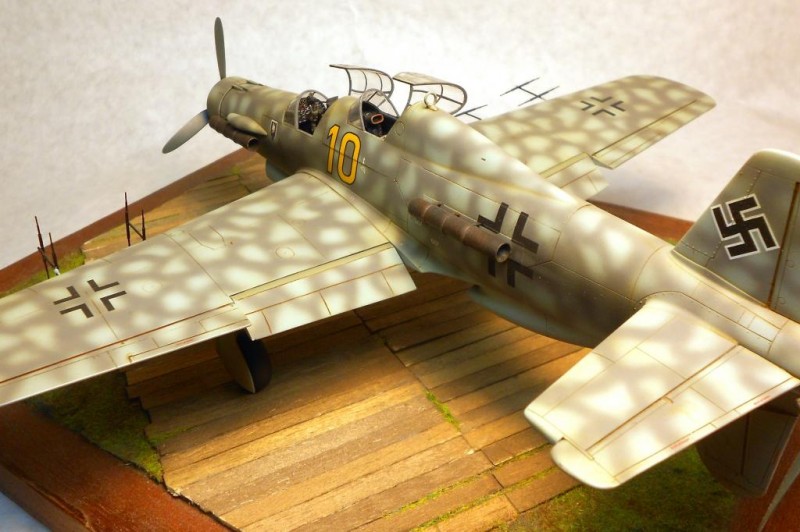 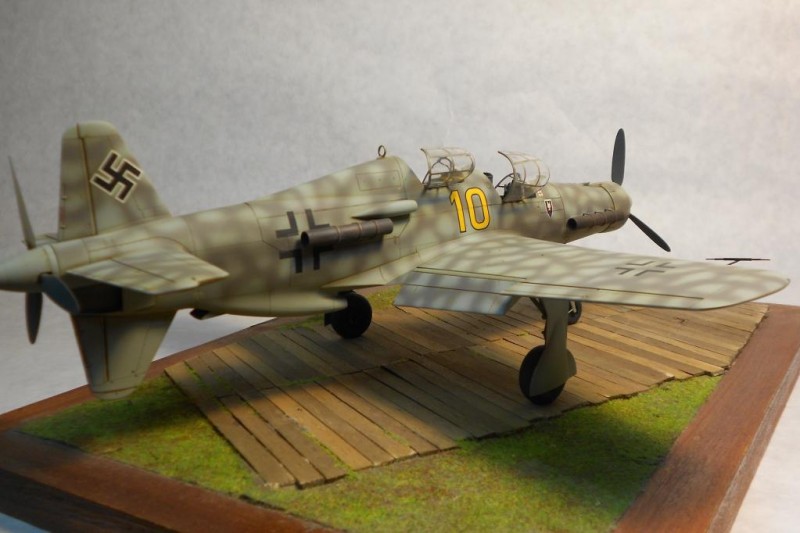 The radar arrays on the wings were scratch built using wire and plasta-struct rod. Can you say Fragile? So far, though, they have with stood my abuse and not broken. The paint scheme is overall RLM 76 Blue with RLM 75 Gray Violet making the interruption pattern on the top. My wife thinks its ugly, she says it looks like it has a disease. 🙂 For me, like Erich, it was just a fun build of what might have been. The kit is great and being so easy to build makes it that much easier to make little changes without a lot of work. 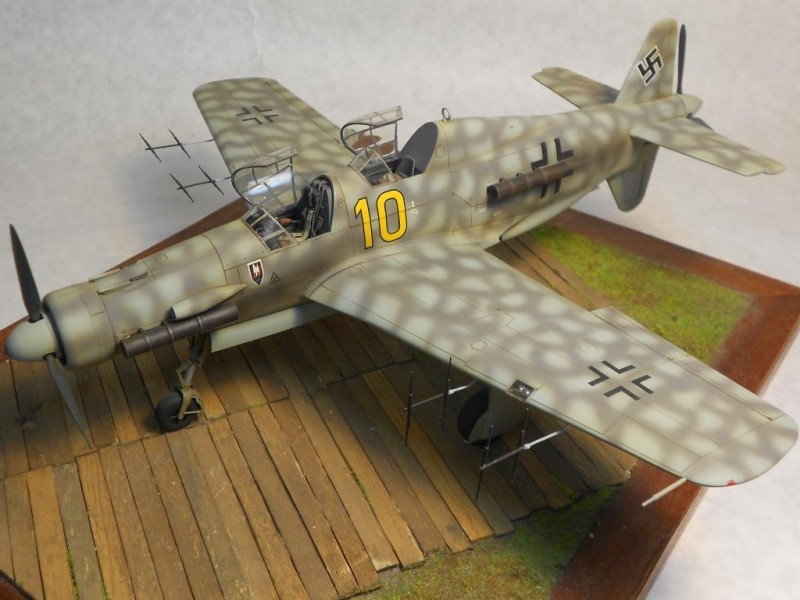 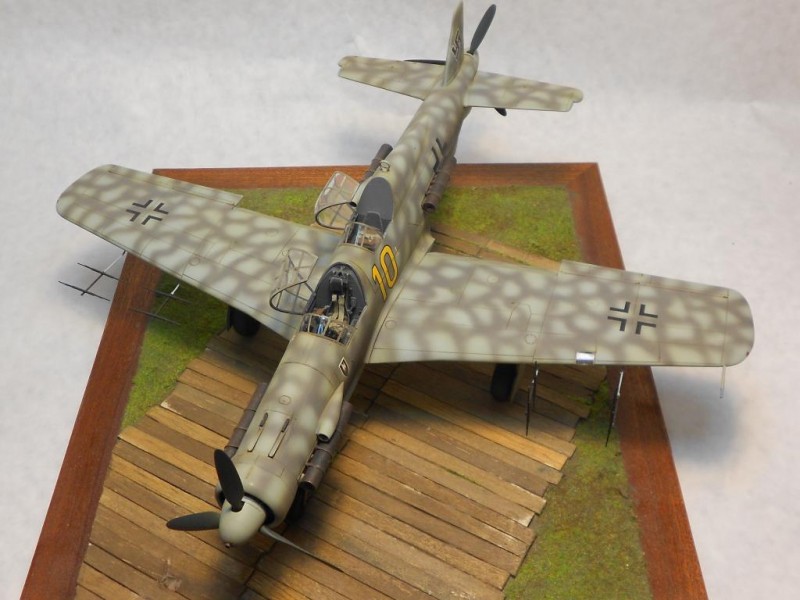 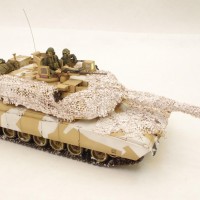 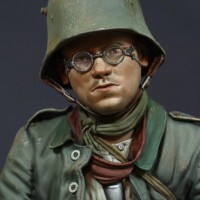 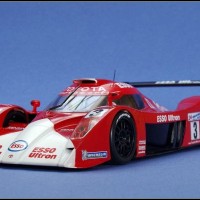 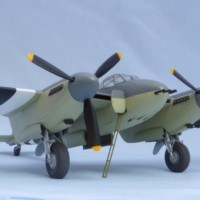