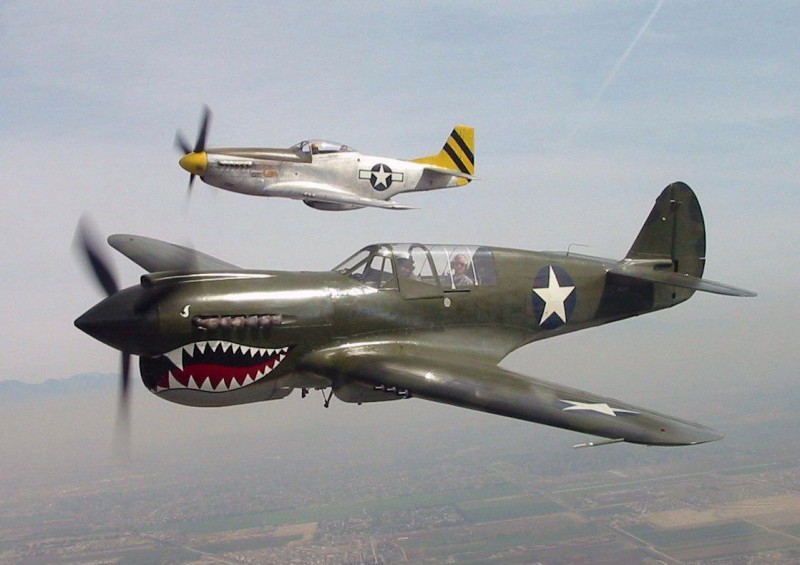 Here’s some photos taken with the Planes of Fame P-40N and P-51D back in 2004. A hazy southern California summer’s day (but far better than back in the 1970s, when the smog was so bad in the Inland Empire I had to fly directly over Chino to find it and then make a circling approach to keep it in sight).

The P-51D, known at Planes of Fame as “Spam Can” is the oldest continuously-licensed and operated P-15D in the world, ever since it was given to the Museum by the US Army in 1957 – it was at the time the last P-51D being operated by a US armed service (chase plane for helicopters at Ft. Maxwell). These markings commemorated the 51st FG in China in WW2. She later carried Jimmy Goodson’s markings for the 4th FG and today has the markings of the 506th FG at Iwo Jima (interestingly enough, the airplane was originally a VLR modification for use at Iwo Jima though it never got there).

The P-40N, which now flies in camo and markings commemorating the 325th “Checkertail Clan,” was flown by the RCAF in World War II and shot down a Japanese fire balloon over the forests of British Columbia in 1945 (a little known and largely unsuccessful Japanese attempt to send fire balloons across the Pacific in the jet stream, to burn the forests of the Pacific Northwest – only one fire was ever started in Oregon).

A photo mission at Chino usually involves getting in a Cessna 172 or 182 (which have the front passenger window that can be opened, for good photography) – or the gunner-seat T-6 if you’re really lucky (I once got to use the back seat of the SBD-5, which was pretty cool in and of itself) – and go orbit south of the field. The warbirds come in and make a couple circles before they bleed off enough energy they have to drop away – you shoot away and hope for some good down-sun shots (the best down-sun shots all have Mt. Baldy in the background). 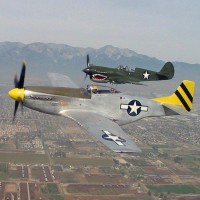 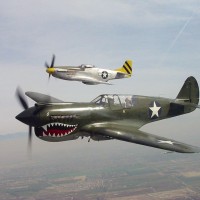 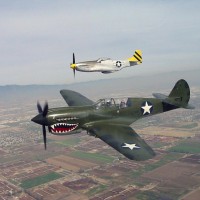 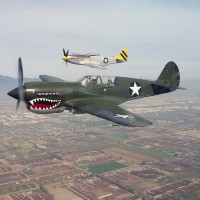 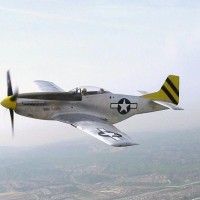 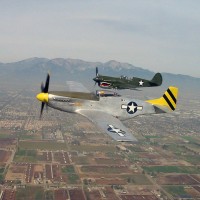 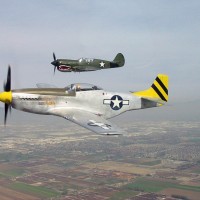 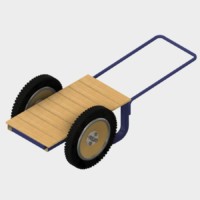 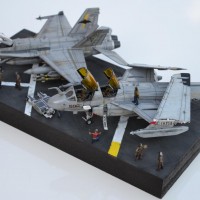 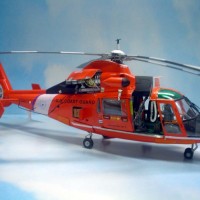 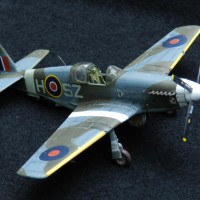