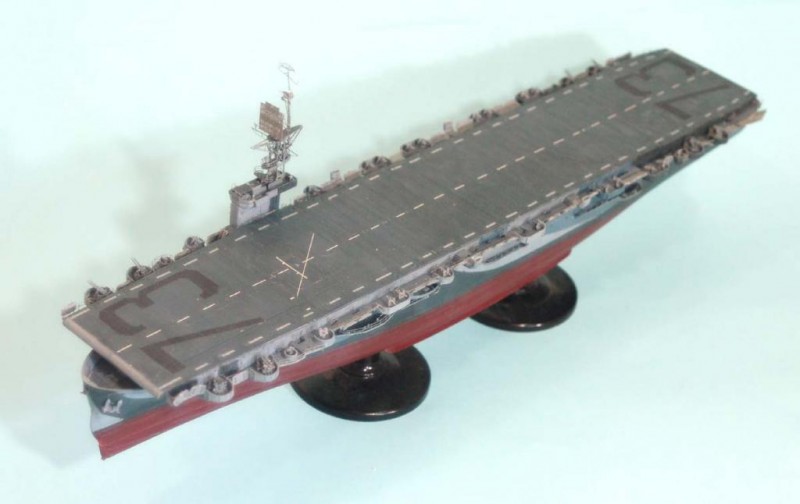 In 1944, a journalist traveling aboard the USS White Plains wrote, “A jeep carrier bears the same relation to a normal naval vessel that is borne to a district of fine homes by a respectable, but struggling, working class suburb. There is a desperate effort to keep up appearances with somewhat inadequate materials and not wholly successful results.”

Known to their crews as “jeep carriers,” “Woolworth flattops,” “Kaiser coffins” and “one-torpedo ships,” the joke went around that CVE stood for the three most salient characteristics of an escort carrier: combustible, vulnerable and expendable.

The Casablanca class escort carriers were adapted from the Liberty ship design by Kaiser Shipbuilding Company and were the first escort carriers designed and built as such from the keel up. Using a new submerged arc welding technique, a Liberty ship could be built in an average 42 days. Given the need for carriers that could escort convoys and provide aerial antisubmarine protection, in 1942 Henry Kaiser proposed to the Navy a conversion of the Liberty ship to create a small aircraft carrier capable of fulfilling that role, promising fast production in the numbers necessary to provide what was essentially secondary naval air power. 50 Casablanca-class CVEs were built between 1942-44, making them the largest class of aircraft carriers ever built for the US Navy and nearly one-third of American aircraft carriers used in World War II.

However brilliant the means of construction, Kaiser took shortcuts on materials and components. An escort carrier had fewer watertight compartments than any other warship. Power was provided by inexpensive and idiosyncratic Skinner Uniflow steam engines rather than turbines, which did not conform to Navy specifications and were unknown by the young engineering sailors being graduated from the Navy’s schools. The thin steel the ships were built of was high in sulfur and phosphorus, and quite brittle, which meant that when hit, it would burn quickly and break up fast, as happened to the USS Liscome Bay, torpedoed by a Japanese submarine on November 24, 1943 and sunk within 10 minutes. Additionally, the ships were built without blower systems to ventilate the lower compartments; the crews suffered whether they were in the freezing North Atlantic or the sweltering South Pacific.

CVEs escorted convoys in the Atlantic and Pacific and re-supplied the fast carrier task force. USS Guadalcanal captured U-505. The one thing a CVE was absolutely not supposed to do was participate in a major fleet action.

USS Gambier Bay (CVE-73), was launched at the Kaiser shipyard in Vancouver, Washington - where all Casablanca-class CVEs were built - on November 22, 1943 and commissioned on December 28, 1943. Her crew, like those of all CVEs, was composed of “Democracy’s Navy”: reservists drawn from every part of the United States. The majority had never seen a ship prior to their Navy service and many had never been to sea until they reported aboard Gambier Bay. Their average age was 21. The core of the crew were the Chiefs, most of whom were Regulars. The officers were all wartime “90-day wonders” and pre-war reservists, other than her captain, Captain Hugh H. Goodwin,an Annapolis graduate.

Gambier Bay first saw combat during the First Battle of the Philippine Sea, when she directed the air defense of the CVEs in Support Group 2,and shot down 44 Japanese aircraft during the "Turkey Shoot" on June 19, following up with close air support of the invasions of Saipan, Tinian and Guam. That September she supported the invasion of Peleliu. At the end of September she transferred to Task Force 77 in "MacArthur's Navy," the 7th Fleet, for the invasion of the Philippines. Everyone knew the Japanese would have to respond to this with everything they had, which they did.

The Battles of Leyte Gulf, also known as the Second Battle of the Philippine Sea began on the night of October 23, 1944, when the submarines Darter and Dace intercepted the Japanese Center Force - the strongest battle fleet ever sent to sea by Japan: 5 battleships and 12 heavy cruisers - in the Palawan Strait around midnight. At dawn on the 24th, Darter sank the flagship Atago and damaged Takao so badly she had to turn back, while Dace sank Maya. The Center Force steamed on into the Sibuyan Sea, where they were discovered around 0830 by search planes from Task Force 38. Subjected to incessant air attack between 1100-1630, the super-battleship Musashi was sunk and other ships were damaged. The last American planes saw the Japanese turn back. At about the same time, search planes found the long-sought carriers north of Cape Engano. Halsey turned Task Force 38 to the north, believing the Center Force defeated, and failed to leave Task Force 34 - the fast battleships - to "bar the door" at San Bernardino Strait. Halsey was aboard the USS New Jersey and didn't want to miss his crowning moment of finally destroying the Japanese carriers, not knowing they were a spent force sent as a sacrifice to get him to do exactly this. As Task Force 38 steamed north, the Center Force turned around and threaded San Bernardino Strait that night.

Three groups of CVEs - Task Groups 77.4.1, 77.4.2, and 77.4.3 - collectively known as "Taffy 1, 2 and 3" for their call signs, were operating off the island of Samar south of San Bernardino Strait, providing air support for the invasion of Leyte. Task Group 77.4.3 - Taffy-3 - had just launched the morning search when smoke was detected on the northern horizon. Two TBMs sent to investigate brought the terrible news within minutes: the mightiest Japanese surface fleet was bearing down on eighteen jeep carriers, nine destroyers, and twelve destroyer escorts, with air groups equipped to provide close support, not to attack major heavy fleet units.

Admiral Clifton Sprague ordered his destroyers to make smoke and attack. USS Johnston (DD-576) took the lead. For 30 minutes she dodged Japanese shells till she was finally caught just before launching her ten torpedoes. Hit in the engine room, her speed was halved. Turning back, Captain Earnest Evans encountered the destroyers Hoel and Heerman and the destroyer escort Samuel B. Roberts, inbound on their attack. Evans could have continued to retire and no one would have faulted him, but he turned around and headed back at the Japanese, making smoke to protect the others, who lost sight of Johnston. Some 15 minutes later, three battleship shells found her at about the same time the Hoel, Heerman and Sammy-B were first hit. Johnston blew up with the loss of all but 38 of her crew. Hoel and Heerman survived with massive casualties on board, while the Sammy B closed to point-blank range and sank as she fired her three torpedoes, with 87 men getting off before she went under. None of the attacks were successful, but they forced the Japanese to dodge, and they convinced Admiral Kurita he must be facing Task Force 38 itself.

Cruisers Tone and Chikuma, followed by Chokai and Kumano, making 32 knots and followed closely by the battleships Yamato and Haruna, surged towards the retreating American carriers. The CVEs had a top speed of 17 knots; their sole defense armament was a 5-inch/38 caliber gun in an open mount on the stern. Gambier Bay was last in line, nearest the Japanese.

At 0840, Tone found the range. As 8-inch shells plastered the ocean around Gambier Bay, her lone 5-inch weapon opened fire to no effect. At 0847, the first shell struck her in the starboard engine room. The second hit the fueled aircraft in the hangar deck. Battleship shells passed through her without exploding, since the thin steel she was made of wasn’t enough to stop them. By 0900 she was dead in the water as Tone, Chikuma and Chokai closed in. At 0907, Gambier Bay capsized and sank, leaving 800 survivors struggling in the water. She was the only American aircraft carrier ever sunk in a surface engagement. As the Japanese cruisers moved closer, USS White Plains opened fire with her 5-inch “popgun,” and scored six hits on Chokai from 11,700 yards, maximum range, one of which exploded the cruiser’s starboard torpedoes and sank her. No other US aircraft carrier ever sank an enemy combat vessel by gunfire.

Kurita could have continued on, destroyed the rest of Taffy 1 and 2 and entered Leyte Gulf where he could have sunk the invasion fleet. Instead, believing he faced the main American force, he turned away, re-entered San Bernardino Strait and left the battle. Two hours later, the men of Taffy-3 watched a lone Japanese airplane dive into the USS St. Lo (CVE-63), turning her into a flaming wreck and sinking her within 10 minutes. The first Kamikaze had struck.

The survivors of the ships sunk at the Battle Off Samar spent the next three days in the water, losing over a third of the men to exposure and sharks before being rescued. The Battle Off Samar is considered the US Navy's "Finest Hour."

Despite the contribution to victory made by CVEs - of the 11 US carriers sunk during the war, six were CVEs - none of these brave little ships remains in existence. The shoddiness of their construction meant the last was broken up 45 years ago as it rotted away.

When Hasegawa released this kit in 2011, many were surprised they would do a CVE. But the Japanese consider Gambier Bay to be a "hero ship" (they're right) and the men who fought off Samar to be "American samurai." The result of all this respect is a superbly-detailed model that benefits from the extensive photo-etch sheet Hasegawa released to accompany the kit. Unfortunately, American modelers seem to consider Gambier Bay a "loser" and not that "cool" compared to the "big boys," and the kit has proven a commercial failure.

USS Gambier Bay may not look very impressive next to an Iowa class battleship or an Essex class fleet carrier, but she is fully a member of that elect body of Most Famous Ships in the US Navy. 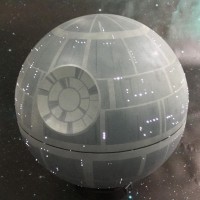 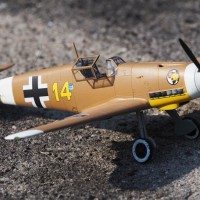 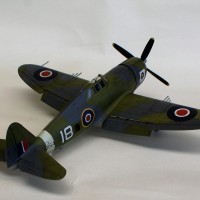 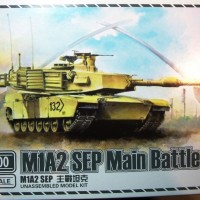