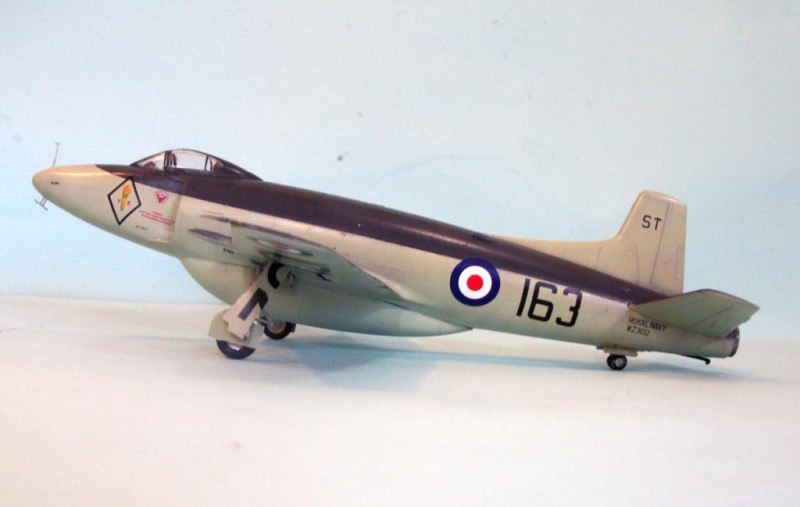 One of the oddest-looking jets of all, the Supermarine Attacker F.B.2. There's only one other "conventional gear" Jet, the Yak-15. The airplane has been done in 1/48 by a very good Falcon vacuform in around 1989, a Classic Airframes kit that came out in 2005, and this from Trumpeter that came out in 2012.

The kit is developed from the earlier Supermarine Spiteful kit and shares the wings and main landing gear with that kit. It is released as the F.1, which had no facility for underwing ordnance, though it makes the mistake of not having the F.1 windscreen, with the rounded clear fairing over the armor glass, being the later modifcation with that fairing removed. The model can be built with wings folded, with the modeler having to cut the outer sections free, but the inner fold parts are included, and with or without the large belly fuel tank. The decals are really unacceptable, with the underwing serials being too small, and the side number and carrier identification letter being the wrong font, as well as the fuselage serial and Royal Navy designator being in the wrong font. Decals are given for serial numbers WP493 "J/106" and s/n WA496 "J/101". According to a quick internet search, "WP493" was a Westland Dragonfly HR.5, while WP293 was an Attacker F.B.2.

I told David Hannant about this problem, and by early January of this year, there was a release by Xtradecal. This allows the modeler to do three Royal Navy F.B.2 Attackers (primarily distinguished by the framed sliding hood, which is easily done with masking, and the flat armor glass windscreen the kit comes with), as well as three Pakistani Attackers. The FAA aircraft include one from 800 Squadron aboard HMS Eagle in 1954, and two from 1831 Squadron, Royal Naval Reserve, basted at Stretton in 1955.

The Supermarine Attacker, the first jet fighter in squadron service with the Fleet Air Arm, is a study in the official procrastination that seemed to dominate the British aviation industry in the years immediately following the end of the Second World War. In regards to performance, the Attacker was closely similar to the Grumman F9F Panther, both being powered by the Rolls‑Royce Nene jet engine. Yet the Attacker, which first flew in prototype form two years before the Panther, was destined to enter service three years later than the American fighter.

In 1944, after Rolls‑Royce began work on what would become the Nene ‑ a centrifugal‑flow jet of considerably more power than was shown by the Power Jets Welland or the Rolls‑Royce Derwent developed from the Welland ‑ Supermarine responded to specification E.1/44 with an airplane that used the laminar wings of the company's piston‑engined Spiteful, a development of the Spitfire that would fly in prototype form on June 30, 1944. After inspection of the wooden mockup, an order for three prototypes to specification E10/44 was issued August 5, 1944; on September 9, and amendment to the contract specified the semi‑navalization of the second and third prototypes.

Unfortunately, the first Spiteful was lost in the same month, after having demonstrated that the characteristics of the new laminar wing at low speed were undesirable; this poor handling in landing configuration was confirmed by the second Spiteful, which flew in January 1945. In spite of this, a contract for 24 Type 392 jet fighters was confirmed on July 7, 1945. By that November, Supermarine's continuing inability to resolve the low speed handling problems of the Spiteful finally came to the attention of their Lordships of the Admiralty, and it was decided the order for the 24 airplanes was premature; the contract was cancelled with the Admiralty requesting further development of the shipboard fighter be suspended.

Work on the three prototypes continued, with the first one flying on July 27, 1946. The major complaint was in regard to the outdated tailwheel landing gear Supermarine had retained, which led to severe airfield erosion during taxying. A Martin‑Baker Mk.1 ejection seat was fitted to the second aircraft, which finally flew June 17, 1947; it was the first to be named "Attacker." During carrier trials with this airplane in October 1947, famed British test pilot Eric Brown developed the constant power/constant angle approach that is used to this day in landing jet aircraft aboard ship. On February 26, 1948, pilot Mike Lithgow captured the 100‑km International Closed Course Speed Record with the first prototype, averaging 560.634 mph.

In November 1948, in the face of a changing international situation as the Cold War began to develop, the Royal Navy ordered 60 Attacker F.1s. Following this British order, the Pakistani Air Force ordered 36 Attackers, de‑navalized and able to carry two 1,000‑lb bombs and 8 rocket projectiles. The Royal Navy F.Mk.1, which first appeared May 4, 1950, had no provision for underwing ordnance; No. 800 Squadron FAA was formed with eight Attackers on August 17, 1951, with 803 Squadron following that November. After 43 F.Mk.1s were completed, 16 following were completed as interim fighter‑bombers under the designation F.B.Mk.1.

The definitive Attacker, the F.B.Mk.2, was powered by a Nene 102, and introduced a metal‑framed canopy after two failures of the earlier bubble canopy. This airplane had the same underwing ordnance capability as the Pakistani Attackers. 84 were delivered, with the last one produced a few weeks before the Attacker was removed from front line service.

800 Squadron, with 12 F.B.2s, went aboard the newly‑commissioned HMS "Eagle" on March 4, 1952. 803 Squadron joined 800 shortly thereafter. After work‑up, the ship departed for the Mediterranean, with the Attackers finally going to sea operationally. The airplane was already obsolete, and upon return from the Med, 800 Squadron was disembarked for disbandment on May 26, 1954. 803 Squadron was returned from Hal Far, Malta, aboard Eagle on June 6, and disbanded at the end of the month. The Attacker remained in service with RNVR squadrons until the end of 1956.

While the Attacker did introduce the Fleet Air Arm to jet aircraft operation aboard ship, it had never been brought up to a satisfactory standard. Its altitude performance was poor, it lacked maneuverability, and it was too unstable to be an effective gun platform. As Eric Brown said of it, "The Attacker marked the beginning of the end of the charisma surrounding the Supermarine name." 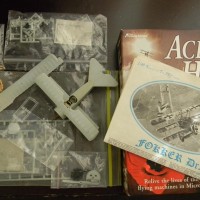 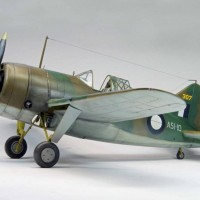 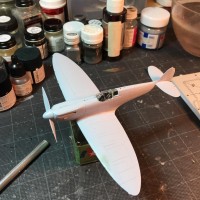