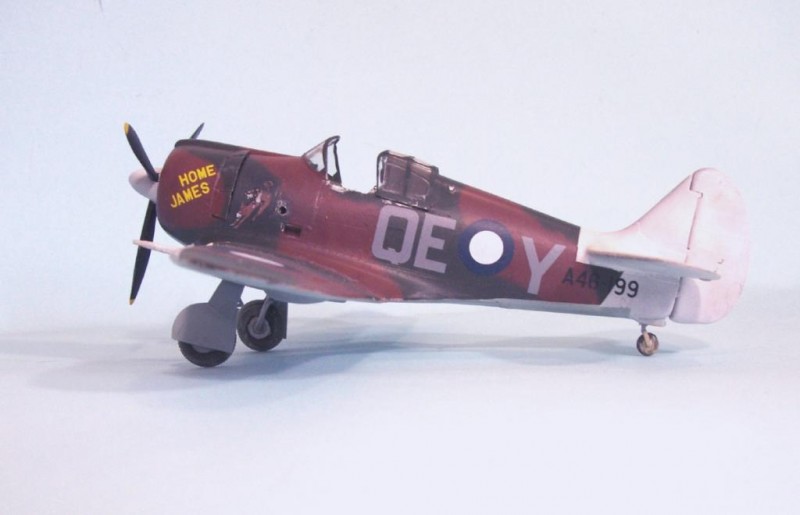 When Australia became involved in the Pacific War in December 1941, the Royal Australian Air Force was ill-prepared, to say the very least. With Australia’s main combat forces deployed to North Africa and England, it was clear that there was little to stand in the way of the advancing Japanese. There were only two modern aircraft in production with Commonwealth Aircraft: a license-built version of the Bristol Beaufort torpedo bomber, and the North American NA-33, or NA-16-2K, a derivative of the “Yale” two-seat trainer, known as the “Wirraway.”

On December 11, 1941, Commonwealth Aircraft requested a meeting at the Air Ministry in Canberra. Chief Lawrence Wackett and his chief assistant, Fred David, had a proposal for a fighter. Building on the concept involved in the North American NA-50 and NA-68 single-seat fighter variants of the NA-16 design, Wackett presented a proposal to build a single-seat fighter based on the “Wirraway”. Wackett saw that the main problem with the NA-50 and NA-68 was that they were underpowered. He proposed to use the most powerful engine currently in production in Australia, the Pratt and Whitney R-1830-SC34G Twin Wasp, which powered the license-built Beauforts. It took five days for the RAAF to say yes, and the program was afforded the highest priority. With RAAF approval, Commonwealth Aircraft gave Wackett and David orders to commence design of what was then known as the CA-12 on December 21, 1941. An initial order “off the drawing board” for 105 CA-12s was placed in February 1942.

Thus was born the “Boomerang,” the only indigenous Australian fighter design to ever see production and combat. Born of desperation, the Boomerang was perhaps the best improvisation to ever take flight.

Fortunately for Australia, the USAAF arrived on the scene with the 49th Fighter Group and was able to provide front-line air defense during the dark days of the first six months of the war.

On May 29, 1942, a mere 16 weeks after being given the directive to commence design work, the first CA-12 completed taxying trials and made its first flight. Test pilot Ken Fruin was elated by the performance of the new airplane. It was highly maneuverable, with a climb rate better than the P-40, Hurricane I or Spitfire I. The airplane exhibited no problems, with its only minus being a top speed only slightly in excess of 300 m.p.h. In June, mock combats between the Boomerang and a P-40E and P-39D were held, which revealed that at 10,000 feet the Boomerang could turn inside both American fighters and outclimb both. Even with a speed advantage and an ability to dive faster initially, the P-40E could not evade the Boomerang. The P-39 could dictate the terms of combat, but the Boomerang could always outmaneuver the Airacobra. The Boomerang was a winner, and was ordered into production, armed with two locally-produced 20mm Oerlikon cannon (the prototype for which was a war trophy brought back from North Africa by an Australian Army Sergeant), and four .303 Browning machine guns.

In late 1942 and early 1943, 83 and 85 Squadrons RAAF became operational with their Boomerangs, with 83 Squadron at Horn Island in the north and 85 at Perth in the West. 84 Squadron was sent to New Guinea. 83 Squadron shot down two Betty bombers in the summer of 1943, being the only victories scored by Boomerangs on home defense.

In late 1943, 4 Squadron began to operate Boomerangs alongside their Wirraways in the close support role in New Guinea. The Boomerangs were initially used to cover the Wirraways, but it was found that the higher-powered Boomerang was perfect for maneuvering in mountainous jungle valleys at low level to participate in combat. Thus the Boomerang found its forte, where it became the favorite airplane of the Australian Army as “Boomer Boys” - as the pilots came to be known - searched out Japanese forces hidden in the jungle, knocking out the target themselves with their cannon, or calling in Kittyhawk fighter-bombers to finish off the Japanese targets. 5 Squadron began operating Boomerangs on Bougainville in 1944, where their prowess was such that the RNZAF Corsairs stationed there - whose commanders had concluded there were no worthy targets left - found themselves well-employed in supporting Australian and New Zealander ground forces on the island in their bloody struggle against the remaining Japanese right up to the end of the war. Boomerangs also operated over Borneo in 1945 in a similar role.

There have been two other 1/48 kits of the Boomerang released in the early 1990s, one very early, very primitive limited-run kit from Kiwi Aviation Models, and one a less-primitive kit by LTD which was marketed by Squadron. The New Zealand kit was hard to build (I did one) but was accurate in outline and dimensions. The same cannot be said for the LTD kit, which made the mistake several model companies have made (including Montex with their 1/32 kit) of getting the fuselage too short.

This new release by Special Hobby makes all the other 1/48 kits obsolete. The kit is accurate in shape and dimensions, and has one of the best detailed OOB cockpits Special Hobby has ever put in a release. Surface detail is petite and sharp.

The kit comes on four sprues of grey plastic, with a detailed resin engine. The clear canopy can be posed open. Decals are provided for four different aircraft.

This kit differs from Special Hobby’s previous CA-12, in that it provides a resin “hedgehog” exhaust, and the elevators do not have fabric effect, these being the primary visual difference between the two variants.

The very detailed cockpit would fit into the model more easily if one sanded the fuselage sides so they were thinner. I didn’t do this because I was concerned about sanding off the interior surface detail, but in the final result the cockpit is tight enough you can’t see that anyway, so my recommendation is sand away and get that area around the cockpit about half the thickness it is to start with.

There is a lot of fiddly detail with the engine accessories, which can be seen through the open wheel well. I decided that since the model was unlikely to be picked up very often, that I would only do the major items, the other very small things looking like more trouble than value.

Several other reviewers have claimed the cowling is too small for the engine and resorted to shims to widen it enough to go around the engine. This is nonsense. Once inside the tight cowling, the outer edges of the pistons cannot be seen anyway. Sand the engine down to fit the cowling, because the cowling is right to fit to the fuselage.

I sanded the trailing edges of the wings and horizontal stabilizers from the inside before gluing them together, to get thinner, more accurate-looking trailing edges. The separate rudder is also in two halves and needs the same treatment.

With careful fitting of the wing sub-assembly to the fuselage, you will not need much putty on the joints, but you can’t get away with not using it. I also puttied the fuselage centerline to get it smooth, then went over all the joints with Tamiya Grey Surfacer to get everything nice and smooth.

Checking in with Gary Byk at Red Roo Models, I found that a close approximation of the Australian colors of “Dark Earth,” “Foliage Green” and “Sky Blue” can be obtained by using Tamiya “Red-Brown” for “Dark Earth,” “Black Green” for “Foliage Green,” and “Light Blue” (i.e., RLM65) for the lower surfaces. After first painting the tail and wing leading edges with Tamiya “Flat White” and masking them off, I applied the camouflage pattern freehand and faded the paint to imitate the tropic experience.

After I unmasked the canopy, I found that the sliding part is just too small to really get positioned right, and there are small stress fractures in the plastic from pushing it down into position. I may replace it with the vacuform canopy from an LTD kit I have, which won’t have the problem. I “dinged” the model and scuffed it in appropriate areas, and airbrushed gunfire and exhaust stain. Remember that the rear fuselage between the cockpit and the tail assembly is wooden, so you won’t see any metallic dings there. 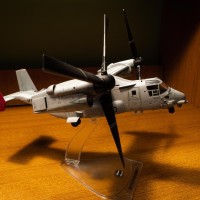 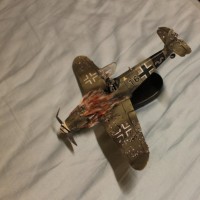 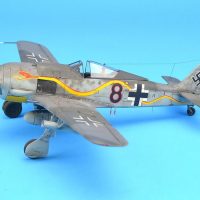 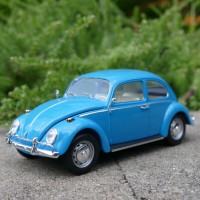