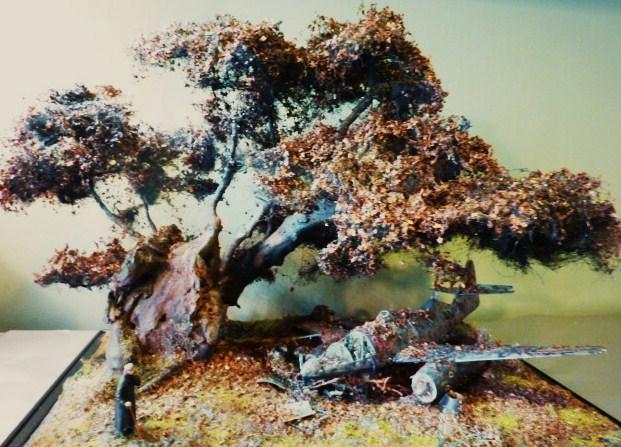 I previously posted photos of a specimen build of the Trumpeter 1/32 Messerschmitt Me 262 B-1a/U1, the late-war Luftwaffe night fighter.

I mentioned that I intended to 'de-construct' the model in part, and use it in a wreck diorama. The result is “Götterdämmerung” (Twilight of the Gods).

As important in the diorama as the aircraft, is the tree, meant to represent a broadleaf tree in autumn. Part of the inspiration for the scene came from late-war photographs of Luftwaffe aircraft hidden under tree lines near main roads, Allied air superiority having forced the Germans to use roads as makeshift runways. I include here a representative archive photograph of such a scene.

In the diorama, I wanted to model a machine that had been abandoned, perhaps still in situ in 1946 or even later. The old woman adds a poignant touch, reflecting perhaps on her fallen country or even personal loss. The figure is from a MiniArt set of German civilians.

Apart from the aircraft, which was built some time ago in a three-week period, everything else here was completed in about four days. A simple exercise, but a useful one in that it gave a dramatic new lease of life to an old, static model. 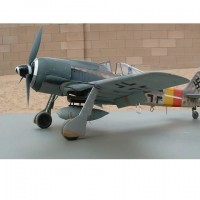 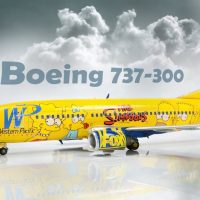 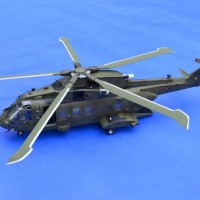