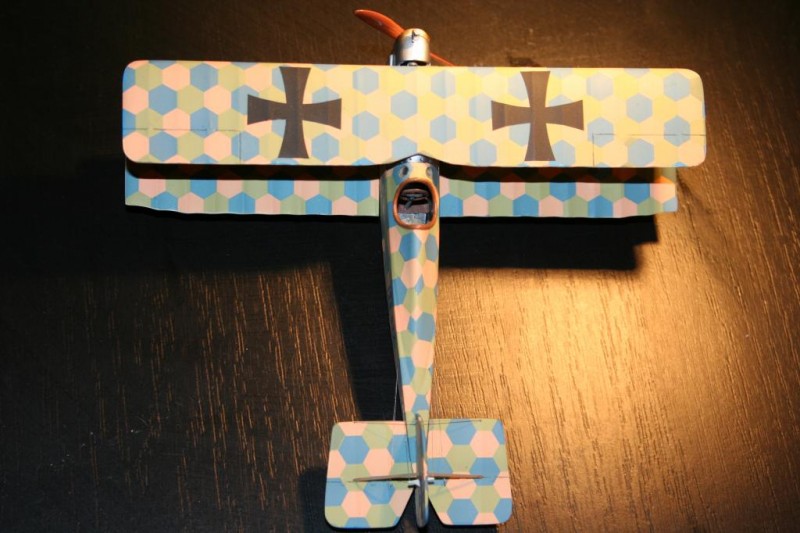 It’s been a while I post anything but the summer is hot and modeling time limited when You really want to go to the beach or pub garden :). This is a contract work for the newly establishing aircraft history museum in Szolnok. They ordered several kits from various Hungarian modelers, I was chosen because of my experience with limited run and resin kits. Originally they wanted the Karaya kit to make but soon they changed their mind as the Flashback kit was more available. Unfortunately they couldn’t buy the lozenge version but they wanted a model with lozenge anyway so provided some Print Scale decals for the kit also.

I’m not a WW1 guy so I tried my best and as the time was very limited I didn’t change anything on the kit and made exactly what I was told.

There was another request: the model have to be strong enough to transport or moving so I had to strenghten the joints as much as possible (with wires) and make the wiring durable also.

There were a lot of diffculties with the decals – they were probably very old. At my first attempts they disintegrated in the water before I can apply them onto the surface and they didn’t set at all. I had to cover them with Aeromaster decal film and several coat of Future before I can begint to work but after these treatments they didn’t want to conform onto the surface. It was more a “patchwork” than ordinary decaling and had to make several “touch ups” at the end. The cowling and the engine was painted with Alclads the wood effect achieved by artist’s oils. The kit is – as i said – is out of the box I only added the wiring used fishing line (with different thicknesses).

So this is the result – not totally accurate but fulfill the requests I hope. 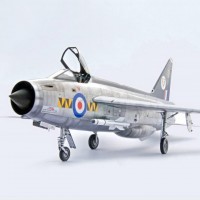 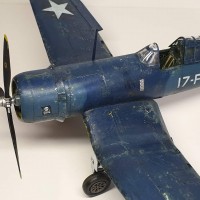 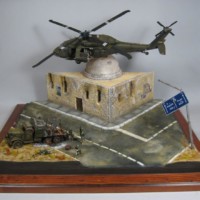