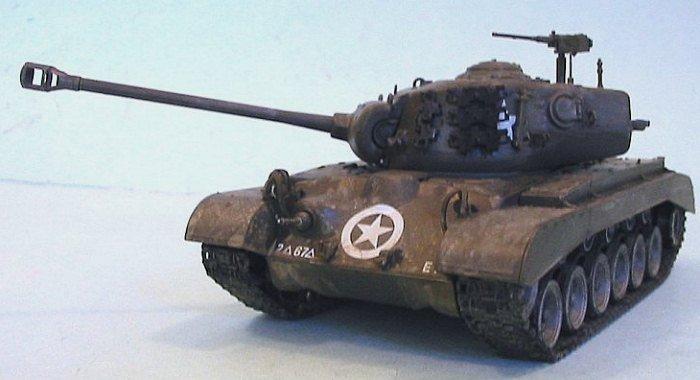 I thought I would put up my model of a USMC M-26 Pershing for the 65th anniversary of the entry of the Provisional Marine Brigade into the First Battle of the Naktong in the Pusan Perimeter, August 7, 1950. The Tamiya kit isn't difficult and provides an excellent model of the first American tank able to take on Soviet armor successfully.

7 August is better known in the Marines as D-Day at Guadalcanal in 1942, but 1950 might be the more important date. In the previous year, following the creation of the Department of Defense, a strong move at "service unifcation" was made, and there were many who questioned why the Navy needed its own army, and a strong push was made to integrate the Marines into the Army. The Korean War changed that. Following the outbreak of war on 25 June, on 28 June, the Commandant of the Corps, General Clifton B. Cates, recommended employment of the Fleet Marine Force in Korea to the Chief of Naval Operations. On 1 July, CNO Admiral Sherman asked Admiral Radford, Commander of the Pacific Fleet, how long it would take to move out a battalion landing team or a
regimental combat team. Radford’s reply on Sunday 2 July stated that a Battalion Landing Team could be loaded in four days and sailed in six, and a Regimental Combat Team loaded in six and sailed in ten. Seventh Fleet commander Admiral Turner Joy was
notified that a Marine regimental combat team could be made available if desired, an offer General MacArthur accepted with enthusiasm. Before that Sunday was out, the First Marine Division had been alerted and orders had been given to the Pacific Fleet
to move a Regimental Combat Team with appropriate attached air strength to the Far East.

﻿On 5 July 1950, orders arrived to create the First Provisional Marine Brigade (Reinforced), built around the 5th Marine Regiment at Camp Pendleton and Marine Air Group 33 at nearby El Toro Marine Air Station. Command was given to Brigadier
General Edward A. Craig, First Marine Division assistant commander, while Brigadier General Thomas J. Cushman, deputy commander of the First Marine Aircraft Wing, was appointed both deputy brigade commander and commanding general of the air wing’s
forward echelon. This flexibility was unmatched by any other ground force in any country; that appointing an aviator second in command of an infantry brigade was considered routine demonstrated the promise of close ground-air teamwork.

By the time the brigade was formally activated on 7 July, personnel shortages were being filled from the Marine Barracks at Camp Pendleton and other west coast stations. Supplies and gear were moving from Camp Pendleton to ships in San Diego, while weapons were transferred from the storage center at Barstow in the Mojave Desert. The speed with which the brigade moved out owed much to earlier planning, as well as the ten-day readiness stocks which had been maintained for both ground and air forces. When the first ships became available in San Diego on 9 July, embarkation plans were complete and loading could begin.

The Provisional Marine Brigade was built around the three infantry rifle companies of the 5th Marines. Artillery came from the 1st Battalion of the 11th Marines. Motor transport, medical, shore party, engineer, tank, and amphibious tractor companies were
assigned along with detachments of signal, ordnance, service, reconnaissance, and military police units.

﻿On 11 and 12 July, the Brigade’s ground forces embarked in three attack transports of Task Group 53.7: USS George Clymer (APA-27), Henrico (APA-45), and Pickaway (APA-222); the attack cargo ships USS Whiteside (AKA-90)and Alshain (AKA-55); and the
Landing Ship Docks USS Gunston Hall (LSD-44) and Fort Marion (LSD-22). Air group personnel and equipment boarded the Military Sea Transportation System (MSTS) transport General A. E. Anderson and the attack cargo ship USS Achernar (AKA-53) at Terminal Island in Long Beach. ﻿On 12 July, exactly ten days after the receipt of the warning order, the two LSDs sailed from San Diego carrying the tank and amphibious tractor companies. The rest of the convoy followed on 14 July. The Marines had justified their existence as the most combat-ready fighting force the United States possessed.

﻿By 15 July, the leading elements of the North Korean forces were halfway between the 38th Parallel and the port of Pusan, on the southeastern tip of the Korean peninsula. Unless Pusan could be held, UN forces would be forced out of the battlefield. Two Army divisions were landed, and by the end of July, what came to be called The Pusan Perimeter was in shaky existence.

﻿The convoy carrying the Provisional Marine Brigade arrived in Kobe, Japan, on 31 July 1950. The week from 29 July to 5 August saw American and ROK forces retreating on all fronts. In the northwestern sector of the front, the North Korean armies advanced 35 miles through the mountain passes into the Naktong Valley, where they stopped opposite Waegwan. To the east, in the northern hill sector, the NKPA pushed forward to Andong on the upper Naktong. In the south, at Hadong, American and ROK troops were overrun.

﻿In the midst of this, the transports carrying the ground units of the Marine Brigade arrived in Pusan on 2 August 1950. By 3 August, the 5th Marines had moved into position at the village of Changwon, 30 miles north of Pusan. On 6 August, the two escort carriers USS Sicily and USS Badoeng Strait took up station offshore to provide air support. Corsair-equipped VMF-214 and VMF-323 on these two small carriers were all the immediate air support available, since Task Force 77 had retired to Buckner Bay, Okinawa, to resupply at the end of July.

﻿On 7 August, the First Battle of the Naktong broke out as the North Koreans were able to ford the river due to lower water levels in the summer heat. ﻿That day, the eighth anniversary of the landing by the First Marine Division at Guadalcanal, the Provisional Marine Brigade entered combat in Korea. Eighth Army commander General Walton Walker ordered an attack westward from Masan toward Chinju, to contain the enemy’s south coast advance. ﻿The 5th Marines engaged in heavy and confused fighting for three days until the hills controlling the road junction at Chindong-ni were cleared on 10 August. The coordinated use of brigade artillery and Marine armor with the support of aircraft from the escort carriers broke up enemy counterattacks. In the early morning of 10 August, the Marines captured Paedun-ni. ﻿That afternoon, leading elements of the 5th Marines were ambushed at Taedabok Pass. M-26 Pershing heavy tanks were brought forward while Corsairs attacked the North Koreans in the pass with napalm. The Pershings proved to be the first American tanks able to take on the North Korean T-34 tanks armed with 85mm cannon as they destroyed twelve T-34s. By nightfall, the Marines were through the pass and two-thirds of the way to Kosong.

Over the rest of the month, in the six days remaining of the First Battle of the Naktong and then the seven days of the Second Battle of the Naktong at the end of August, the First Marine Provisional Brigade provided the backbone of UN resistance, which ultimately resulted in the rout of three North Korean divisions in the first week of September.

In the 65 years since this battle in which the Marines proved themselves the only American military unit able to get to the battle and achieve success, there has never been a proposal to disband the Marine Corps.

(From my coming book: "The Frozen Chosen: The US Marines at the Battle of the Chosin Reservoir", coming from Osprey next Spring) 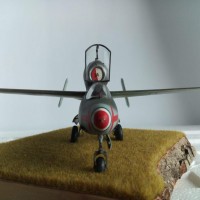 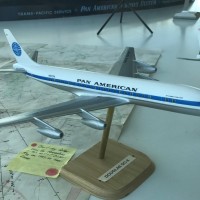