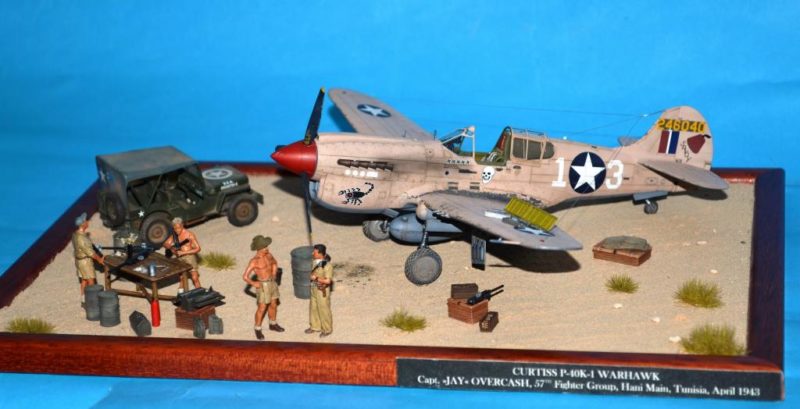 Yes, I am terribly fond of desert dioramas. They are so colorful. And I have always been especially intrigued by "pink" Warhawks in North Africa. What an unusual color, and a great challenge for a modeler. I was helped a lot by the famous LIFE magazine correspondent COLOR ! photos, made on the spot in Libya or Tunisia in 1943, which show exactly what this color was like (see pic 15). My model is the representation of a Curtiss P-40K-1, flown by R.J. 'Jay' Overcash from 64th FS of 57th Fighter Group in Tunisia, May 1943. This is the group that later flew P-47 Thunderbolts from Corsica and was made immortal in the William Wyler's color documentary Thunderbolt, made in 1944.

I tried to faithfully represent not only the color but also the worn out aspect of a real desert bird from the frontline. One prominent feature, shown very well on war photos, are different stencils, that really stand out from pink background (pic 17). The plains were namely first painted in OD. After they were destined for Africa, they were painted "pink" - the stencils simply masked and painted over. That's why they are in OD rectangles and so prominent, and I made great effort to show this. But there's no way you will get this stencils from any manufacturer. I had to study the real war photos, decipher them and make them on my own.

The model is classic Hasegawa, 1:48, quite nice in all aspects. It was enchanted with a lot of aftermarket detail: gun and ammunition bay, cockpit, wheels etc. The great decals are from Barracuda. The figures are from different sets - Jaguar, Verlinden - with Hasegawa jeep. 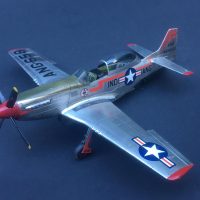 Mustang for 2…or…
Jim Harley 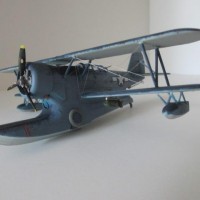 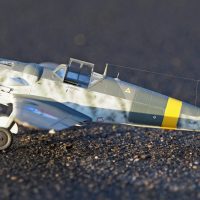 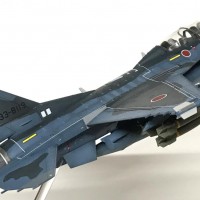