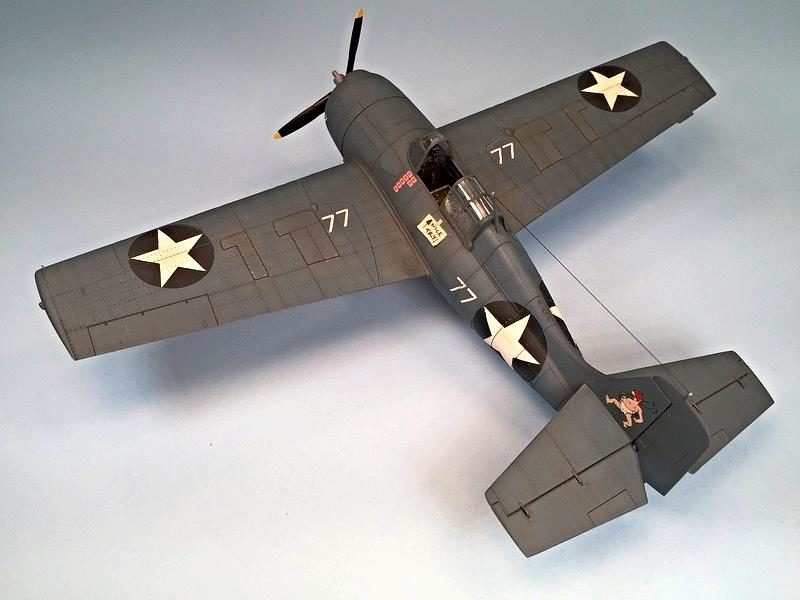 Here's Tamiya's 1/48th Grumman F4F-4 Wildcat in the colors of 1st Lt. James Swett of VMF-221 at Guadalcanal in 1942. Paint is Tamiya Acrylic thinned with Mr. Color Leveling Thinner. The National Insignias and "77"s were Montex masks. This was the first time I've used them, and I like them a lot. The tail art is a decal from the Montex set. I also added some Eduard photoetch to the cockpit. The kit has been around for 22 years, so its familiar to most, and other than having to be very careful when joining the fuselage to the wing (otherwise you'll lose some raised detail), it goes together pretty well.

During final assembly, some solvent based glue must have gotten behind the canopy (and I honestly dont know how, because I wasnt using any near there) and created a stain. As I tried to pry it loose to polish it out, it begain to crack. With no spare and seeing that taking it off and polishing out the stain wasn't an option, I had to improvise. I drilled out a "bullet hole" near the stain and etched in a few spider cracks. I added the "Nice Try" sign as if the ground crew had placed it for a photo op before fixing it. Unfortunately, I could find no evidence of Lt. Swett having his canopy shot over Guadalcanal. That would have been convenient (for me at least!). Life gave me lemons, so like any self respecting modeler would do, I chugged a bottle of Lemoncello and came up with a hare brained scheme to save face! 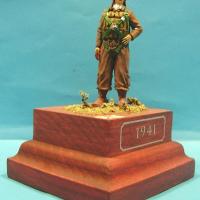 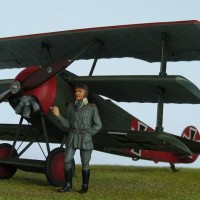