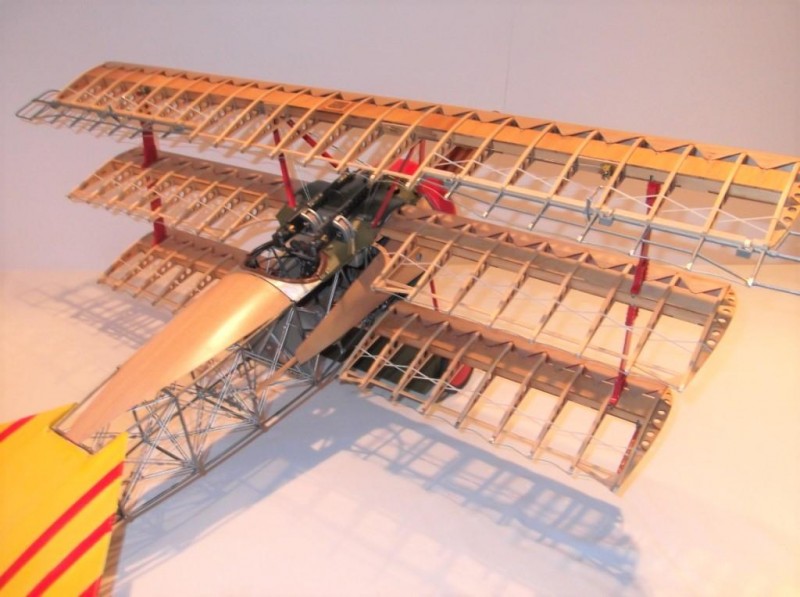 As threatened previously, here are some pics and the background to what started out as one of those Hachette (very expensive) part works that claimed to give you a 1/8th scale model of the Red Baron's Fokker Triplane.

An old chap who died a couple of years ago became a mate after I discovered that, as a 10 year-old in 1940, he and a friend beat the village copper to the site where a famous Messerschmitt (the Duxford one) came down on 30/9/40, in the hope of liberating some interesting bits. He also made the occasional model but got into the habit of buying these part works, rarely seeing them through to completion. He was not without talent, just had a relatively short attention span.

After I showed him my 1/28 Triplane, he persuaded me to take over the Hachette model after he'd made various elements OOB, but become seduced by their Bismarck and then their U-boat kits. I reluctantly agreed, myself seduced by the thought of how much detail this kit would have. Rarely have I allowed myself to be led astray to the extent I was on discovering how comparatively superficial the detail was on this model that screamed out for tinkering with.

If anyone's lost the will to live, I'll be happy to detail the shortcomings I discovered, but the attached sequence of pics shows the end result. My advice to anyone who wants a model this big, buy the Hasegawa kit if you can get one.

The span of the top wing is 820 cm (just over 2ft 8ins) so after completion it ended up (because of the size) wrapped in plastic on a high shelf in my garage, which was a bit sad. My chum was very chuffed with the result and insisted that it was mine since I'd put in so much work.

After he died, I gave the model to his son who also cherished one of the few models his Dad had completed - the Hachette Spitfire Mk V. Both models now adorn his custom-built room somewhere in Paignton in Devon. 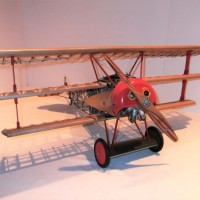 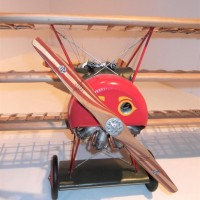 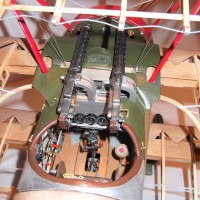 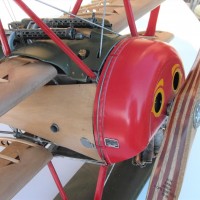 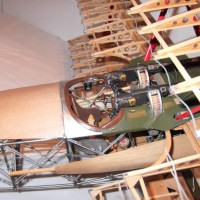 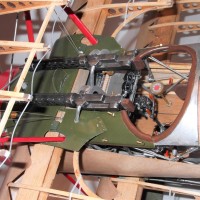 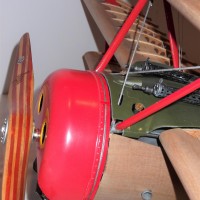 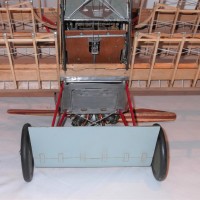 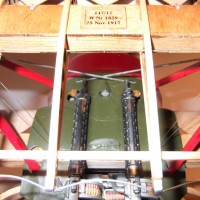 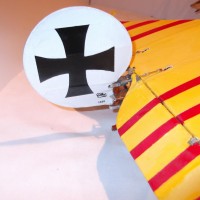 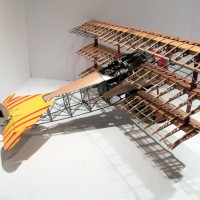 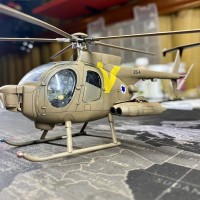 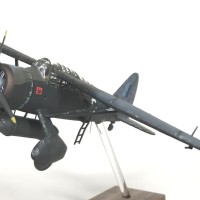 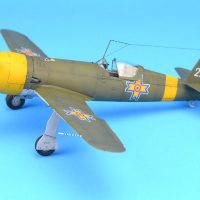