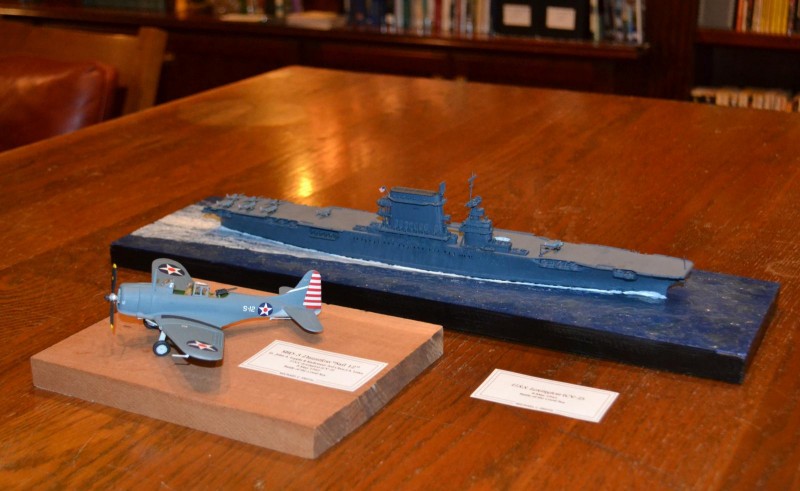 I finished two models to commemorate the 75th anniversary of the Battle of the Coral Sea, which concluded with the sinking of the U.S.S. Lexington (CV-2) on May 8, 1942.

The ship is a 1/700 scale U.S.S. Lexington(CV-2) by Trumpeter. The only modifications I made to the kit were to one foremast platform, which didn’t seem to match photos from the battle. It is wearing a freshly applied Measure 11 Sea Blue applied during a refit at Pearl Harbor two months earlier (or is it Navy Blue? We don’t really know, but after a few weeks at sea the difference is academic due to the rapid fading of the blue pigment in the ships’ paint). Its four twin 8″ turrets have been removed and replaced with 1.1 mm quad mounts. I couldn’t identify any deck markings, so the deck is my traditional FS 36118 “gunship gray” and walkways are deck blue. I finished several TBD Devastators and a couple of SBDs, but didn’t attempt a full air group, figures, or photo etching, much less weathering. This is my first ship kit to complete – even out of the box – in almost 25 years, so I tried to hold myself to essentially an “out of the box” build.

The plane is a SBD-3 Dauntless by MPC, which is a reboxing of the Airfix SBD kit. During the Battle of the Coral Sea U.S. Navy Lieutenant John A. Leppla and Radioman 3rd Class J.A. Liska were pilot and gunner of a SBD-3 from Scouting Squadron 2 (VS-2) based onboard the Lexington, and were credited with shooting down five Japanese planes during one air action on May 8 while flying anti-torpedo plane cover for the Lexington. “Sail 12” had participated in the attack on the light carrier Shoho the day before, and was lost with the Lexington when it sank late in the afternoon of 8 May 1942 after Leppla had landed.

The SBD is out of the box with the exception of aftermarket decals, and is my first to finish using full glosscote/dullcote procedures and decal setting solution, but I didn’t attempt any weathering.

A brief note about the Lexington. A May 1942 Lexington has always been a favorite of mine, and the Trumpeter kit is my fourth in 1/700 scale. I got my first Fujimi kit in New Orleans in junior high (spring 1978) and beginning in graduate school kitbashed a second in the May 1942 configuration that the Trumpeter kit is in, and built a third in its 1930’s appearance of Navy Gray with mahogany flights deck marked with Chrome Yellow.

Frustrated with the Fujimi, I had begun drawing plans for a scratchbuilt 1/700 version of the ship in 1993-94, but had not gotten further than the hull when Trumpeter came out with May 1942 kits in 1/700 and 1/350 scale. The kit is far, far superior to the Fujimi – while Fujimi’s profile approximates the Lexington, the hull shape is completely wrong, especially aft, and the flight deck and island are shaped wrong as well.

I already have a prewar Saratoga in the workshop so I can try one with accurate colors (the prewar Lexington is in Light Gray, which I didn’t realize at the time was too light for interwar Navy Gray, which as my Aurora Enterprise shows has a bluish cast). 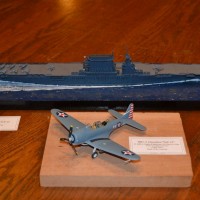 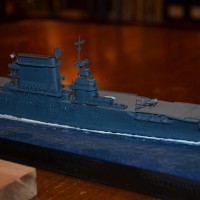 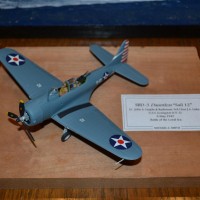 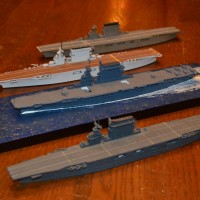 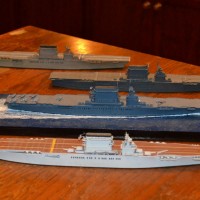 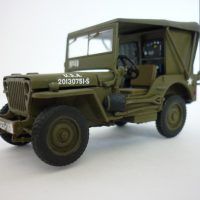 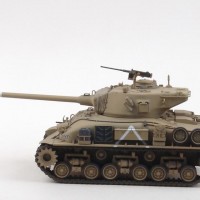 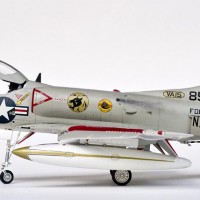