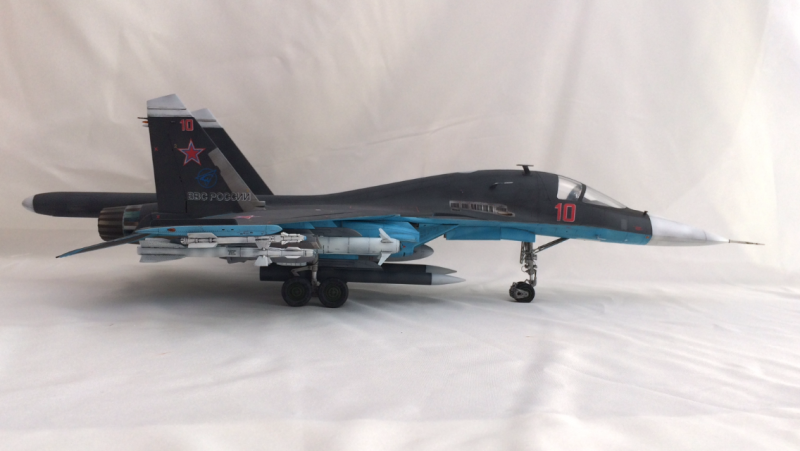 Hi again folks, just finished building Mr Putin's flying tank! This is the fairly new Hobbyboss 1/48 scale kit of the strike flanker and the first ever Su-34 in this scale. I waited ages for its release and eventually bought it back in April for the whopping fee of £130! The asking price certainly caused a lot of controversy on online forums when it was first announced. Can HB justify charging this much for a 1/48 scale kit? Well I'll get to that in a bit.

For those of you who are unfamiliar, the Su-34 is a medium to long range supersonic fighter bomber. It is a versatile and manoeuvrable aircraft, and can engage ground targets, tanks, ships and large aircraft. It is also very capable at short range and can hold its own in a dogfight. It even has a toilet and a mini kitchen on board for those long haul flights!

The model itself is quite a size! It is 46 cm in length with a wingspan of 30 cm. It's actually bigger than my F-16 and Harrier in 1/32. I included a Tamiya paint pot in the last pic for an idea of scale. I painted it using Mr Hobby and Mig acrylics, and finished it with Vallejo varnishes and Flory washes. You get instructions for two paint schemes, either the one I chose or the classic blue Flanker camo. I decided to save the blue camo for my Su-27 ( when I get round to building it ) and went with the modern dark grey scheme.

The selection of ordinance in this kit is really impressive. If the Fullback can carry it, then it's in the box! I decided to go for a range of different weapons to showcase the jets versatility. I went for some short and medium range air to air missiles on the wing tips, a mixture of 250lb and 500lb bombs and a couple of KH-59 anti-ship cruise missiles on the wings. The huge missiles mounted underneath the fuselage are the long range R-172's normally found on the BUK surface to air missile launcher.

I decided to build it completely from the box without any aftermarket at all to find out if it is worth the price. Well actually I did add a lead weight to the nose for a ballast, available from all good fishing tackle shops! There is a photo etch interior kit now available from Eduard but I didn't go for it as the cockpit does not open. This is accurate as the crew have to enter the cockpit through the front wheel well. The cockpit detail was still pretty good though considering. You get some photo etch for the heads up display and decals for the instruments.The landing gears in the box are metal as well to give it a bit of stability, and you also get rubber wheels.

The moulding of the plastic is pretty impressive! The panel lines are pretty fine and there is some nice detail in the wheel wells. I needed a small amount of filler for the air intakes but that was pretty much it, and that could have very well been my fault... who knows? The main criticism from other reviews however is the nose. The nose on the actual jet comes to more of a point and doesn't have panel lines. It still looks very much like the distinctive Su-34 nose though to me, it can't be that far off.

So is it worth the price? To be honest I thought it was a really good kit, and I really enjoyed building it. There are some nice touches, it goes together well and the decals are great. You get a big well packed box with the fuselage halves separated from the sprues to avoid damage, as well as a smaller internal box containing the clear parts and rubber parts etc. Having said that though, I paid the same for the Tamiya 1/32 F-16 and £90 for the Eduard limited editon Su-27 in 1/48, and can't help but feel like you get a lot more for your money with them.

With the F-16 you get all of the above plus a removable engine and cart, a lead nose weight included in the box and canopy masks as standard. With the Eduard kit you get millions of photo etch and resin aftermarket.

What you get with the Hobbyboss kit though is an extensive weapons set. I still have loads of different variations of air to air missiles left, as well as 100lb, 250lb, and 500lb bombs, KH-58's, Kh-31's, rocket pods, a few different types of 1500lb guided bombs, KMGU bombs and a fuel tank! I think that is where the extra money has went to be honest! I'll definitely be using some of them on my Su-27 and I'll probably have to buy some other 1/48 Russian strike aircraft just to use up the rest. Or sell them on Ebay!

So do I recommend it? Yeah why not! Or alternatively you could just buy the newer slightly cheaper Kittyhawk version in 1/48, but I don't know anything about that one! 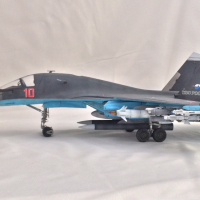 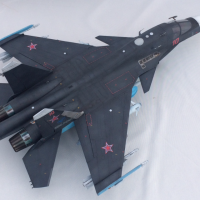 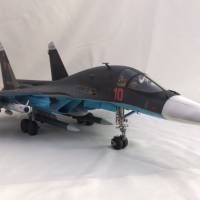 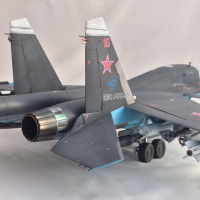 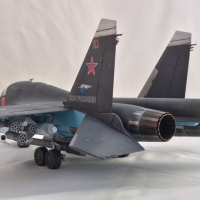 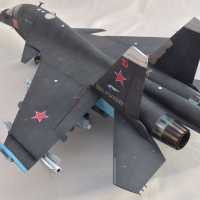 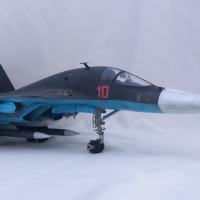 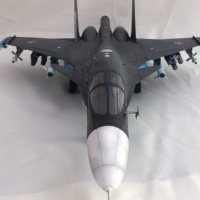 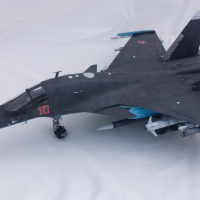 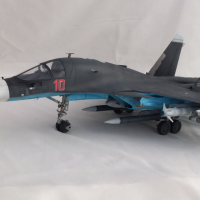 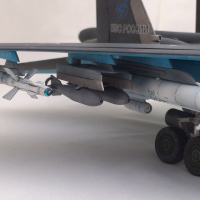 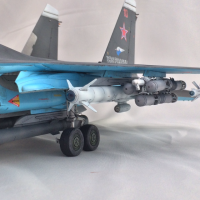 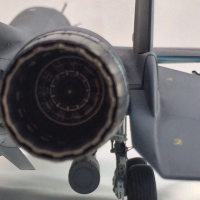 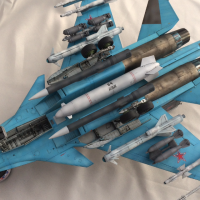 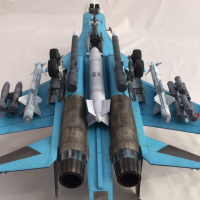 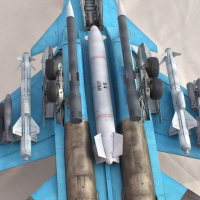 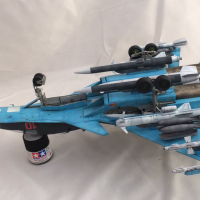 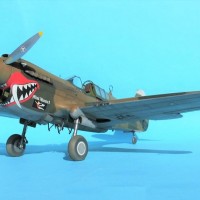 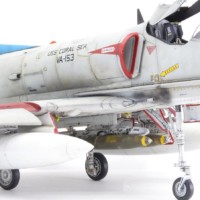 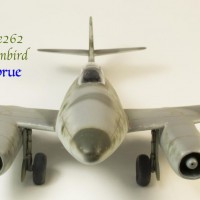