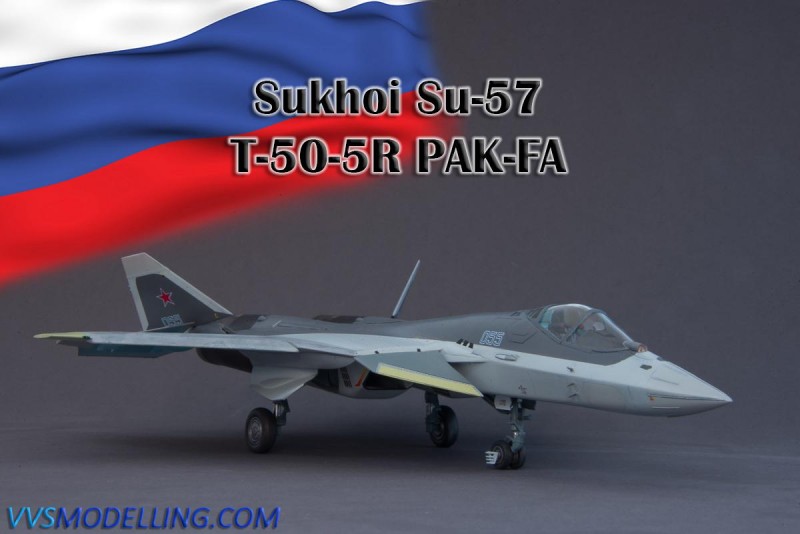 Sukhoi Design Bureau doesn’t need special introduction. Established in 1939 by Pavel Sukhoi. While the WW2 designs didn’t reach much fame, it was the jet age, that made the OKB-51 (as the Bureau was labeled) most famous. Supersonic Su-7 fighter bomber developed into interceptor (-9 and -11) and attack line (-17, -20, -22 series), the Su-15 was made infamous shooting down KAL B747 and the sturdy attack jets Su-24 and Su-25 still form the backbone of Russian Air Force. But it was the Su-27 and the subsequent Flanker family, that made the Sukhoi name very famous in the West. Flanker’s long range, high payload and high maneuverability made this fighter an instant star of international airshows and a serious new threat to Western forces. Su-27 has evolved since its first flight 4 decades ago into a Su-35S ‘Flanker-E’, a highly capable super-maneuverable generation 4++ multirole fighter.

After such a successful line of fighters, it is no surprise, Sukhoi OKB won the bid to produce new 5th generation stealth fighter with a factory designation T-50, also known as PAK-FA (Perspektivny Aviatsionny Kompleks Frontovoy Aviatsii). The prototype first flew in 2010 and to this day, 10 aircraft were built – 2 for static testing by TsAGI and 8 for flight testing. Currently, the aircraft use the same engine as Su-35S, the Saturn 117, while the production aircraft are expected to be powered by the izdelyie 30 engine, which will be even more powerful and have fewer parts and lower fuel consumption.

Modelling the PAK-FA prototypes however poses a challenge. As we are talking about developmental aircraft, each new aircraft has certain differences compared to the previous. And even the same airframe gets changed during the testing scheme. For example, all the aircraft from 3rd prototype on feature slightly enlarged wingtips and modified tailfin root intakes. Luckily, there are plenty of photos available – I recommend checking the russianplanes.net for references.

The subject of my build was the fifth flying prototype T-50-5 (Blue 055). The prototype first flew on 27th October 2013. While the first four prototypes shared the white-grey geometrical splinter camo, the T-50-5 was the first to sport the new light blue/grey camo with feathered edges which soon gained the name ‘shark’. In June 2014, while landing, the right engine caught fire – test pilot Sergey Bogdan managed to safely land the aircraft but the airframe was extensively damaged. The aircraft was sent for repairs and was later returned to flight testing with the new, hard-edged shark camo. It is also of interest, that despite being repainted, several parts of the airframe remain unpainted and/or are painted slightly differently.

There are only two injected plastic kits available on the market in 1:72 scale – Zvezda (also reboxed by Revell and Academy) and HobbyBoss (also reboxed by Ark Models). While both models suffer several shape-based inaccuracies, especially in the intake area, HobbyBoss made a better effort with the shape of the nose area. However, they also managed to misjudge the scale, making this model more of 1:60 scale, so forget of using any aftermarket items, not designed exactly for HobbyBoss kit – ejection seats for example. As with Zvezda, you can build the first two prototypes from the kit – with the included decals and two different canopies as option. The model builds rather nicely but the fit of the intakes is challenging and will require filling and sanding. Landing gear is rather complex to build while the rear wells are basic (front one is luckily covered on ground). The exposed engine/exhaust area is also rather basic with some oversized details.
The decals used were the new Begemot T-50 decals designed especially for this kit. They are thin, settle down nicely but unfortunately, my copy was slight misaligned. While the wingwalk dotted lines are rather tricky to apply, the decals themselves are great, enabling you to build any airframe of the T-50 project. Stencils however are more oriented towards the first four prototypes so for a shark scheme, a trip to the spare decals folder or some ingenuity are necessary. And you get stencils for all the weapons that PAK-FAs were so far seen armed with during testing. 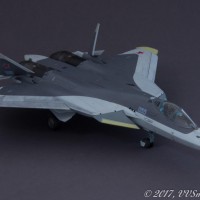 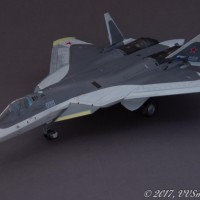 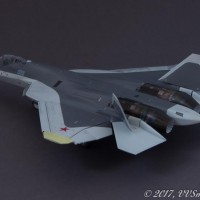 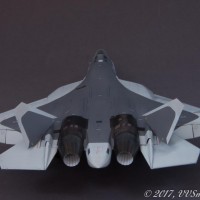 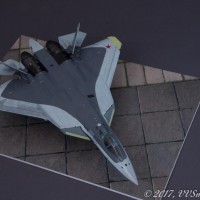 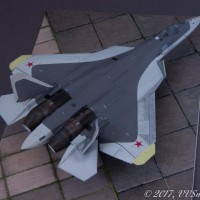 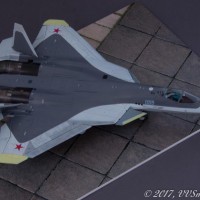 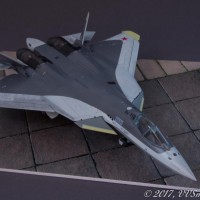 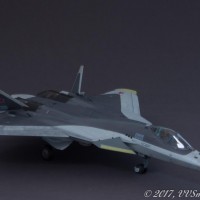 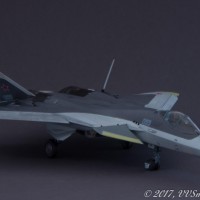 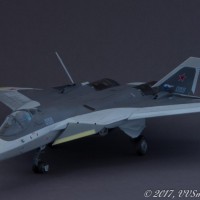 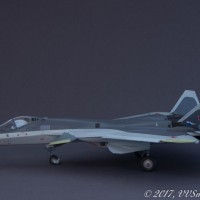 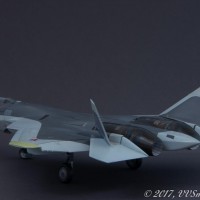 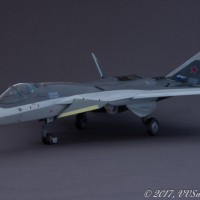 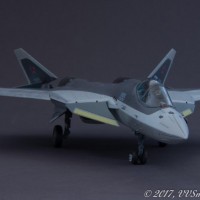 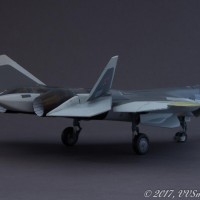 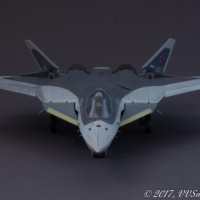 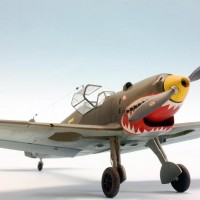 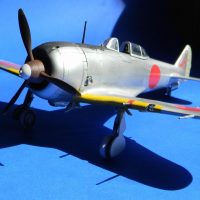 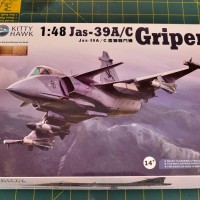 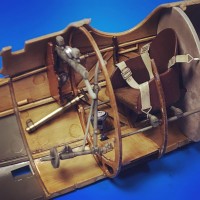