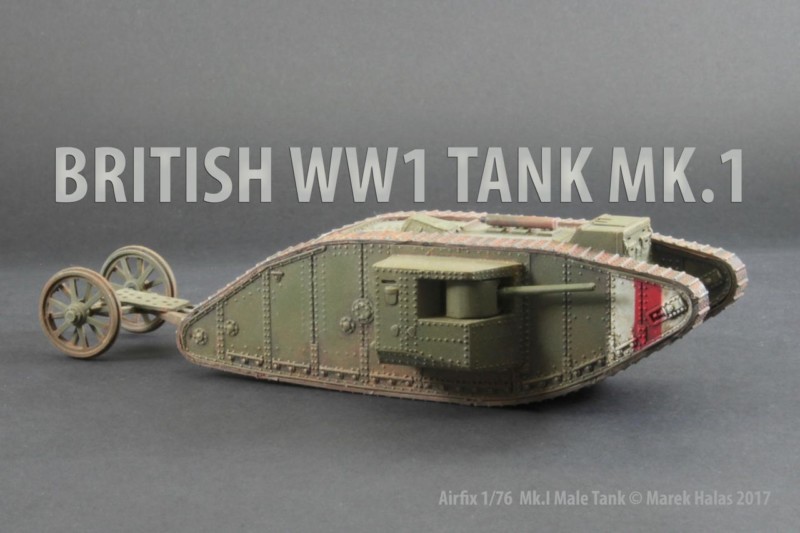 More popularly known as the tank, the name that stuck rather than HMLS, this is the 1/76 Airfix World War One Tank Mk.1; and a suitable subject methinks for a post this Armistice day (11th November 2017) . 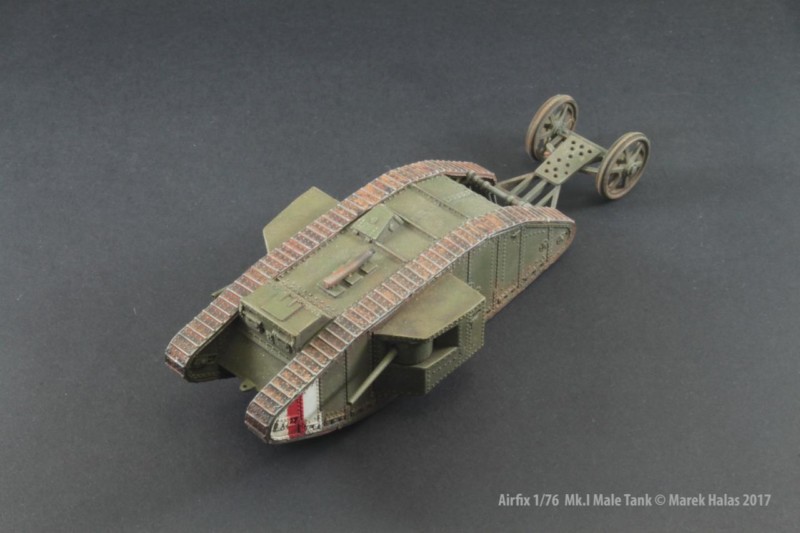 Yet another old kit from a bygone era that can still be made into something that doesn't look too shabby. 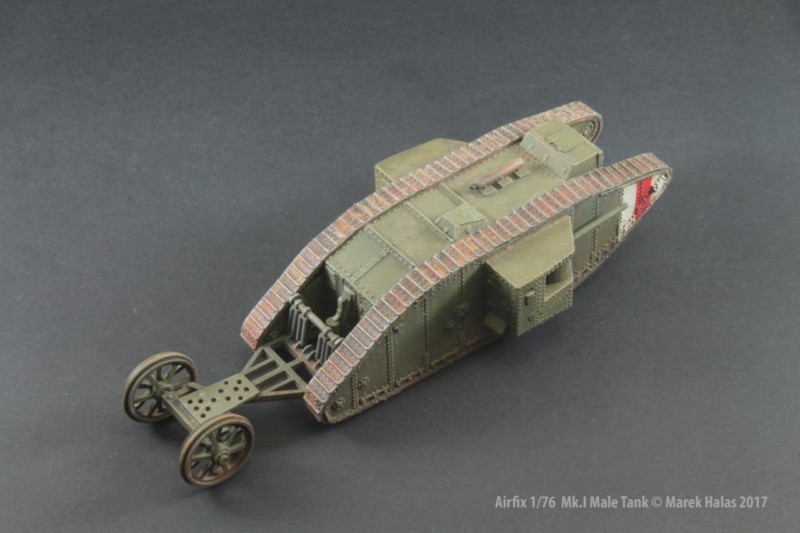 The kit was acquired as an unfinished project from a deceased estate which I used as a spray mule to begin with. 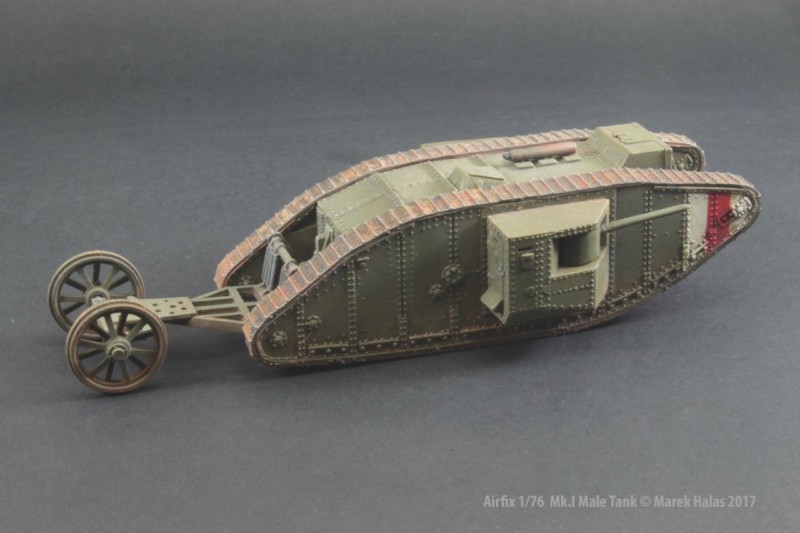 It was an ignominious though useful start for this particular build, as various coats of primer, pre-shading, khaki/green paint, post shading, washes, and dry brushing etc..were tried out. 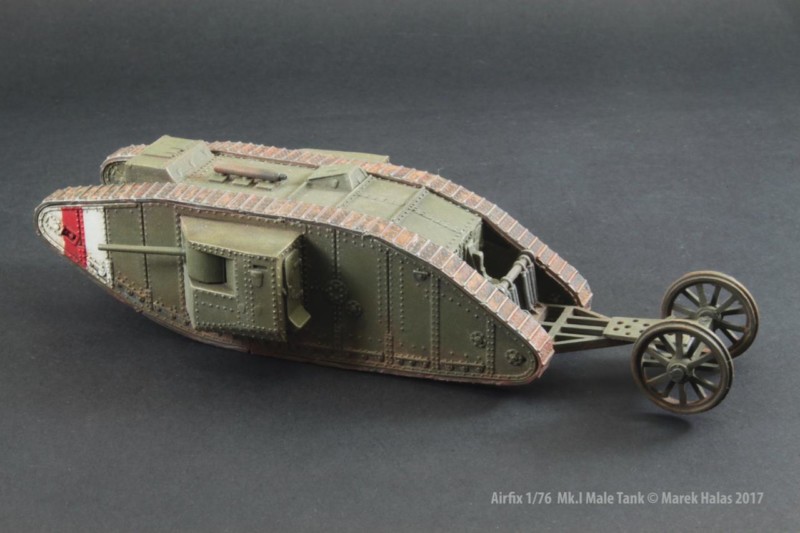 At some point I decided that this Airfix kit actually doesn't look too bad...so, on went the rest of the bits, the tracks were weathered up and some very generic identification bands painted on, which I'm now reliably informed weren't applied for the 1916 iteration of the Land Ship.

Never mind, no cigar for me! 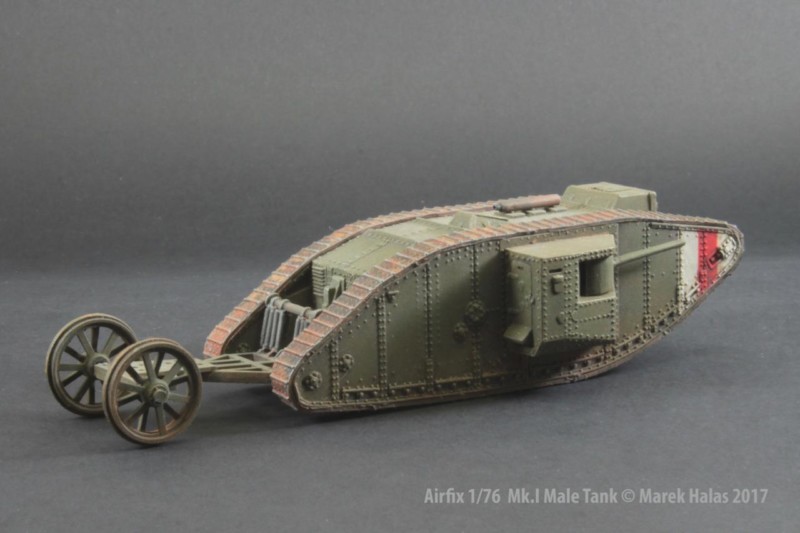 The kit decals were long lost, so this really is a generic representation of a Mark 1, along with some spurious red & white bands, which at least add a splash of colour to all that khaki/olive green. 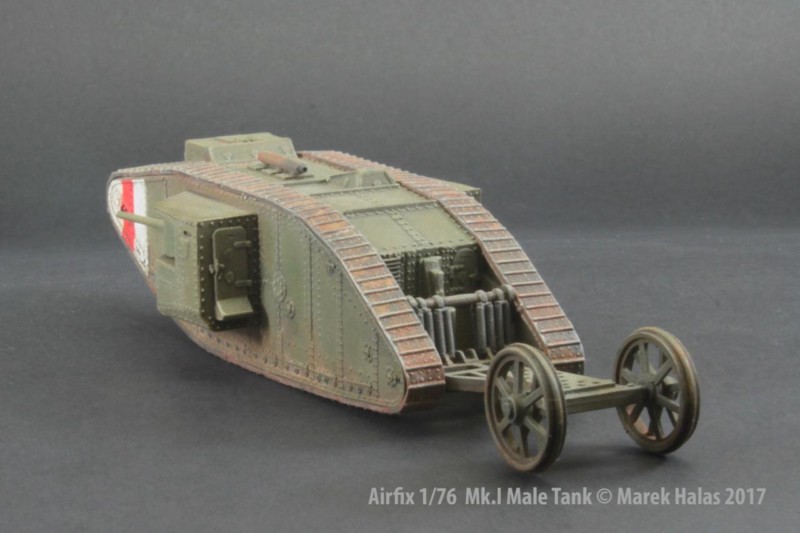 Completed earlier this year around March of 2017, it now sits in my cabinet amongst the 1/72 aircraft and really cries out for a suitable diorama or base as it is rather a lone subject...I much prefer 1/35 if I'm doing armour. 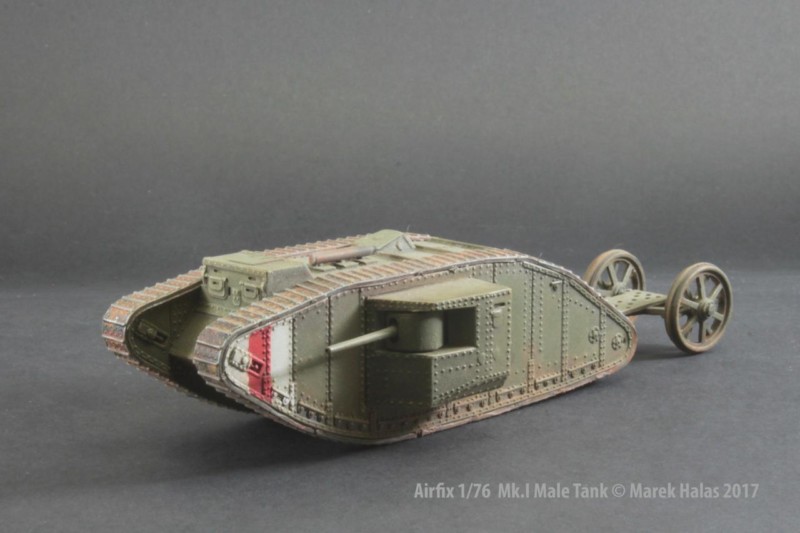 The build's not quite over then, as a diorama type base of some sort is in the offing..perhaps next year, but I've yet to try my hand at this. 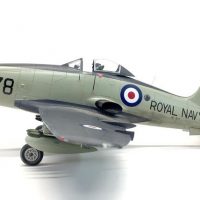 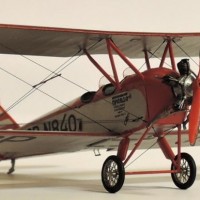 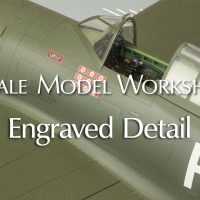 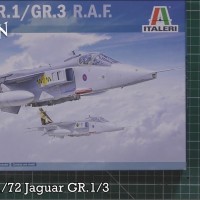