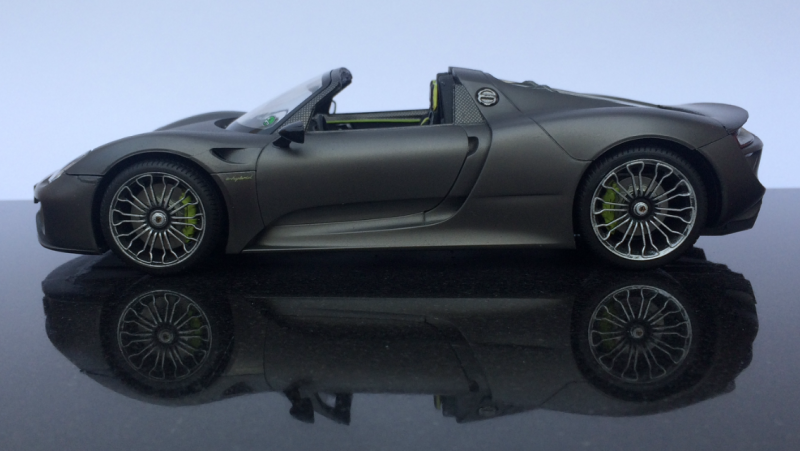 Hello again! First of all may I just say this new website is looking snazzy! Thanks for all the hard work that has gone on behind the scenes!

In recent years the term ‘super car’ has become all to common. The performance and specifications of most modern high performance exotics can easily land them into the category of super car. So it’s fair to say we needed a new category… This is Porsche’s first ‘hyper car’, the 918 Spyder.

The 918 has a naturally aspirated 4.6l V8 petrol engine which generates 608 bhp. This doesn’t sound much for a new flagship Porsche, but when you combine that with the other two electric motors on the front and rear axles, pushing out an additional 279 bhp, you get a grand total of 887 bhp. Once that power has been delivered to the tarmac through the sophisticated four wheel drive system, the result is formula one levels of acceleration. That is 0 – 62 mph in 2.5 seconds by the way…

The kit itself is from Revell in 1/24 scale. It is quite a decent kit, but it’s not a Tamiya… I read a review in a magazine when it was first released claiming that it was easily Revell’s best car kit so far. It’s a curbside model, but there is still a lot of detail in the front and back. This is unfortunately covered over when the model is completed. I looked at opening up the engine bay and the front of the car, but this would have been major surgery. In the end I just left it as is. It would be good to see Revell take their kits up a notch by incorporating opening boots and bonnets into some future releases. That’s trunks and hoods for our friends over the pond!

I replaced the wheels from the kit with some resin ones from Plamoz. I accidentally pushed my thumb through the spokes of one though… so the rear right hand side wheel is from the original set. I think the difference in quality is plain to see.

There are two versions of the car available from Revell. The standard car and the Weissach package. I had the standard kit version, but decided to do a bit of custom work with the carbon fibre roof, spoiler and interior which is standard on the Weissach package. I much prefer the wheels from the standard 918 so kept them on my model rather than go for a full conversion. I did do a little bit of surgery and opened up the air intakes and out takes, replacing the kit parts with some wire mesh grill left over in the spares box.

For the paints, I tried some acrylics from Gravity Colours. I used a dark metallic grey for the body work and a Porsche acid green for the brake callipers and the interior trim. They were good quality, but I found the grey went on a little bit grainy. That could have very well been my fault however… maybe the pressure was too high on the compressor for the paint.

My favourite part of the kit is the metal cover at the back over the engine bay. It is actually a clear glass part with a decal to give the illusion that it is a single piece metal part. I think the end effect is very convincing and a really nice touch. If think it would be impossible to replicate the exact contours using photo etch.

In conclusion I would say that this was an enjoyable build. It doesn’t have the level of detail seen in a modern Tamiya kit, but it still went together without any problems and I would more than recommend it to automotive builders.
So now the bench is clear. If you managed to persevere through to the end of the article, you get to vote on my next build… Either the Eduard Su-27 or the Tamiya LaFerrari, complete with a work in progress! Which one would you prefer?
As always folks, thank you very much for checking out my article, it is very much appreciated! 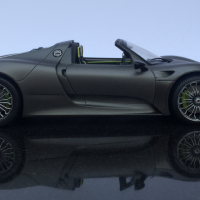 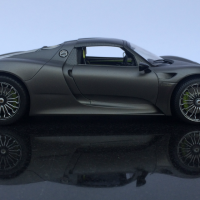 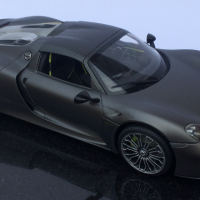 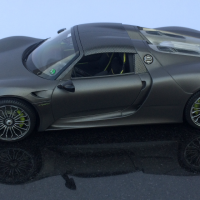 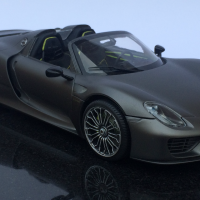 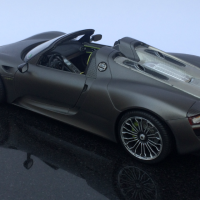 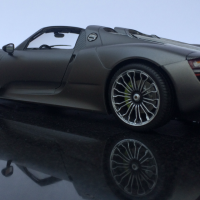 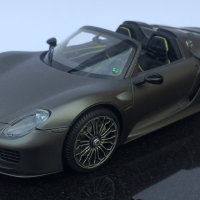 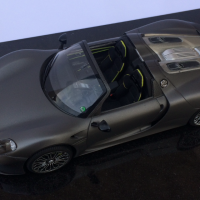 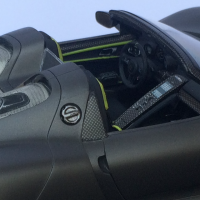 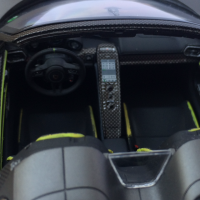 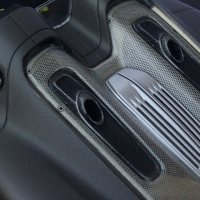 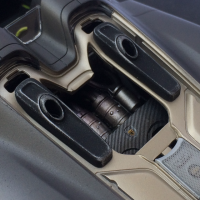 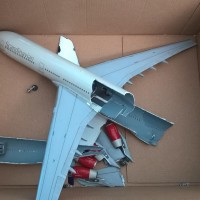 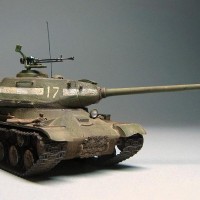