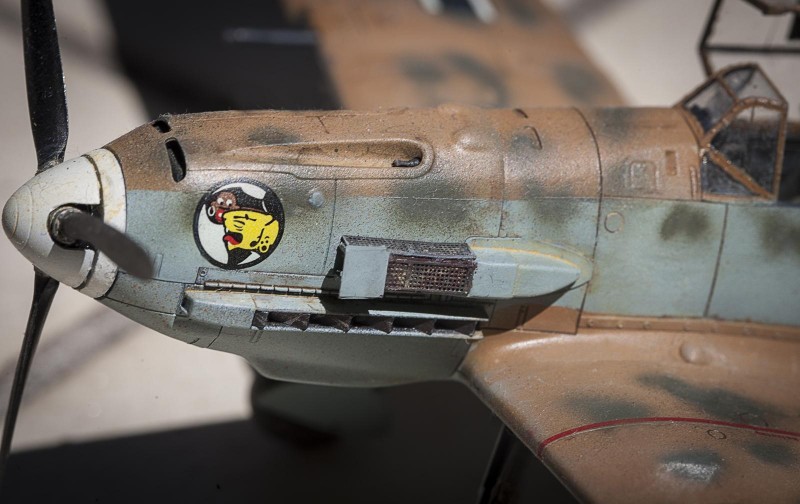 The mentality of those whose families fought and suffered on the ‘right side of history’ is often, understandably, to automatically consign those fighting on the other side, to a pigeon hole that does not allow for admiration. During this build, I found myself re-reading a lot about a pilot I have no option but to admire on some levels – although I should also be clear that it still feels difficult when I look at the markings on his plane, and think of the regime he fought for, to maintain that admiration. I had long planned to model the mount of this particularly famous ‘enemy’ pilot. Although this wasn’t meant to be that build or that pilot!

When the Year of The Cat group build was set in motion by the estimable Louis Gardner (to whom great thanks are due for running such a great group and responding so regularly and expertly despite all that life threw at him during this time) I thought I’d do a BF109 E4/7 Trop in the fairly short-lived ‘Leopard’ style camo of the Luftwaffe in the earlier days of WW2 in Africa. Given the emblem of the famed JG27 there seemed to be enough ‘cat’ involved to make it a valid contribution. 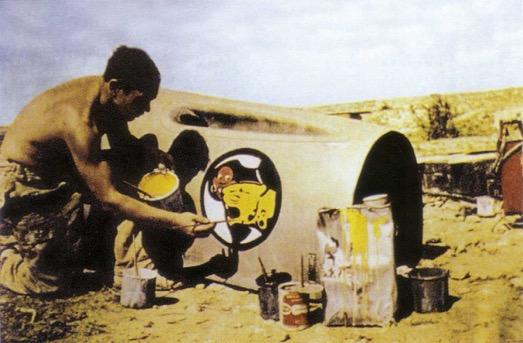 Just about the most famous photographs of that camo scheme are of a 109 said to be flown by Werner Schroer of 8 Staffel, Three Gruppe, JG27 over Libya in 1941. 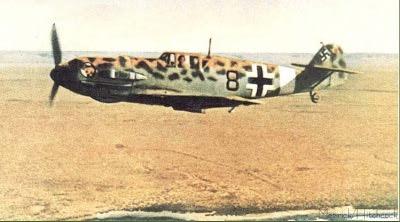 Many have built the Tamiya 1/48th scale BF109 E4/7 kit in the ‘Black 8’ scheme and just as I was about to commit to it, Louis posted his excellent version of exactly that plane! Ever the gentleman he suggested I should go ahead with the build. However, 2 posts of the same kit in the same markings seemed like something to avoid. This resulted in the first change of direction for my build! Another well-known photograph is of JG27’s ‘White 3’ – so I opted to build that plane (I even considered painting a background to mimic the famous snap!). 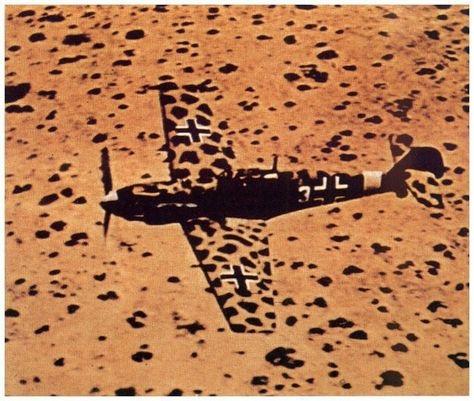 The final twist in the tail of this project though, came about three-quarters of the way through it – while researching in preparation to paint the camo scheme, to my great joy, I read of two aerial battles, one on 23 April 1941 and one on 31 May 1941 during which Hans-Joachim Marseille was shot down by Hawker Hurricanes while flying a BF 109E-7 trop. Like many modelers I have always wanted to build an aircraft flown by the Luftwaffe legend. I have the recent Eduard F4-model Messerschmitt in the cupboard and will at some point follow that well-worn path to build one of his ‘Yellow 14’ mounts.

I had previously read that Marseille flew E-7s in Europe and for a period of about a month before the F-models arrived in Africa. Most of the literature however, suggested that there were no details of the actual planes involved. I had given up on building a Marseille E-7, which had been the original purpose of buying the Tamiya 1/48th kit! Thanks to a search that threw up a the ‘Stardust’ graphic design studio’s ‘Star of Africa project’ it became clear that some evidence was available on the plane he flew, as provided by some contemporary photos belonging to the historian and 109 expert Lynn Ritger. 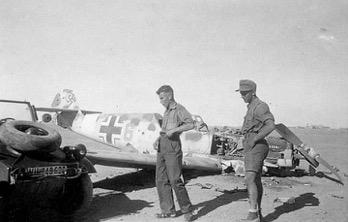 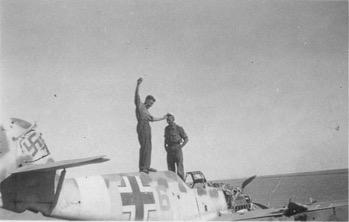 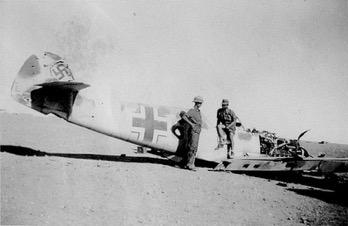 So, the build changed direction a final time and I was very happy to be about to paint the lesser known ‘Yellow 6’, fulfilling the original purpose of buying the kit and getting to paint the intended Leopard camo with the emblem of JG27!

The Tamiya kit went together with few issues - I used photo etch parts from Eduard - mostly cockpit, but some on the fuselage (hatches and trop filter), wings (air filters), and on the undercarriage (brake wires and hubs). My exploration of etch continues with a desert Martlet/Wildcat I will post in the near future in this group - the jury is still out in the 'effort vs reward' debate with so little of this type of etch being visible in the final output. I will in future try the more visible gun bays and wing flaps - right now I am still very much learning. Paints were Vallejo Air, and Alclad, weathering was done with Tamiya panel line washes and oils and pastels.

In terms of Marseille, enough has been written and history records his feats as an ace. He eventually became the Luftwaffe's top scoring fighter pilot over the North Africa and was recognized as an unconventional individual who was not aligned to his leaders’ views (although that is another argument). When he was shot down by those Hurricanes, Marseille, aged 21, had scored only eight victories. Eventually he would rack up 158 before being killed in a failed attempt to bail out of his brand-new BF 109G-2, which had suffered engine failure, in September 1942. Such are the fine margins when it comes to being a fighter ace. 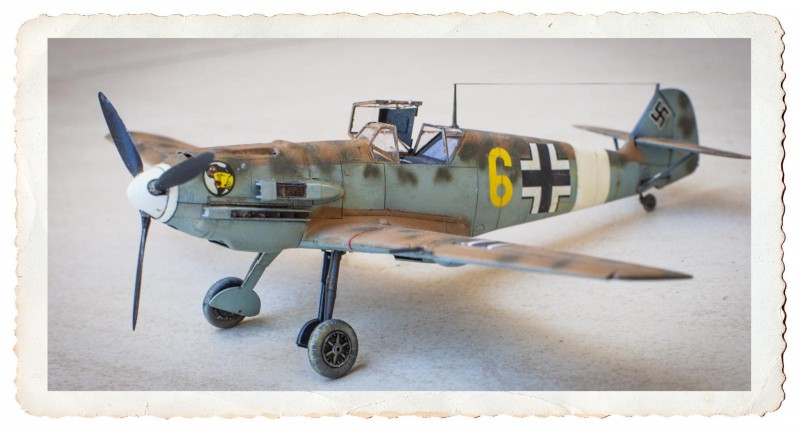 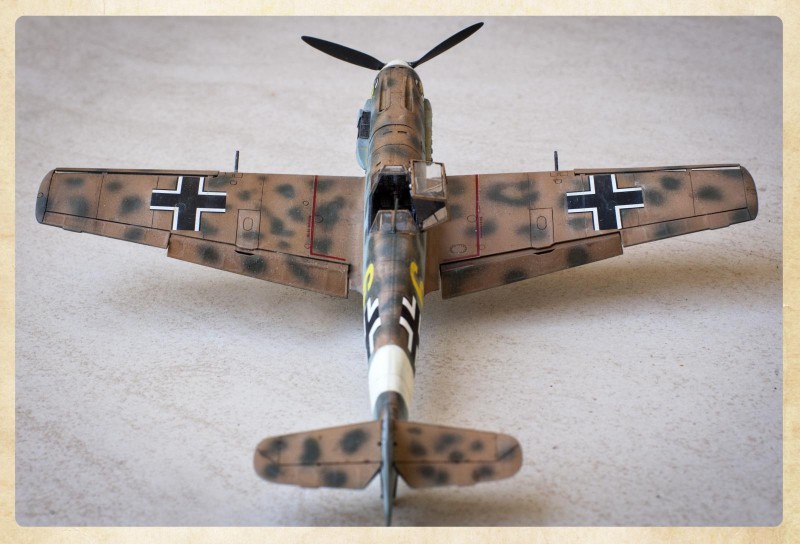 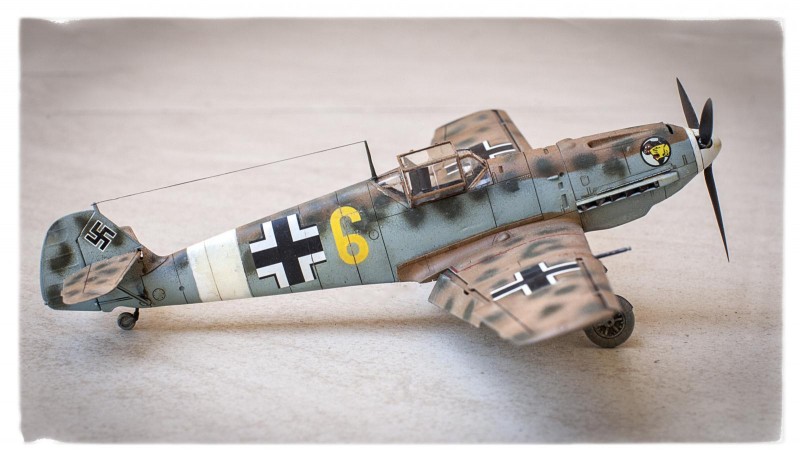 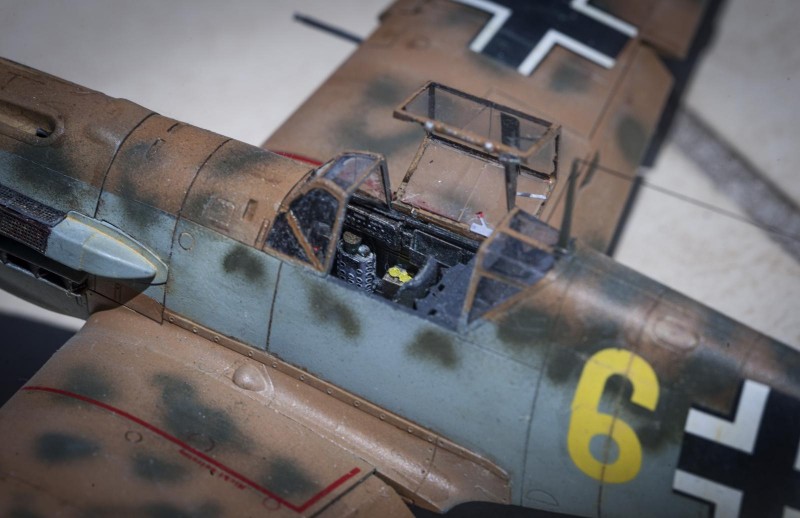 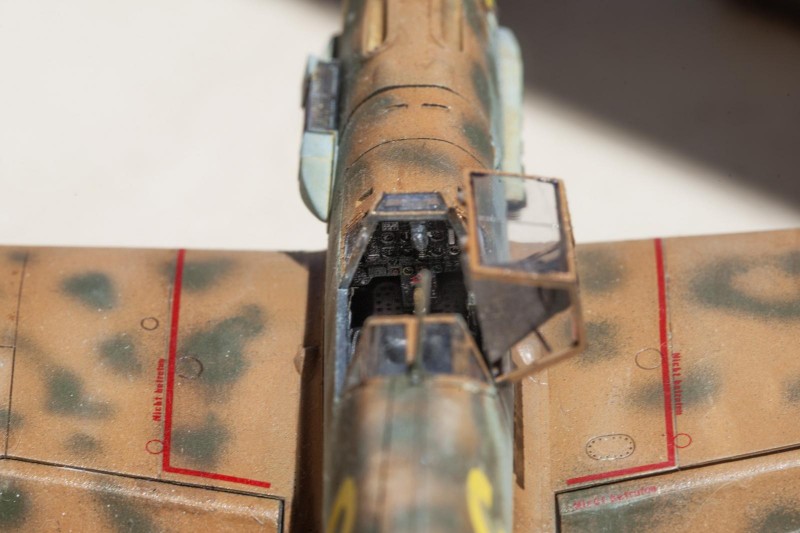 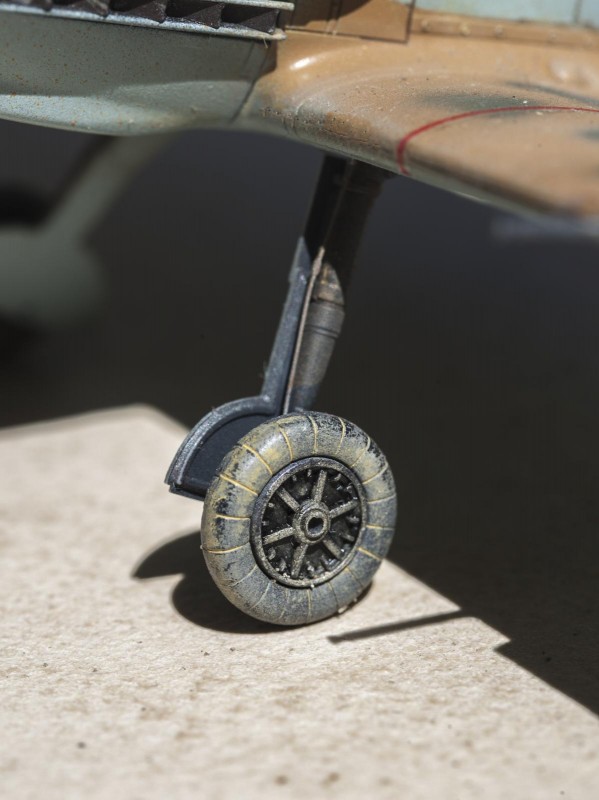 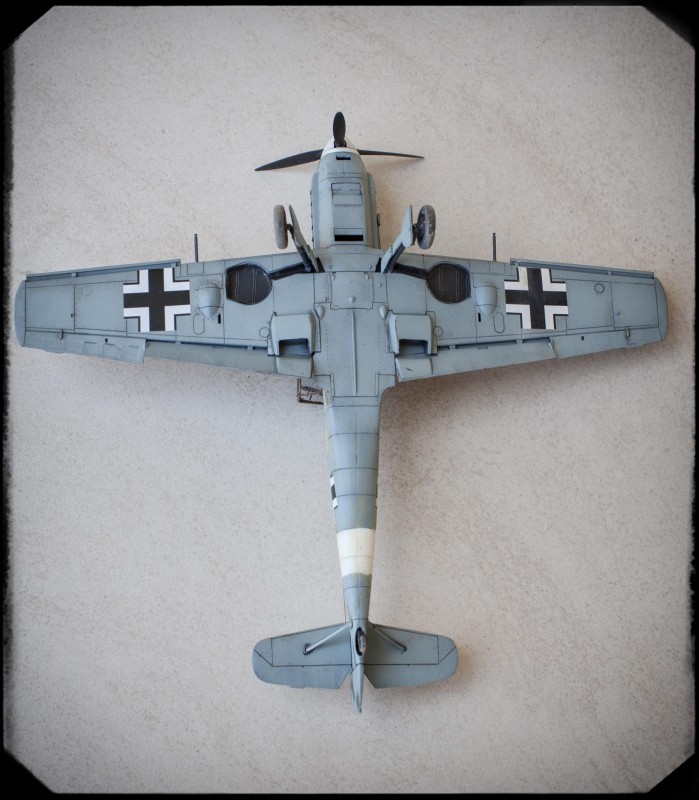 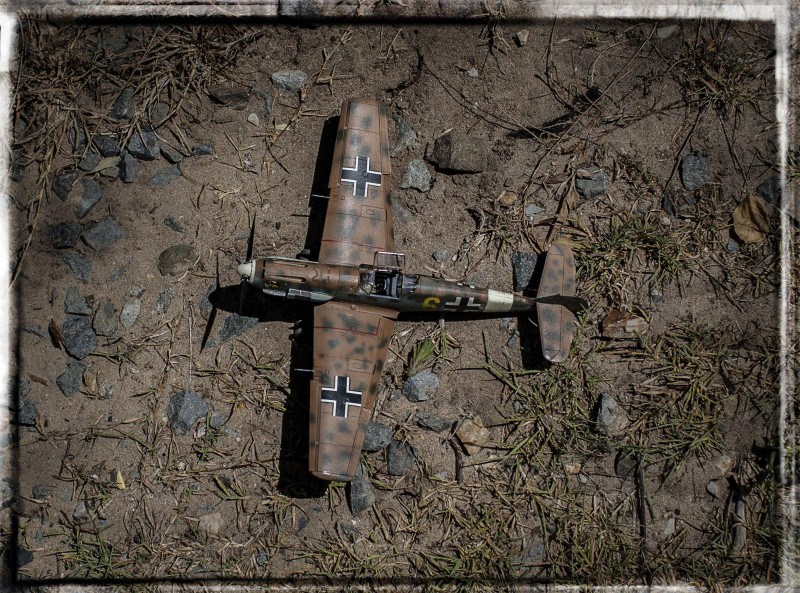 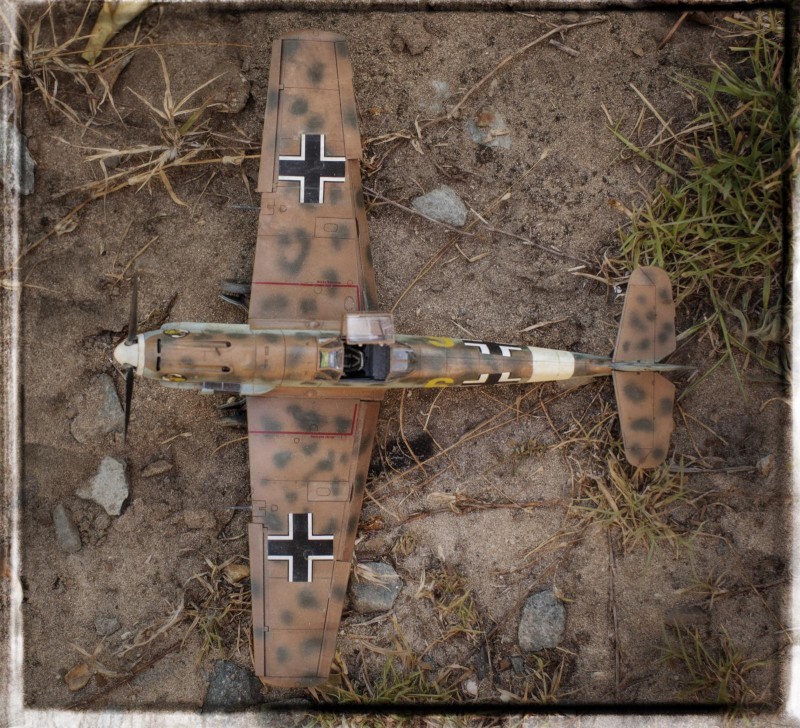 Gōngxǐ fācái to all! And a huge thank you to Louis for presiding over the fun! 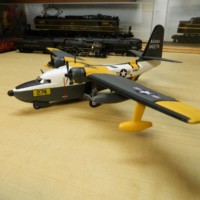 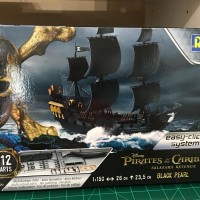 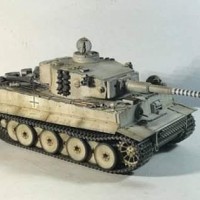 My " First " Tiger I
Justin Rogers 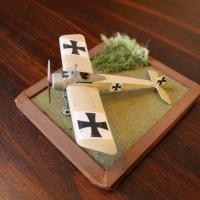