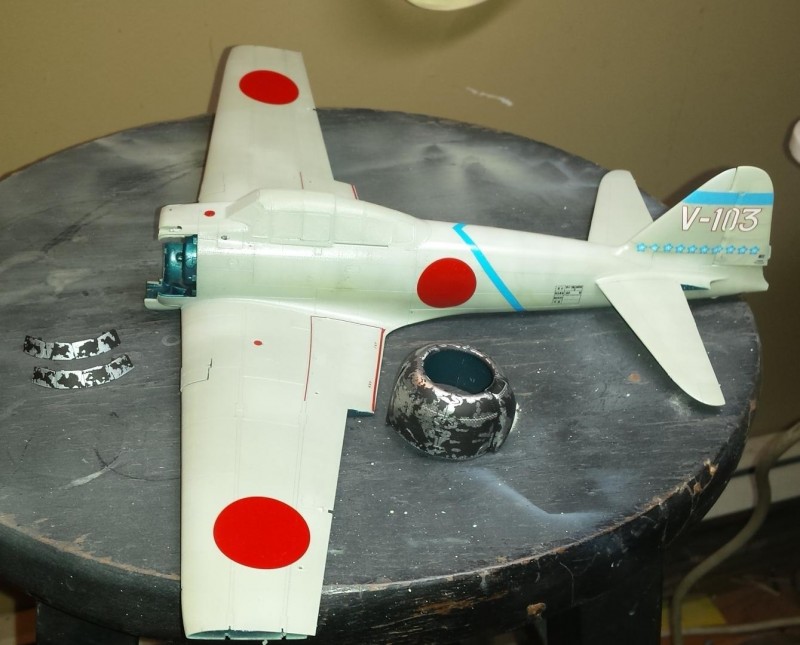 In the 3rd part of the build I applied the decals and then applied Tamiya semi-gloss varnish. The model kit comes with decent decals to make 1 of 6 specific Zeros, all of them part of the Peal Harbor raiders. My customer, who has commissioned this build, wanted to do something different because many of the 1/32 Zeros on-line are usually dressed in one of these six themes depicting the Peal Harbor raiders. So he did some research and decided on an A6M2 Model 21 from 1941 flown by Pilot Yoshisuke Arita (Tainan Kokutai). This is from a land based unit. The decals are produced by BERNA Decals.

Upon completion of the initial paint job, covered in Part-2, I waited several days for the finish to cure, and harden. I often try to achieve more of a semi-gloss appearance but without the use of a heavy varnish coat. The finish was already very smooth and although more on the flat side it was already close to a nice satin finish. If you read part-2 of this build you will see that I used multiple light, very thinned layers of paint airbrushed on to accomplish this smooth finish. The next thing I always do with my finishes is I lightly buff it out with a paper towel. If the base finish was applied well I can usually accomplish a nice semi-sheen, semi-gloss look. Sometime it is smooth enough to apply the decals with out using another glossy varnish coat as a base for decals. It is important to me to avoid multiple layers of varnish because in the past I have had difficulties with the layers filling in delicate surface details making it difficult to highlight these details with a wash later in the process. The best aspect of this model is the outstanding finely molded details which cover the entire outer surface of the plane. I did not want to obscure this fine detail. At the same time I want a very smooth, almost glossy finish to apply the decals to. There is sometimes some risk when it comes to not applying another gloss varnish prior to decals, but I was willing to take this chance to preserve this fine surface detail. Sometimes no matter how much I buff I still need to varnish with a gloss coat because the buffing was not successful in achieving the finish I was after. In this case the buffing worked well.

Having prepared the surface for decals it was time to apply them. It was my 1st time using the “BERNA Decals” brand. They appeared really nice, and colors looked spot on. Also I always use two typical decal solutions to improve adhesion and help the decal settle into the surface detail. I started with the more detailed Vertical stabilizer and rudder markings. On this kit, because the rudder and vertical stab are two separate parts, and are movable, as well as, the markings span across the two parts, each decal for that assembly needed to be carefully measured and split. I hate needing to do this, and one strike against the Berna set is that they dont make these cuts for you. I applied the blue stripe 1st and I felt the decal was on the thick side. I applied tons of Micro-Sol to get it to settle into the curves and it did eventually but never really set into the surface detail panel lines and recessed rivets. Also the separation line between the rudder and fin was not a clean break but rather a complex shape with a protruding hinge line. I could not accomplish this cut perfectly and so needed to move the blue stripe down further then it was intended to be where the separation was straight. Then to my surprise I noticed that the Tamiya decal sheet included the exact same blue stripe in the exact matching color, and it was provided in two separate parts for the fin and rudder. Well that was a no brainier. I went with the Tamiya stripe and it worked flawlessly. I am going to hold off being too critical of the Berna decals b/c maybe the lack of a high gloss coat impaired the adhesion. But I am still critical of it being one solid piece, and not already cut. These problems were present for the remainder of the Tail marking decals, but I had no Tamiya substitution so needed to use the Berna set. I needed to use the Berna Tail numbers and Stars, as well as, the blue fuselage stripe. I struggled with all of them using a lot of Micro-Sol and a blow-dryer to get them to adhere and settle. They are on the thick side but again it could of been a lack of a gloss coat that impaired the adhesion. For the remainder of the aircraft I used 100% Tamiya decals including all the stencil decals. They performed well with no problems.

Besides just working on the decals I also worked on the cowling assembly. I wanted a very well-worn paint chipped cowling and cowl flap assembly with bare aluminium showing through. I tried a new technique for the 1st time to accomplish this. In the past I would of either painted the chips with a brush and sponge, or used one of the newer paint chipping solutions. But this time I wanted to use a masking fluid to mask where I wanted the bare metal to show through. This is the 1st time I have used a masking solution on painted surfaces, other then just clear parts. I 1st painted the cowl with the newer Vallejo Dura-Aluminium Metallic paint. Let dry a day. I have a masking pen with a fine tip so it made the application very easy. I then dotted the pen randomly as well as places that routinely chipped based on reference pictures. Let that dry overnight, then airbrushed AK Matte Black over the aluminium and masking. I used a very tacky masking tape to pull up all the masking fluid to reveal the chips with aluminium showing through. The whole process worked flawlessly and I liked this procedure better then using the chipping solution. It just seemed easier to apply and remove and allowed for more precise control of the chipping. BTW, this Vallejo metallic paint really held up well to all this abuse, especially it’s tolerance of the very tacky paint being used across the surface over and over again. The stuff did not pull of the bare plastic, and I did not use a primer this time. I highly recommend it as a base metallic finish. It looks like real aluminium also.

Following the above procedure I needed to seal in the decals. This would help tone down the shine of the decals and blend in the whole finish. It also helps protect and seal the decals and paint finish from the abusive weathering process to follow. I did some touch ups prior to the application of the varnish. I used Tamiya Semi-Gloss Varnish to accomplish this blending and sealing. It is now ready for some heavy weathering. My customer who commissioned this build has sent me reference pictures of how he wants it weathered. Based on these pictures it will be a very worn, and weathered bird and really test my weathering skills.

I still need to assemble the landing gear, which in this model, is a very complex build. I also have not even started the engine assembly, which is a kit in itself, but should be a straight-forward experience. As always I hope this is a helpful, and interesting article. All comments are welcomed. Part-4 to follow. 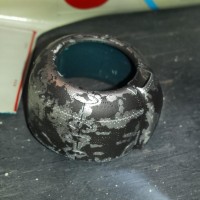 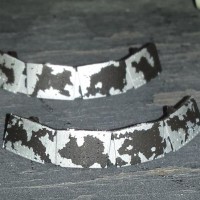 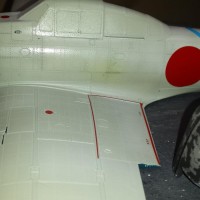 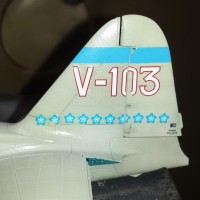 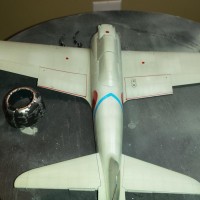 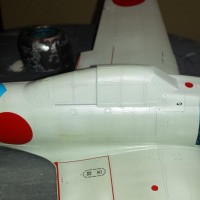 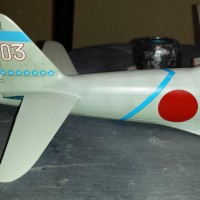 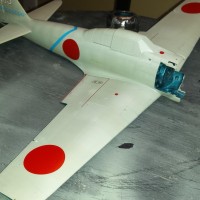 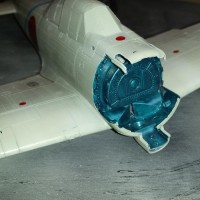 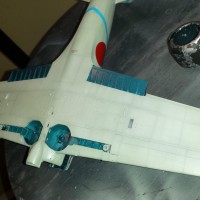 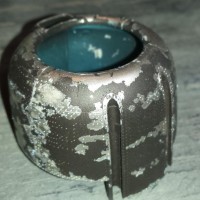 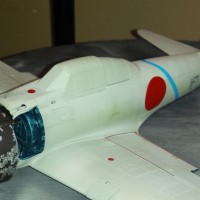 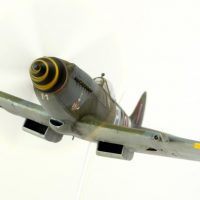 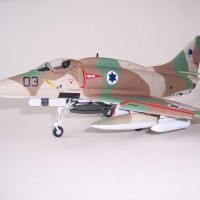 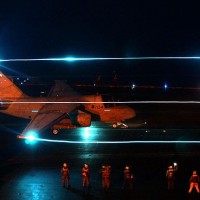 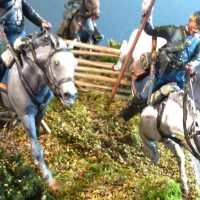