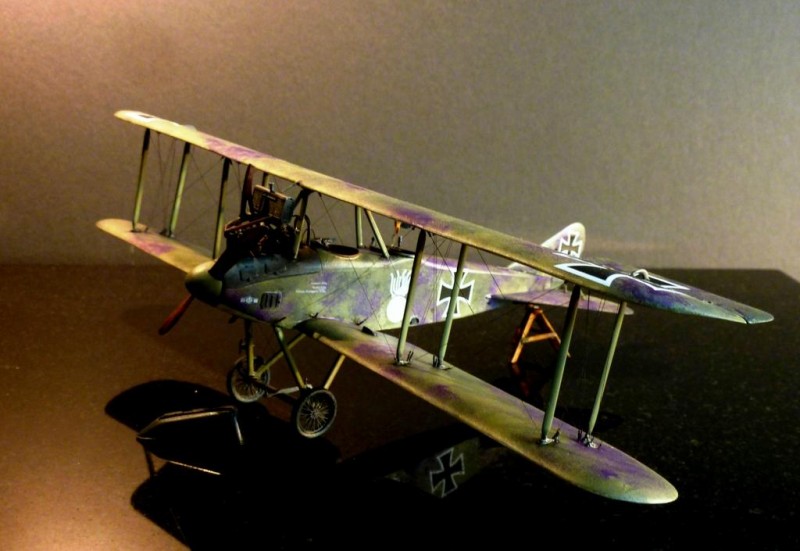 The DFW C.V two-seater reconnaissance aircraft has been referred to by historians as one of the truly great aircraft of the First World War.

Developed in the early months of 1916 from earlier types, the first C.V production examples reached the Front in October that year, and immediately found favour with flight personnel, particularly when fitted with the Benz Bz.IV engine, which gave the aircraft significantly improved performance characteristics.

The C.V’s main designer was Heinrich Oelerich, and it was produced in larger numbers than any other German aircraft during World War I. About 2000 were manufactured by DFW and about 1,250 under licence by Aviatik (as the DFW C.V (Av) or Aviatik C.VI), Halberstadt, LVG, and Schütte-Lanz.

In the hands of a skilled pilot it could outmanoeuvre most Allied fighters of the period. It was seen as equal to the Bristol Fighter in respect of manoeuvrability and could out-climb the Salmson 2.A2. It remained in active service until early 1918 and 600 were still in use by the time of Armistice in November 1918. Most were thereafter scrapped according to the Treaty of Versailles in 1919.

Colours and markings were various, including those noted on one downed aircraft in 1918 as being stippled in irregular patches of bright greenish-grey, bright purple and dark grey, apparently applied with a brush or spatter-cap spray.

Like much resin casting, the details are finer than plastic, but lack some of the niceties we’ve grown used to as modellers in recent years, e.g., delicate sub-assemblies, positive location points and CAD instructions. However, if you want you get back to ‘skills modelling’ and away from the ‘shake-and-bake’ school (damned and lauded in equal measure), projects like this offer a refreshing, if challenging, alternative.

Apart from the rigging line and turnbuckles, and a couple of small pieces of wire, everything here is from the kit, although I did manage to lose the wireless dynamo that appears on the undercarriage strut, and so shaped a tiny piece of plastic rod as a replacement.

The beautiful Techmod decals are for three machines: German and, post-War, a Polish and Ukrainian machine, respectively.

These quarter-scale Karaya kits are not of the all-singing, all-dancing Wingnut Wings variety, more the smaller, back alley punks spoiling for a fight. And in the face of models collected simply as a resale hedge, or aftermarket items as costly as the original model, maybe a cold splash of water in the face from time to time is no bad thing. 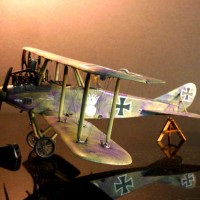 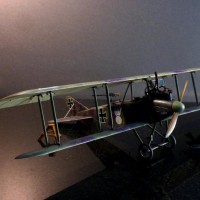 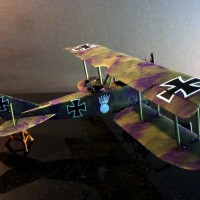 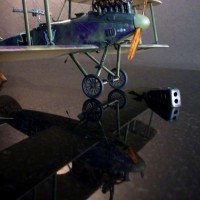 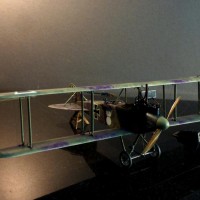 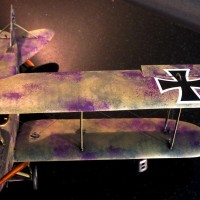 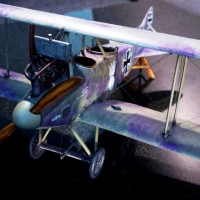 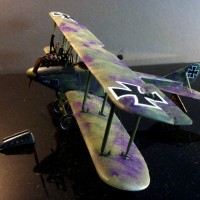 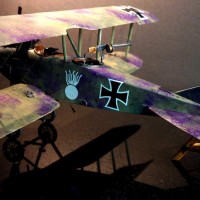 19 responses to War Above the Trenches: DFW C.V (Early) 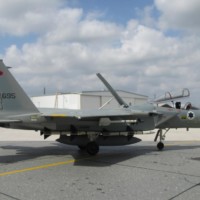 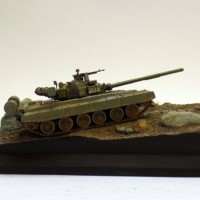 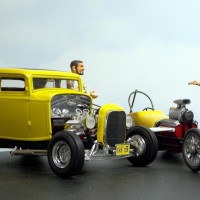