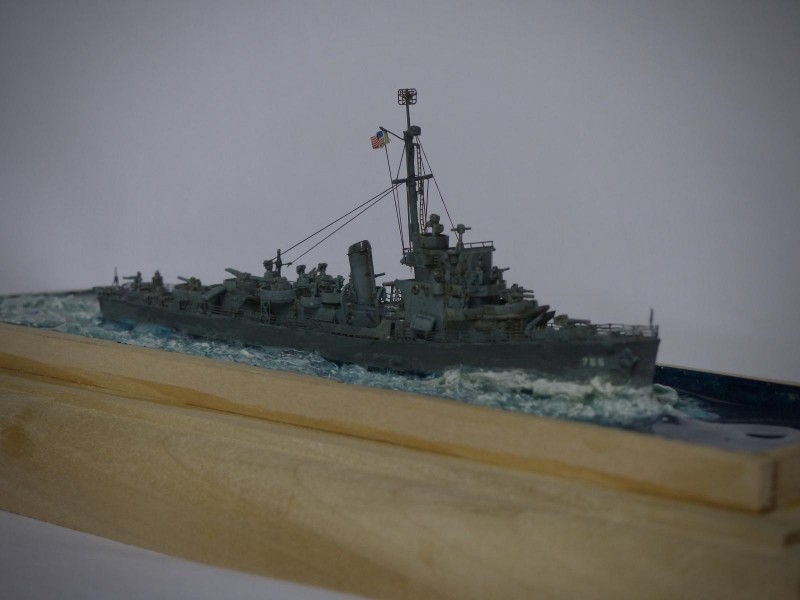 The USS SLATER, is a Cannon class Destroyer Escort (DE), named for Frank O. Slater of Alabama, a sailor killed aboard the USS San Francisco during the Battle of Guadalcanal in 1942. In 2012 I visited the restored Slater docked in Albany, Ny. If you are ever in the Albany area, take the time to visit this ship. You may come away, as I did, with an awe inspired respect for the sailors who served aboard these tiny but aggressive combat vessels. Check it out at http://www.ussslater.org/

So, in keeping with modeling the ships I visit or vice-versa, I recently completed the Pit-Road/Skywave, 1/700, Destroyer Escort kit. This kit has enough parts to build three ships of either the Cannon or Buckley Class DE’s. And enough decals to build a specific vessel. Of course I chose to build mine representing the Slater. She was built pretty much “out of box”. But to add more detail I used the Tom’s Modelworks, WW2 Us Navy DE, photo etch set #713. It was a quick but pleasurable build with no major problems. One word of advice, keep the optivisor close at hand. As far as warships go, DE’s are small ships and at 1/700 scale, TINY. The water base is tinted clear epoxy resin while the waves and wakes were built up with 5min epoxy, painted with shades of blues, greens and white. Hope you enjoy. Keep on modeling and keep it fun! 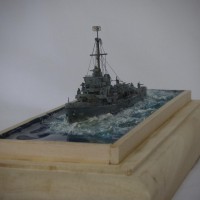 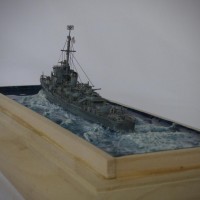 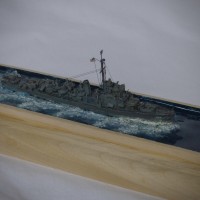 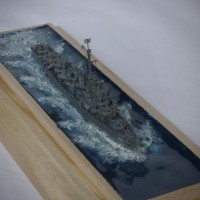 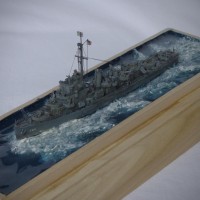 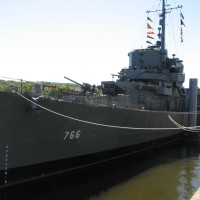 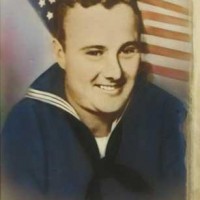 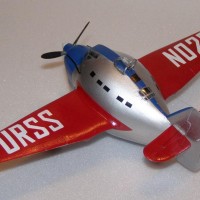 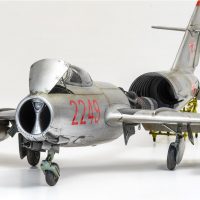 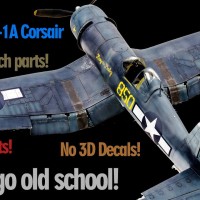 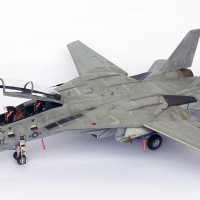