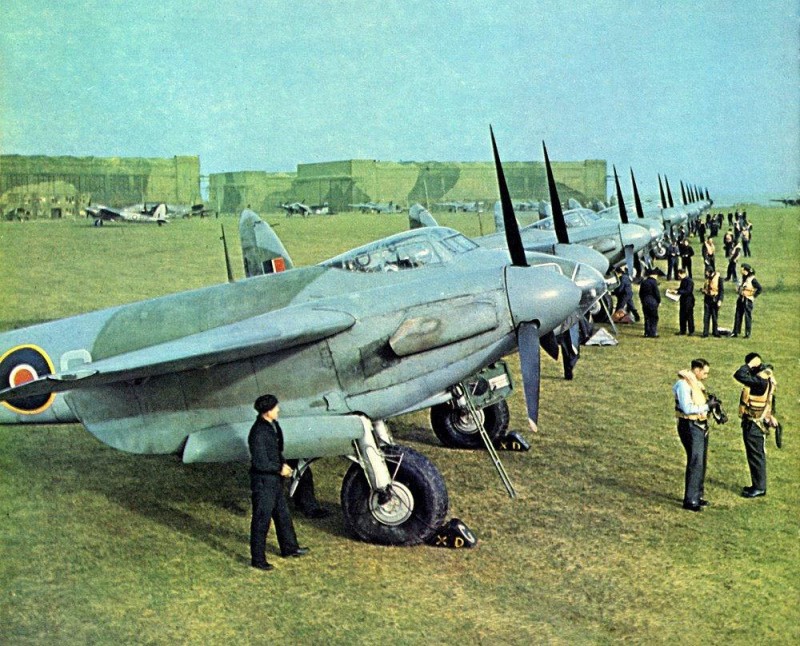 10th February 1943. No. 139 Squadron, RAF, was formed in July of 1918 in Italy and was originally outfitted with Bristol F2b fighter aircraft. It was disbanded on 7 March 1919, regrouping in September of ‘36 flying Hawker Hinds and then Bristol Blenheims. 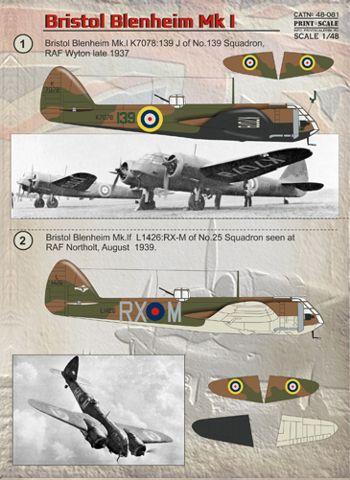 ‘139’ were overrun by the German advances when based in France in the Spring of 1940, losing almost all of its aircraft in the retreat. Around this time, a newspaper based in Jamaica started a fund to buy ‘bombers for Britain’ and in gratitude it was decided to link Jamaica with a squadron of the Royal Air Force, which is how the squadron acquired the ‘Jamaica’ tag given to the group. In December 1941, the squadron converted from Blenheims to the Lockheed Hudson aircraft, which it flew in Burma until April 1942. 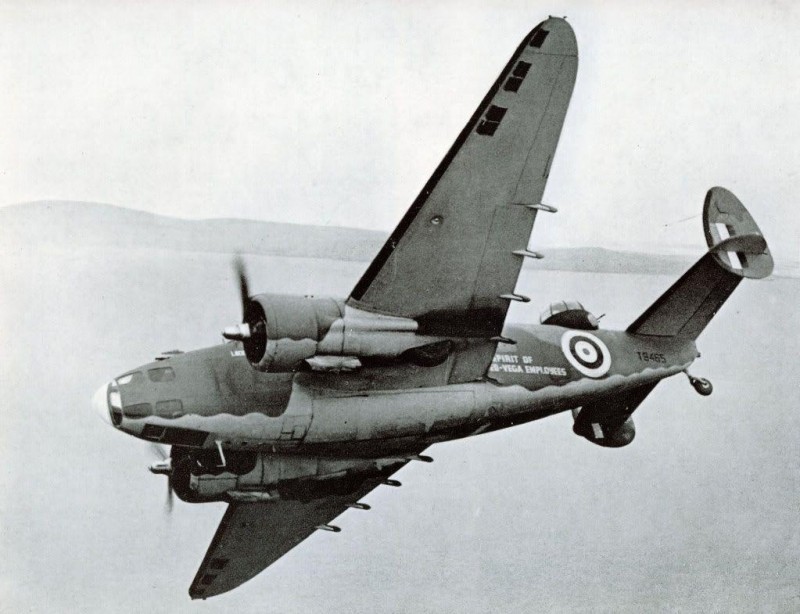 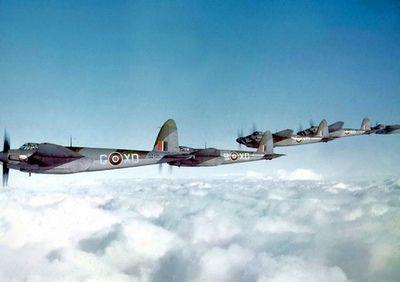 The squadron returned to England and re-equipped with the de Havilland Mosquito (bit of a culture shock after the Blenheims, I’d think) at Horsham St. Faith. On 3 March, just after the photo above was taken, 139 carried out a daring air raid on the molybdenum processing plant at Knaben in Norway, which was the basis of the book and movie 633 Squadron. 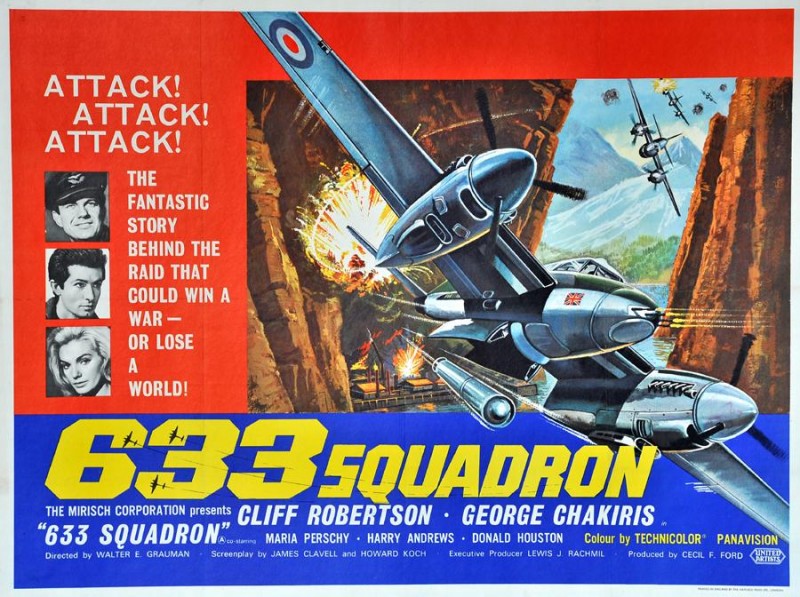 As a result of the Knaben raid, a number of flight crew received decorations but on 20 March, the squadron lost a number of aircraft a week before the official announcement of the medals. 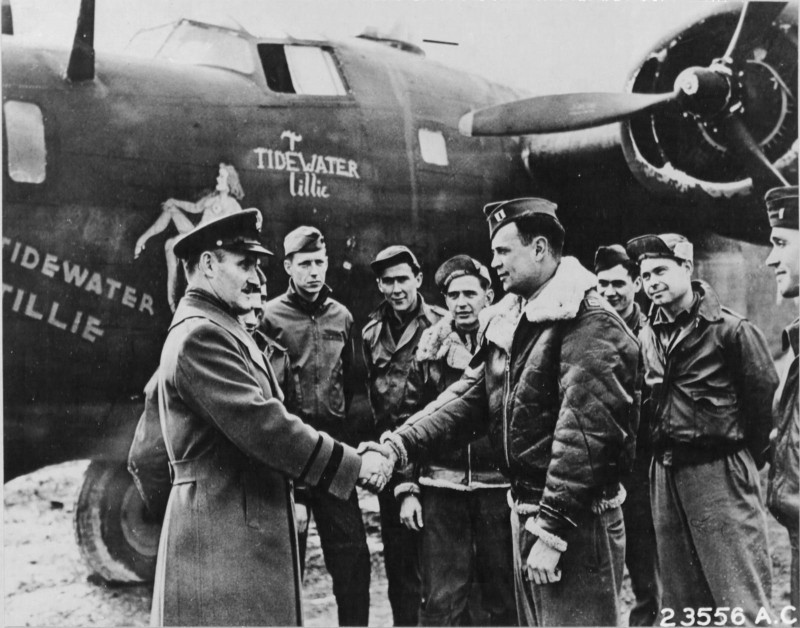 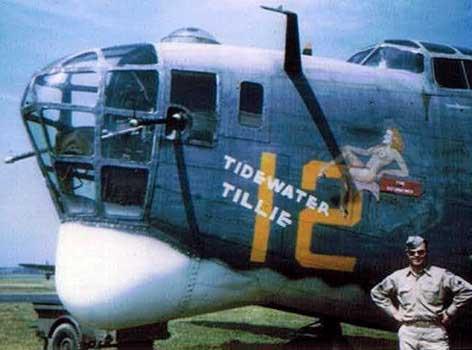 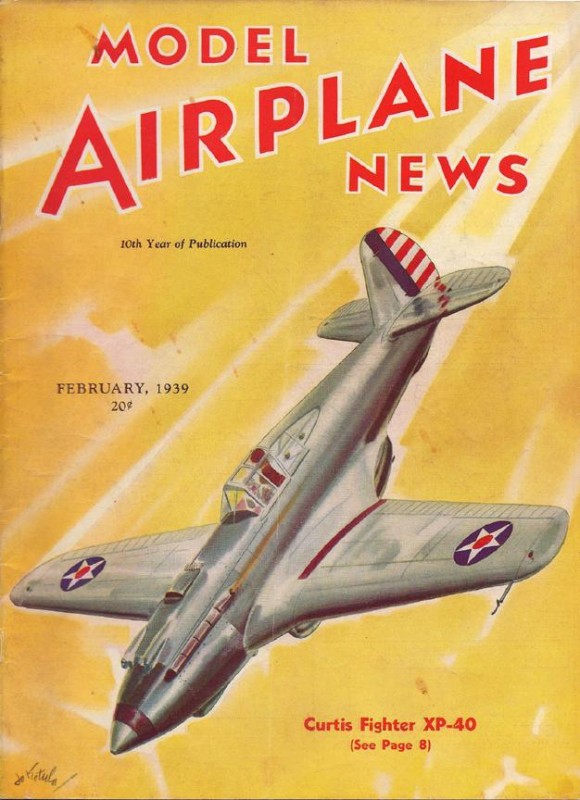 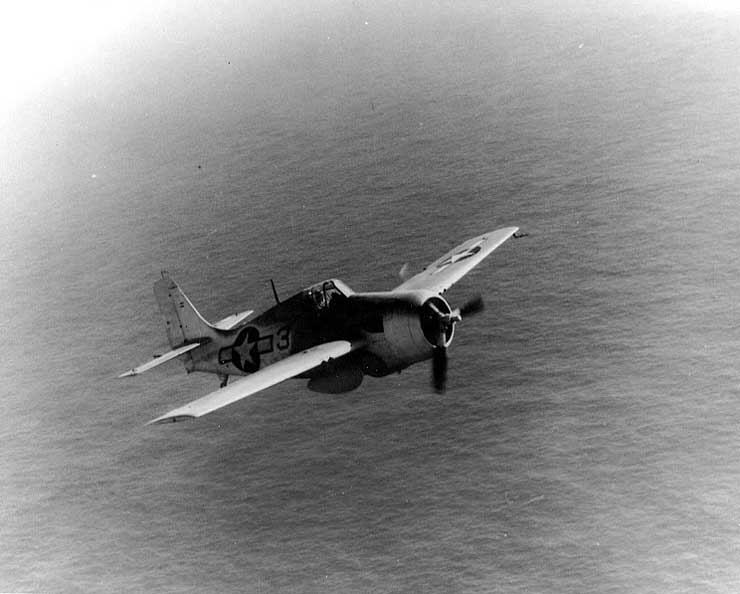 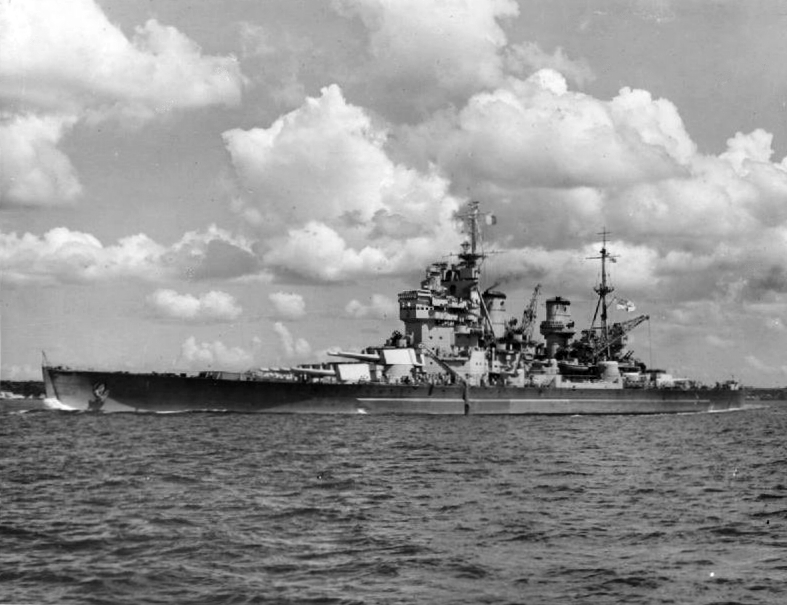 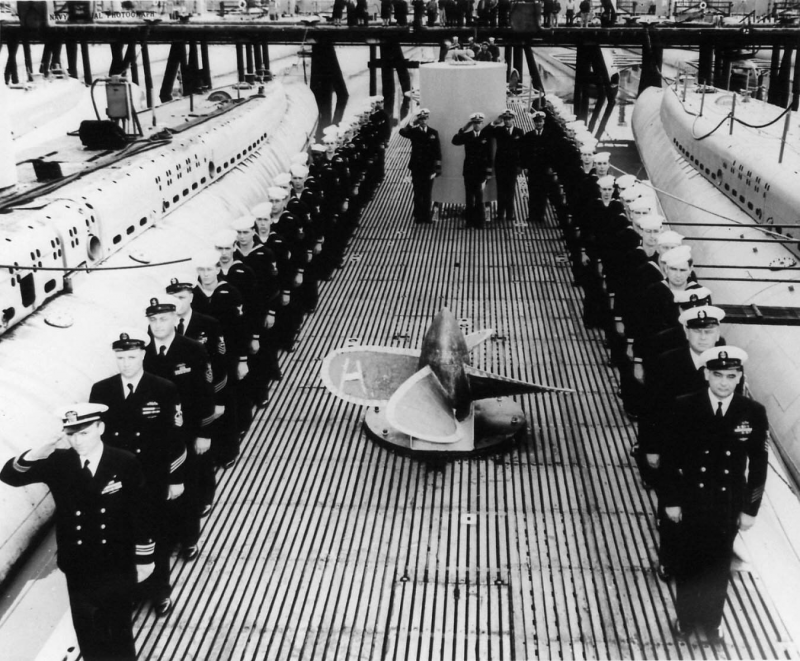 USS Capitaine was commissioned into service in January 1945 when she immediately embarked on her first war patrol, sinking one small craft, the Bandai Maru, in the Java Sea. Although she did take on a second war patrol, WW2 finally ended before the Capitaine could score a second sinking. She returned to the US in September of 1945 and conducted training in Philippine waters, followed by simulated war patrols in 1947 and 1948. Her next major action was in 1964, taking part in the filming of the movie ‘In Harm's Way’. 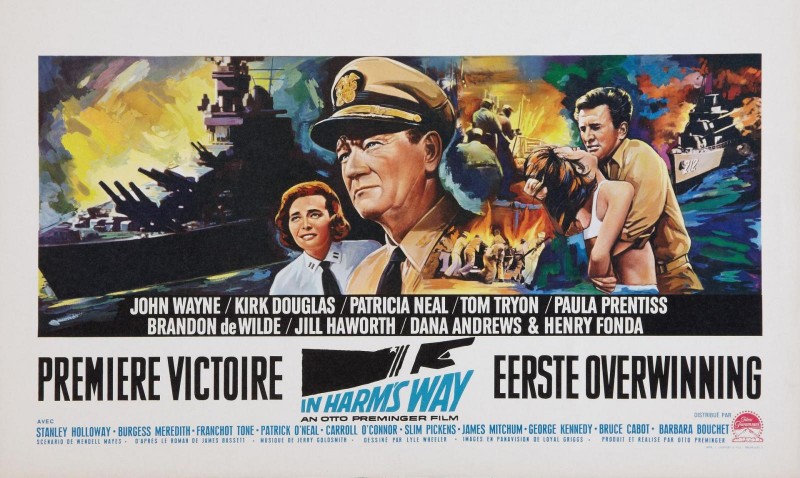 On 4 Mar 1966, she was decommissioned from US Navy service, and on the following day she was transferred on loan to Italy and re-commissioned as ‘Alfredo Cappellini’ (SS-507) Italian Navy until 1977, when she was scrapped. 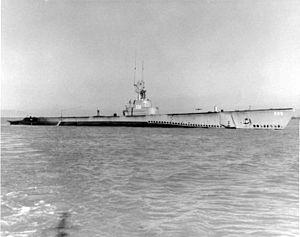 On 10 February 1943, Yekaterina (Katya) Budanova shot down a Focke-Wulf Fw 190 along with Senior Lieutenant Nikolay Demkin and the wingman, Lieutenant Boris Gorkhiver. 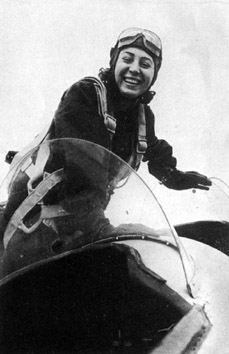 “She spotted three Messerschmitt going on the attack against a group of bombers. Katia attacked and diverted the enemy. A desperate fight developed in the air. Katia managed to pick up an enemy aircraft in her sight and riddle him with bullets. This was the fifth aircraft she killed personally. Katia's fighter rapidly soared upward and swooped down on a second enemy aircraft. She "stitched" it with bullets, and the second Messer, streaming black smoke, escaped to the west. But Katia's red starred fighter had been hit; tongues of flame were already licking at the wings."

Katya managed to put out the fire and force land in no-man's land. However, by the time local farmers came to pull her from the aircraft, she was already dead from burns. They buried her on the outskirts of the village of Novokrasnovk. 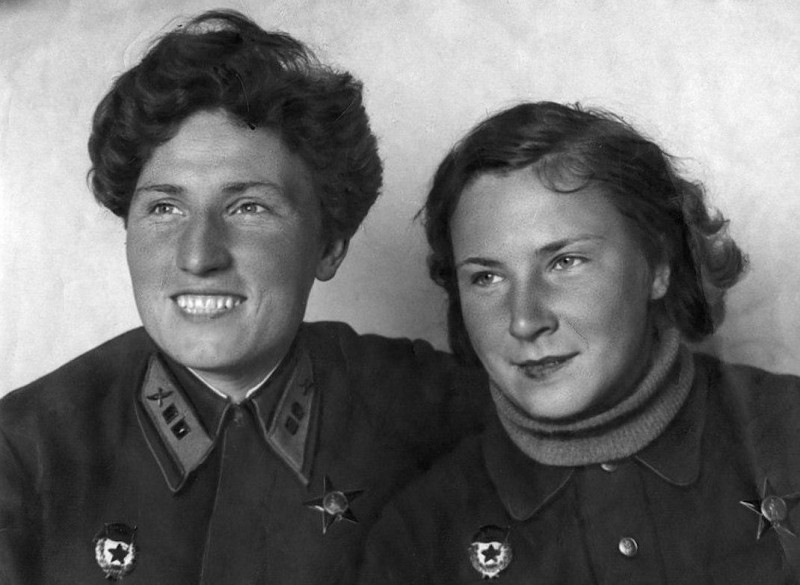 (Katya with the only other female ‘ace’, Lydia Litvyak) 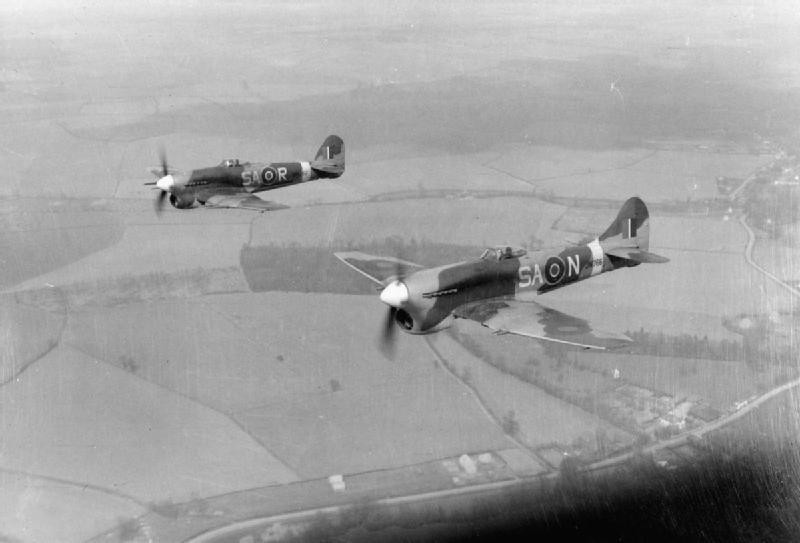 Hawker Tempests fly in formation during a ‘Rodeo Run’ on February 10th, 1944. With the invasion of Europe on D-Day imminent the RAF were making every effort to reduce the strength of the Luftwaffe. With the USAAF they instigated the so called ‘Rodeo Runs’ for seek and destroy missions, general disruption, and degradation of the German air forces. In the opening months of 1944 their combined efforts were very successful, using long range fighters in operations to accompany their bomber fleets as usual but allowing fighters to actively seek out the German aircraft.

The 10th February 1944 saw a particularly successful sweep by a combined force of 8 Typhoons from No. 193 and 266 Squadrons. Following report from Wing Commander Baker...

“After losing touch with my No.2 in cloud I found my aircraft icing up and broke cloud at 700 ft, going down.”

“After having sorted out the cockpit I suddenly saw a Do217 flying East at 600 feet/200 yards ahead. I closed to about 70 yards dead astern and below, and tried one short burst. The e/a burst into flames and I saw it hit the ground.”

“I then discovered that I was steering east, so I changed my course to WNW flying at low level through snow flurries. I emerged from one of these and saw one FW190 flying NNW at 600 feet 500 yards ahead. I closed to 50 yards astern and slightly underneath e/a, and carried out the same attack as on the Do217. E/a’s engine caught fire, aircraft rolled over and I saw it hit the deck in flames.”

“Still steering WNW in bad snowstorm I suddenly found myself over Paris at roof-top level, and immediately changed course to NNW. I saw the Arc de Triomphe from close range, also a game of football going on in a large stadium. There was no flak at all from Paris.
I recrossed coast at 0 ft 8 miles SW of Le Treport, and eventually landed at Newchurch very short of petrol, although Shellpink had given me several vectors around 190 degrees as homing course for English coast.” 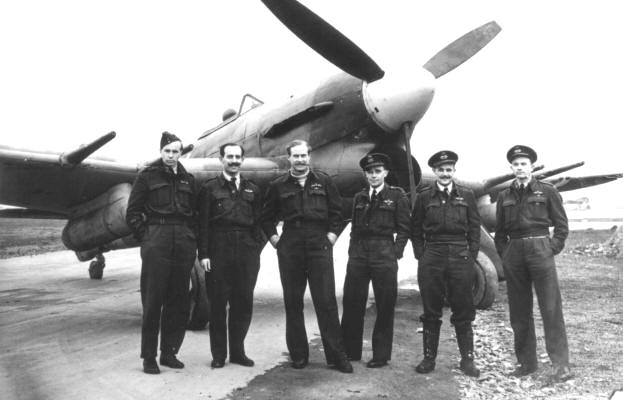 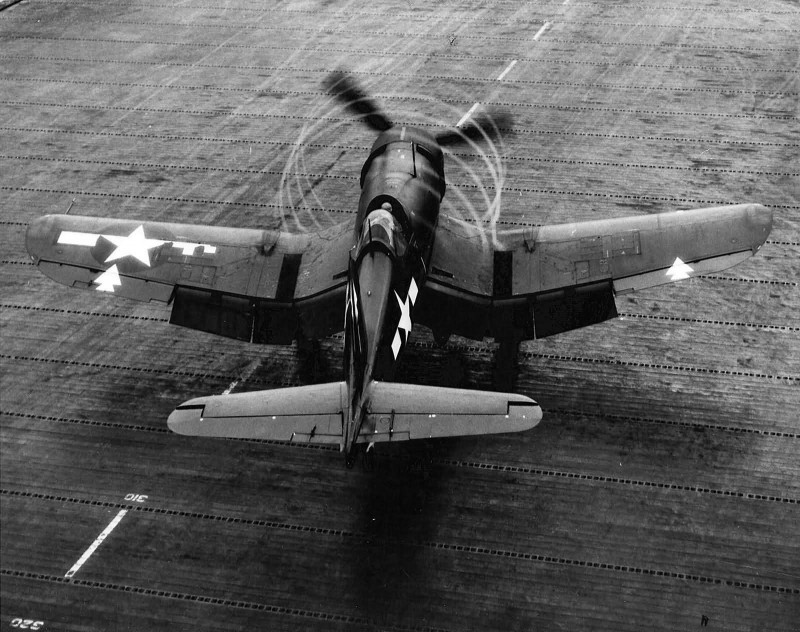 Vought F4U-1D Corsair (VMF-123) on the deck of USS Bennington (CV 20) on 10th February 1945. As part of Task Force 58, bound for Tokyo and the first carrier offensive against the Japanese homeland since Operation Doolittle, the ‘Flying Eightballs’ played an important role in securing the landings on Iwo Jima. 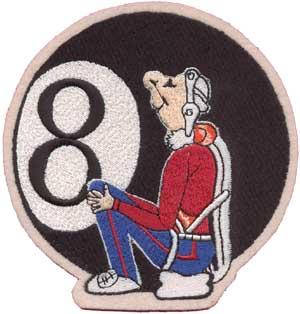 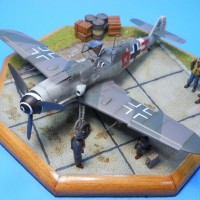 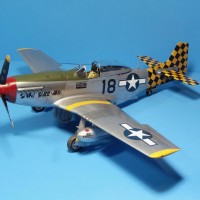 Only one this year! 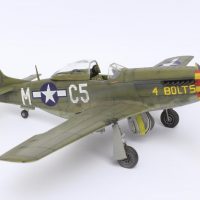 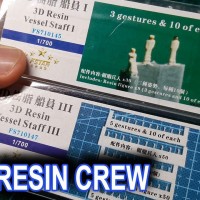