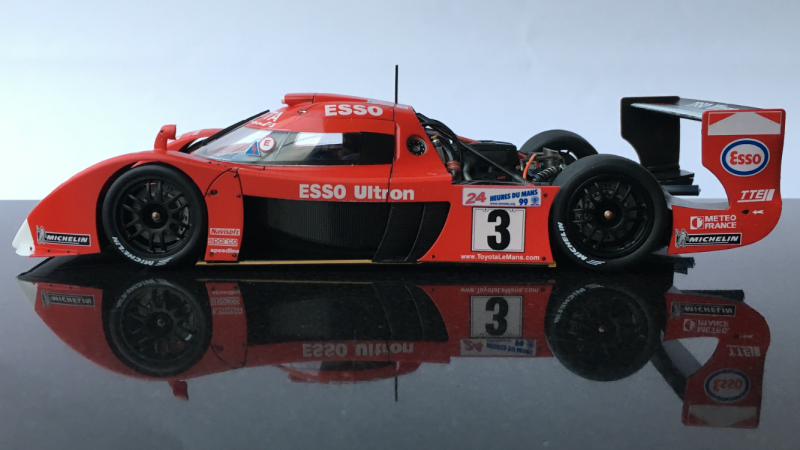 Hello imodellers! Thanks for dropping by!

Here is my latest disasterpiece, the Toyota GT-One. It is an older Tamiya kit in 1/24 scale. If you are an automotive fan and haven't yet built one of the older Le Mans kits I would highly recommend it. The intricacy of these kits would lead you to believe they were new tool.

The TS-020 housed a 3.6 litre twin turbo V8 engine and was mounted onto a carbon fibre and honeycomb aluminium chassis. Introduced in time for Le Mans in 1998, the GT-One first appeared at the official testing days for the race held in May. Three GT-Ones appeared, setting the 2nd, 5th, and 10th best times, easily beating out custom built prototypes which were meant to be the superior class. For the race week itself, all three cars performed admirably in qualifying by continuing their quick pace, qualifying 2nd, 7th, and 8th, being beaten only by their GT class competitor, Mercedes-Benz.

For the race itself, the #28 GT-One suffered from a high speed accident halfway through the race, taking it out of competition. The two other entrants continued to fight on, both remaining in the top 10. However, within the closing hours, the higher ranked #29 GT-One suffered a gearbox failure while in competition for the race win. Thus Toyota was left to take 9th place in the race with the lone #27 entry, which ended the race 25 laps behind the winning Porsche 911 GT1.

Following the success of the GT1 class as a whole over Le Mans prototypes, the ACO and FIA moved to change the regulations for the GT classes, requiring a large amount of production vehicles for the GT classes, thus eliminating the original loopholes in the system. Thus Toyota was forced to make changes to the GT-One, as were all its competitors in the class. Mercedes-Benz opted to evolve their CLK-GTR into the new custom built CLR in the closed cockpit LM-GTP prototype class, while Nissan and Panoz opted for open cockpit LMPs. Porsche dropped out of competition altogether. Newcomer Audi decided to build cars for both the GTP and LMP classes, while BMW continued in the LMP class as before. Toyota decided to follow the route of Mercedes and evolve the GT-One into a GTP class prototype. Although the CLK-GTR required extensive modifications to become the CLR, the GT-One was already close enough to a prototype that extensive redesign was not needed.

Toyota began an extensive testing program, including a long distance test at Circuit de Spa-Francorchamps in Belgium soon after a snowfall. In the official testing session at Le Mans, the GT-Ones were again fast, taking the 1st, 3rd, and 5th fastest lap times. This pace continued in qualifying for the race, as the three GT-Ones took 1st, 2nd, and 8th positions.

Throughout the race the GT-Ones battled for the lead with BMW and Mercedes, having it switch multiple times amongst the top competitors. Unfortunately the GT-One was hampered by higher fuel consumption (1 or 2 laps less per stint than BMW) and by failures of its Michelin tires throughout the race, mostly caused by sharp gravel which had been accidentally brought onto the racing surface by other cars. The design of the GT-One's wheel wells allowed for a blown tire to cause extensive damage to the mechanical linkages inside. Thus after only 90 laps the first GT-One was lost when it suffered an explosive tire puncture and was damaged beyond repair, unable to return to the pits and abandoned on the track. Halfway into the event, another GT-One was lost in a tire puncture that led to a high speed accident, destroying the car. This left the team with only car #3, which was still running at the top of the field. At this point a large amount of the competition had been eliminated, with all Mercedes out of the race due to their famous accident and withdrawal. Audi had also lost two of their four cars, and Nissan had lost their factory backed R391, although an older Courage C52 campaigned by the team was still active. BMW and Panoz were the only teams continuing without major problems.

During the final hour of the race, the lone GT-One was chasing the remaining BMW for the lead, but while lapping traffic, it suffered a tire failure, and was forced to slowly make its way around the track to return to the pits for a new set. In the process the GT-One lost the chance to challenge for the lead, and thus lost the race. The lone GT-One would come home 2nd overall, one lap behind the winning BMW. As a consolation prize, the GT-One would win the GTP class, although it was the only car in the class to actually finish.

I used mainly Tamiya acrylics for the build, and decanted a spray can of Rosso Corsa for the body work. I used a Studio 27 carbon fibre decal kit for the rear engine bay. Apart from that I built it OOB with the exception of a few hoses in the back which I concocted from spare 1/12 bike cables. A fantastic kit overall, I would recommend! 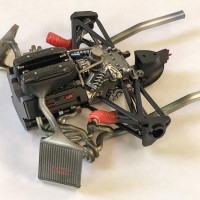 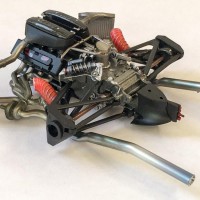 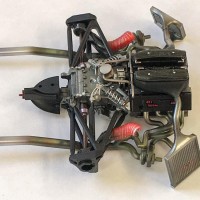 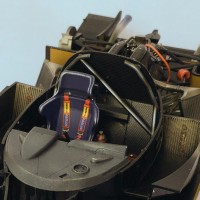 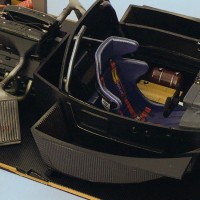 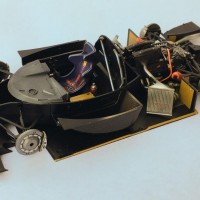 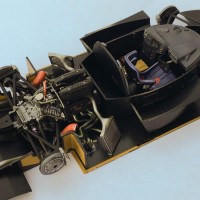 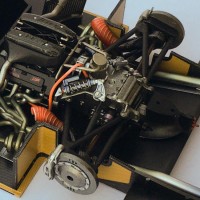 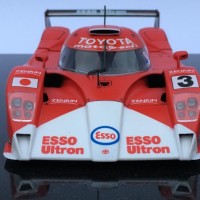 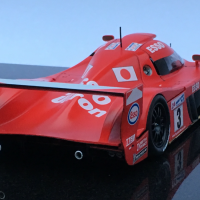 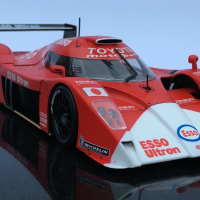 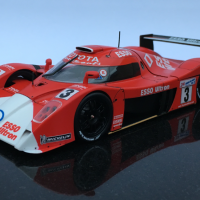 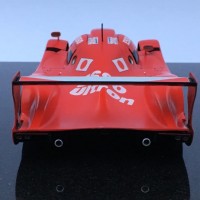 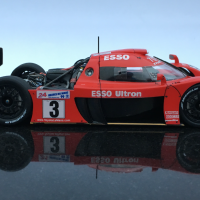 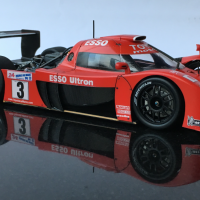 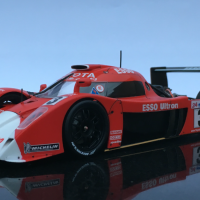 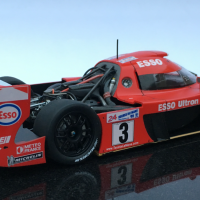 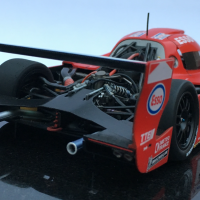 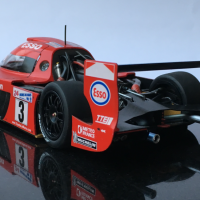 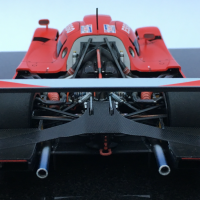 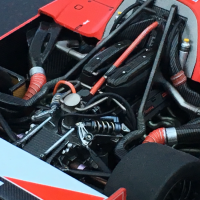 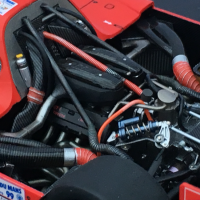 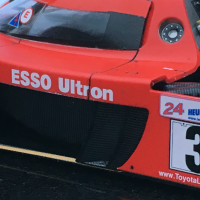 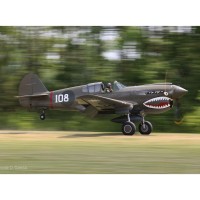 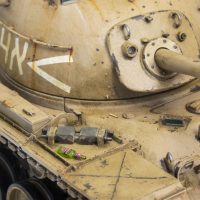 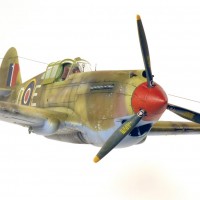 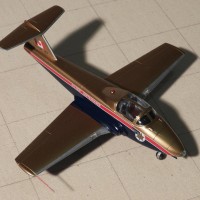