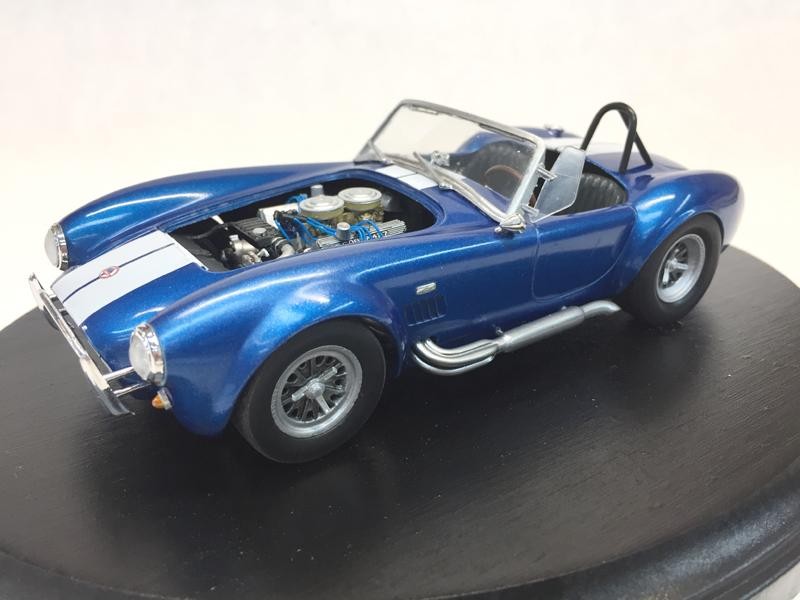 I don’t do cars. Since I resumed modeling in the early 90’s, I’ve built nothing but planes. Sure, I’ve slapped together a couple of Tom Daniels/George Barris silly cars along the way, but for the most part, strictly the airborne stuff.

Two years ago a good friend asked me if I would build him a Cobra 427. He pulled down a dusty box out of his closet and handed me a 2012 re-pop of Revell’s venerable 1:24 scale Shelby Cobra 427 S/C “Street Burner” race car edition.

Mind you, I hadn’t built a serious car model since I was 14 years old. Of course I said “The pleasure is all mine!” and promised it would ready for his upcoming birthday. I figured all I had to do was follow the instructions and stick a propeller on the front when finished. Was I ever mistaken!

This kit’s moldy genes date back to the late ‘60s with minor upgrades along the way, mostly in the improved decal and vinyl tire department. The major plastic parts have no locating pins or defined attachment points so there’s considerable guesswork involved because the dated instructions feature Revell’s familiar but vague “point and glue” illustrations from the ‘70s-‘80s. The obsolete engineering of this kit makes it a frustrating struggle to get everything lined up and fit properly. The front end articulated steering rack and suspension are poorly engineered, clumsy and breakable. There is flash galore, and lots of visible seams that need sanding. Many of the chassis parts are way too fragile and tend to snap in half, some more than once.

That’s where a spare kit comes in handy. It’s much cheaper and easier than trying to repair broken parts and correct one’s mistakes. Besides, my pal wanted a “street legal” Cobra with roll bar and this was the wrong kit anyway. Turns out the Revell “Street Burner” does not have the proper parts to build a “stock” version. So I grabbed Monogram’s current rebox of same kit, Cobra “Dream Rides” version, dirt cheap with scoop-less bonnet and excellent opaque white decals, printed by Cartograf. However, I still had to jerry rig decals from both kits to make them fit properly.

I poured everything I could think of into this Cobra to make it as close to the real deal as possible, learning as I went. Flocked carpeting, seatbelts, floor mats, engine wiring, resin mags, decanted rattle can metallic paint job – the whole nine yards. But this car build turned out to be a royal pain in the rear and fought me all the way. I can’t tell you how many times I wanted to throw it against the wall and gleefully mutter obscenities at the wreckage. Months would go by with no progress because I had lost interest. So I knocked out a couple more planes.

Periodically the car’s rightful and future owner would call and ask “Where’s my Cobra?” as a couple of birthdays came and went. I would make some excuse and then fiddle around with it some more. A few weeks ago, I got another call and he sounded clearly irritated. That got me off my duff and I powered through to the finish line, 26 months after I started this beast.

My friend finally got his belated birthday Cobra and was thrilled. I’m thrilled that it’s out of my hair and I hope never to see this kit again.

What did I learn about building a car model? It’s all about the paint job. That’s an art and a skill all to itself. If you don’t get the paint right, you might as well not bother proceeding any further. Unlike things with wings, you can’t hide it with camouflage.

Photos were hastily shot with a cell phone so they’re not the best. I left the bonnet off on purpose. 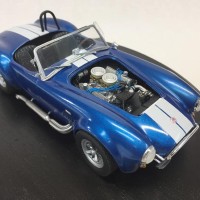 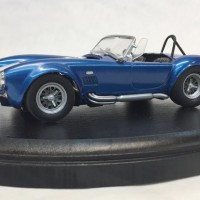 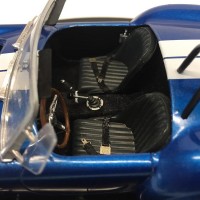 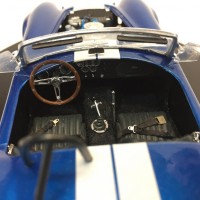 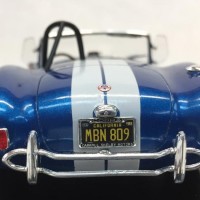 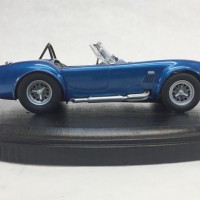 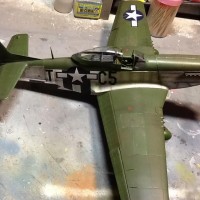 A few of my builds over the years 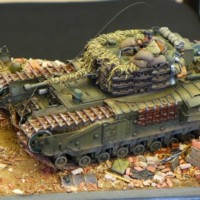 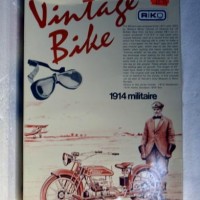 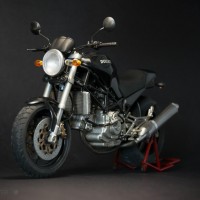