F9F-2s, F9F-3s and F9F-5s, as rugged attack aircraft, were able to sustain operations, even in the face of intense anti-aircraft fire.
Future astronaut Neil Armstrong flew the F9F extensively during the war, even ejecting from one of the aircraft when it was brought down by a wire strung across a valley, in 1951.

Panthers were withdrawn from front-line service in 1956, but remained in training roles and with U.S. Naval Air Reserve and U.S. Marine Air Reserve units until 1958. The Navy’s Blue Angels flight demonstration team used the Panther for four years, beginning in 1951. 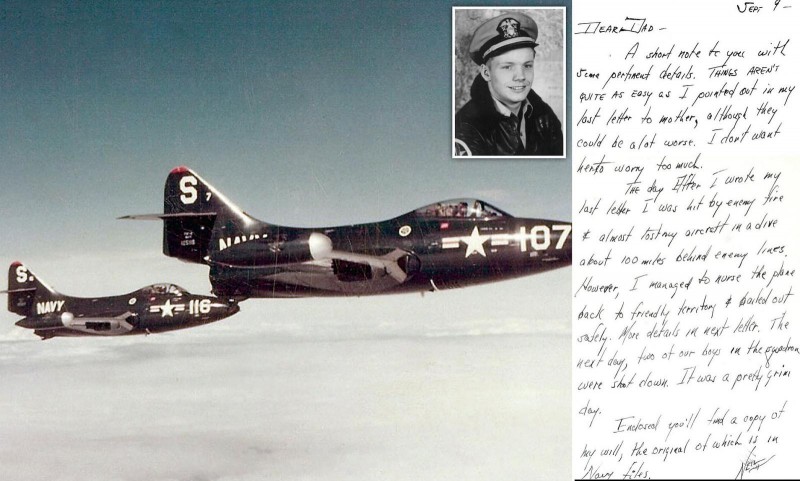 I’ve always liked this plane, finding it quite different yet beautiful. One day, looking for a quick-build, found a Hobby-Boss one, which I bought. The kit in the box was a reconnaissance version but, as I found Neil Armstrong had flown a combat one, I went to the required modifications.

The kit it self has no major problems although the instructions are not that good, failing to warn the kit as a tail siter, leading to mount some rockets and/or bombs on the reconnaissance version and more. The nose with the 4 guns had to be an aftermarket option or, as I did, scratched. The ejection seat received also some attention, with homemade seat belts and handles. 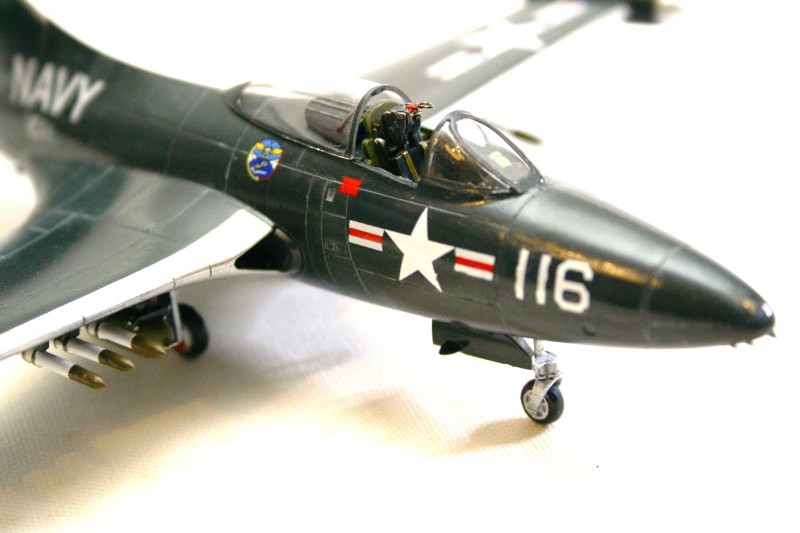 Painting
Painting was quite straightforward, with very slight weathering as this particular plane went down on her seventh mission.
I used Mr Hobby Color H55 and some Alclad Aluminium. As I didn´t had the decals to this particular plane, it was necessary to paint some and get others from spares.

I’m quite happy, hope you like her too.
Cheers,
Manuel 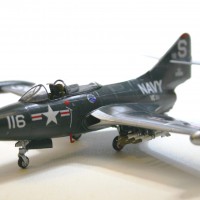 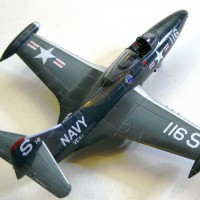 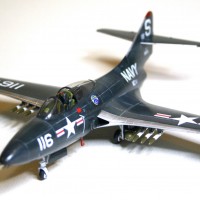 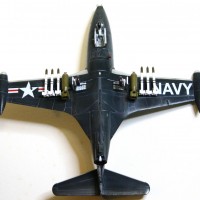 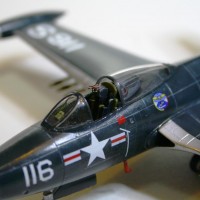 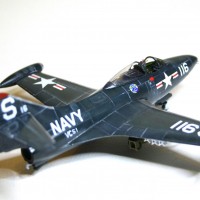 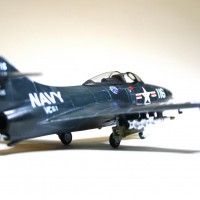 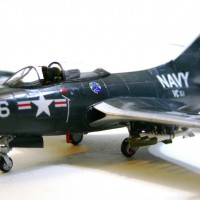 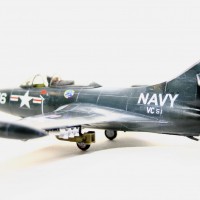 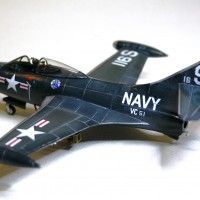 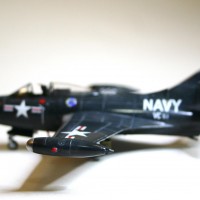 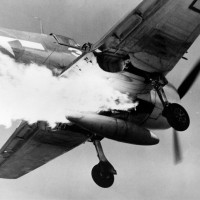 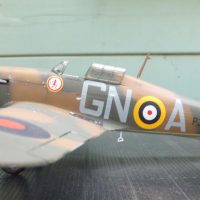