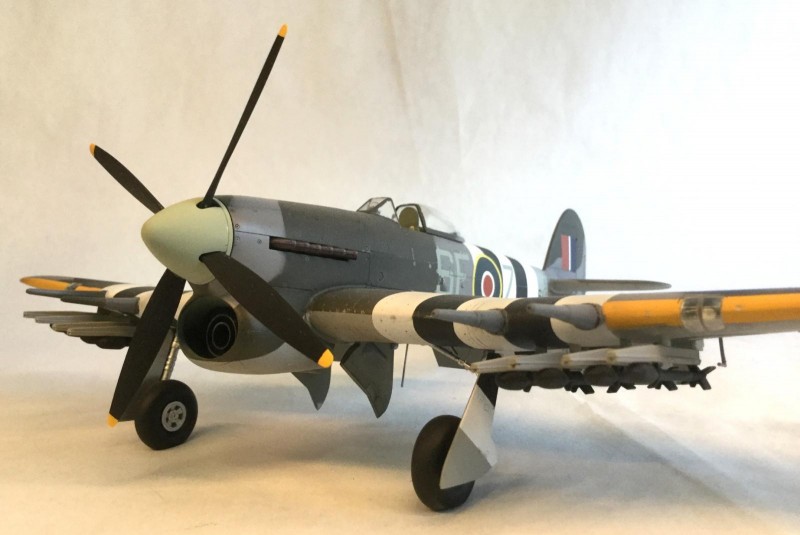 Here is my build of the Hasegawa 1/48 scale Hawker Typhoon 1B. This is a great kit, even with nothing added. I used aftermarket decals for an aircraft of 137 Squadron RAF, June 1944 operating over Normandy. I also went with the Eduard flap set, which was quite difficult to use for a relative PE novice at the time. Getting the ribbing to line up while fixing it with superglue was tricky. It came out OK but it has made me wary of using flap sets ever since. The cockpit is also Eduard (flaps, intake mesh and cockpit all from one set, I believe).

The D-Day stripes are airbrushed as are the yellow ID panels. This was another challenge as the flaps added later had to match up with the invasion stripes I painted first. I did lots of careful planning during building and painting to achieve alignment and avoid bending the photo-etch flaps out of shape, especially when removing masking.

As for painting, the camouflage is Gunze, the black and white for the invasion stripes is Tamiya. Weathered with an oil wash over Tamiya Clear and pastels and matt coated with MM Acyrl Flat. I also did some chipping with a silver pencil. I am not super happy with the chipping effect but hopefully it looks convincing enough.

I feel a sentimental attachment to the Typhoon. One of my elementary school teachers was a Canadian Typhoon pilot who was shot down over Normandy. We boys were kind of in awe of him but he never much liked talking about the war. I later found a book on Canadian Typhoon operations (Hugh Halliday’s Typhoon and Tempest: The Canadian Story) that described a dogfight he was involved in and his downing by flak. I could understand why he was reluctant to relive it, especially to share with 5th graders. Although this is not his specific aircraft, Canadians did fly with 137 Squadron so this was as close as I could come to a tribute. 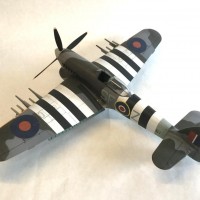 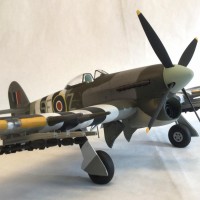 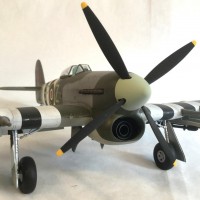 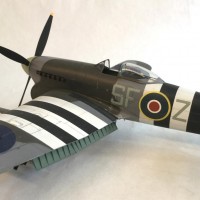 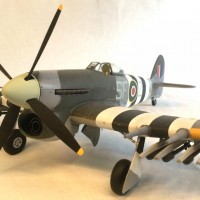 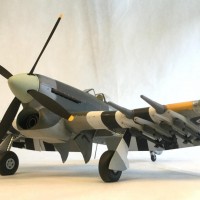 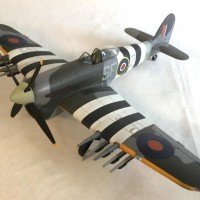 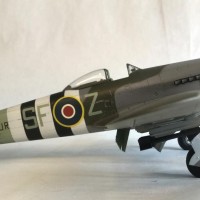 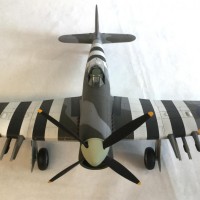 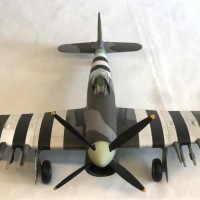 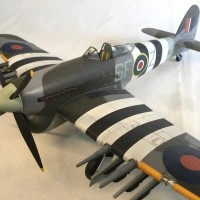 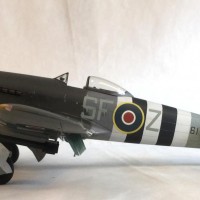 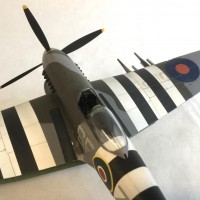 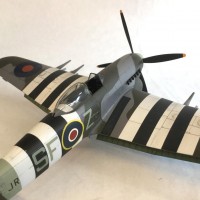 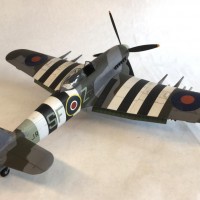 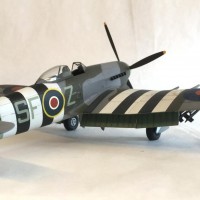 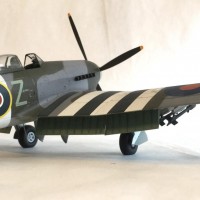 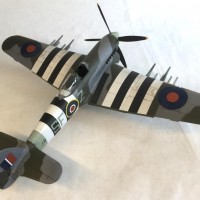 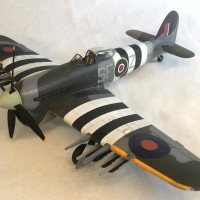 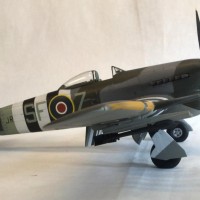 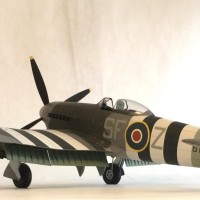 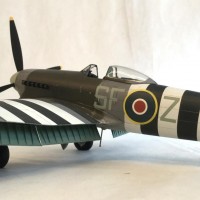 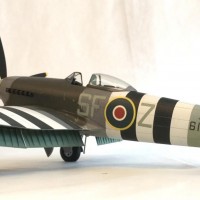 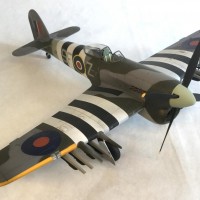 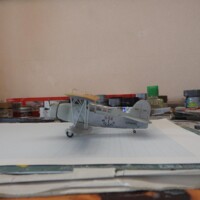 1. Side view of the SOC-1 with thinned out cowling flaps 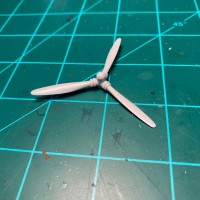 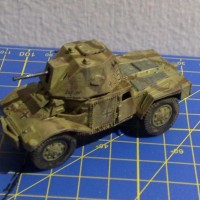 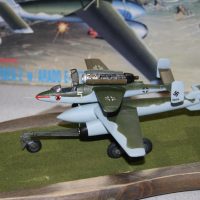