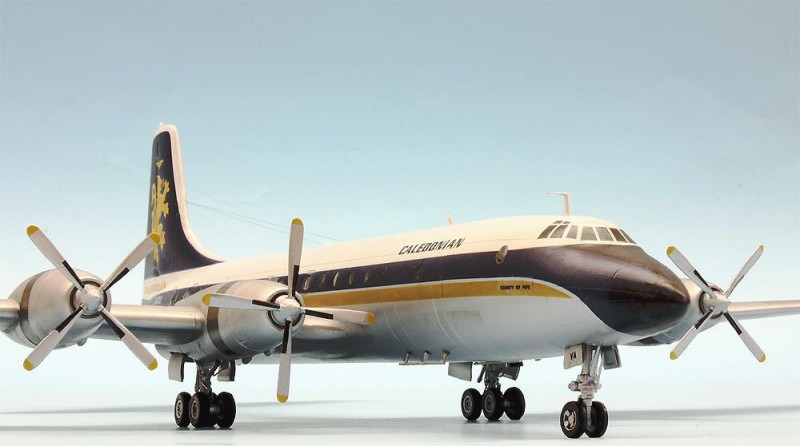 If there should be a technical incarnation of the design elegance of the 50s, the Bristol Britannia would probably be a candidate for it. Her elegant lines are as inspiring today as they were then, and her nickname "Whispering Giant" also speaks of appreciation and quality. Nevertheless, Britannia's career could never live up to the high potential of the design.

A look at the design will tell the technically interested observer about the reasons for this: as a turboprop with straight wings, she had to compete against competitors such as the DeHavilland Comet, the DC-8 or the Boeing 707, which with their turbine engines, swept wings and high cruising speeds represented the future

This was not by chance: conceptually, Britannia was established before 1945. Even before its maiden flight in 1952, the BOAC ordered 20 aircraft; a number that was soon reduced to 15 under the signs of the new era.

Although the Bristol Britannia was "old hat" from the beginning and could not play the major role for which it had been designed, the model gained an excellent reputation. The four Proteus engines, Bristol's own development, were remarkably quiet, which resulted in the beautiful nickname "Whispering Giant".

Produced in the relatively small number of only 85 aircraft, Britannia's were then flown over an astonishingly long period of time by a considerable number of holders. It is also interesting to note that Britannias was one of the few aircraft types to be found in both West and East during the Cold War. Last but not least: a total of 20 Britannias were also taken over by the Royal Air Force.

The design was granted an afterlife in the form of Canadian licensed production: In 1954 Canadair acquired the rights to manufacture and develop the type. The resulting CL-44 Yukon and the CL-28 Argus sea reconnaissance aircraft continued to write the history of the Britannia quite successfully.

My model shows the "County of Fife", one of four Britannias flown at "Caledonian". The necessary markings are taken from a sheet of "26 decals", which was a good choice not only because of the quality of the material and the attractiveness of the model, but also because of the questionable nature of Roden decals.

I put the sample to the test and tried to use the kit slides at the beginning. After a few minutes it was clear: this will not work! In the link to the construction report, the interested person can look at pictures. Why Roden does not want to succeed in getting usable decal material is not clear to me. But as a model maker paying the purchase price you definitely don't feel taken seriously.

Otherwise I would like to give the kit good to satisfying marks; the building steps are also completed quite fast. I have added wiring to the undercarriage, and all antennas cast on the fuselage were removed and replaced by etched parts from the remains.

This project was a worthwhile test run in a new scale for me, which will certainly be followed by further models. I consider the construction of the Bristol Britannia a nice enrichment: for the showcase as well as for my modelling experience. 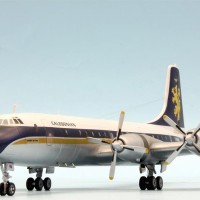 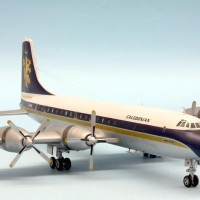 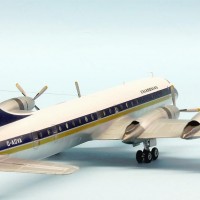 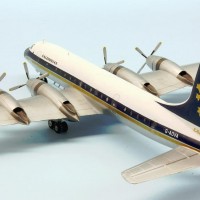 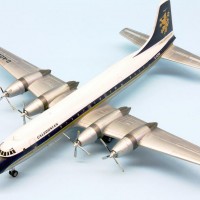 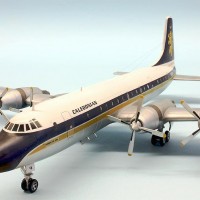 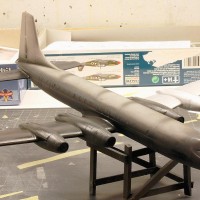 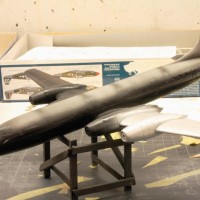 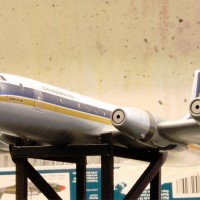 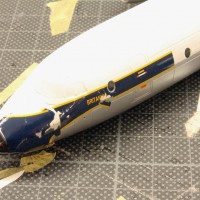 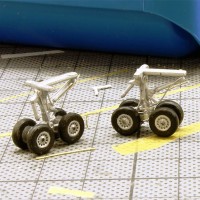 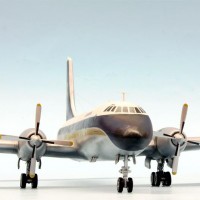 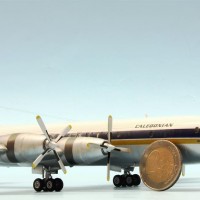 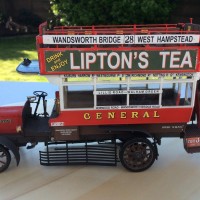 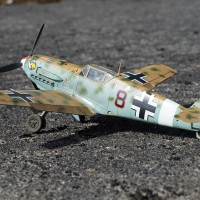 1. Bit of smoke and dust particles, othervise no weathering 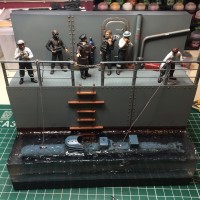 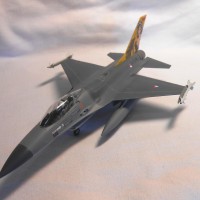