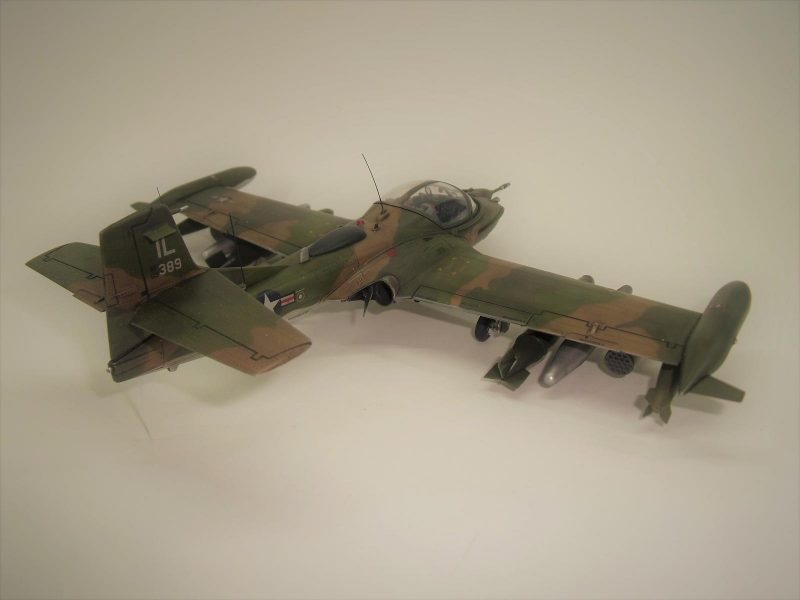 The second kit I've got to share today is Trumpeter's A-37B Dragonfly, or Super Tweet as it is often called. I love the look of this plane, not only because of it's form, but also because despite it's diminutive size, it was all business.

There is a lot of great info out there concerning the A-37's and their role during Vietnam. One such article that gives you a small sense of their impact can be found here, from Air & Space Magazine:
https://www.airspacemag.com/military-aviation/legends-of-vietnam-super-tweet-8974282/

One of my favorite things about the A-37B variant is this that it was capable of carrying nearly 40% of it's gross weight in external stores. Quite a feat for such a small airframe.

Anyway, onto the model... There are many kits of the A-37 out on the market, but Trumpeter's kit is the most modern, and most detailed of the lot. The kit comes with a variety of wing mount stores, and a nicely detailed cockpit. The kit also includes a PE fret containing some appropriate detail parts for that media. Decals were highly usable, and no issues were encountered in that regard. 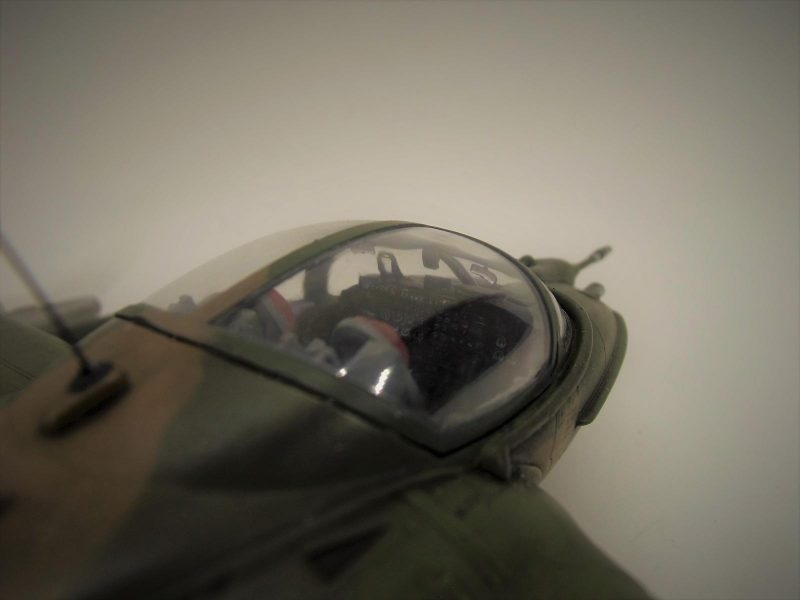 Fit an finish overall was very satisfactory, with the only caveat being the fitment of the front intake scopes inside the fuselage. This may have been user error, as I did not fully follow the instruction's sequence. the end results was that I had to grind away part of the scopes to get the cockpit tub to fit, when joining the wings and fuselage together. I ground the parts so far that I broke through to the interior of the intake scopes, and for this reason, I chose to pose the intake grates in the closed position, which was not atypical for an aircraft on the ground. These grates were there to prevent debris from entering the engines, since the plane sits so low to the ground.

For the loadout, I decided to do something different with this model. On each piece of ordinance, I place micro-magnets where the item attaches to their hardpoints. On the hardpoints, I inserted a small gage wire, to which the magnets is attracted. This allowed me to (in essence) be very non-committal about which ordinance to show displayed, as of course, they can be easily replaced. The down-side is, the fit is not exacting, and a slight bump will knock some of them off. I don't think I'll go through this trouble again, but it may spark some ideas for someone out there! 🙂 As pictured, I've mounted auxiliary fuel, napalm, LAU-3s, and Mk.117s. 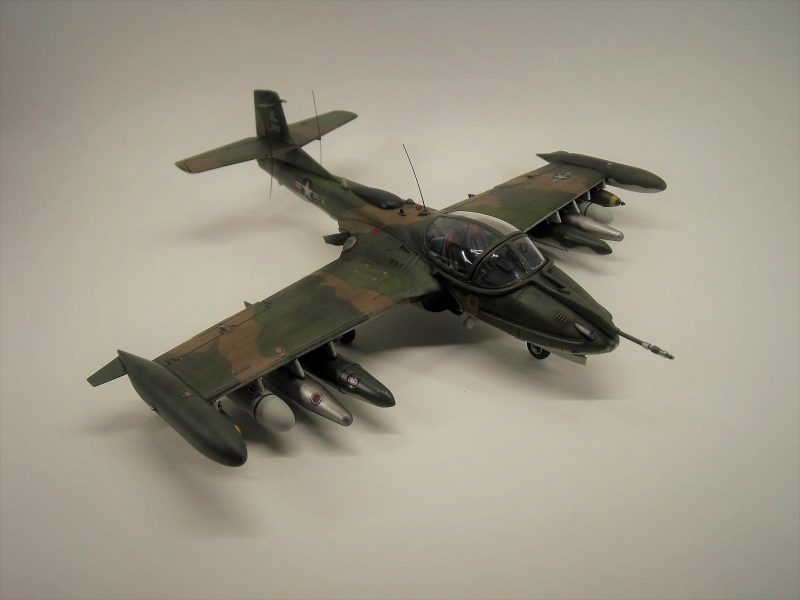 This was also my first SEAC plane, and I actual enjoyed painting this up. The only point of tribulation was determining the right colors, as Vallejo color names can often mislead. Long story short, the color that I used for Dark Green was likely bottled wrong (so I wont mention which one I used for fear it may not be what you'd want), and I had to mix up a medium green to get that all together. The brown and grey were straight forward, as I recall. Oil varnish over Matte finish for the extra grime, and Vallejo matte varnish to wrap it up.

Last but not least, Trumpeter made no mention of nose ballast, and foolish me ignored this fact. So.. sigh I had to make a clear prop strut. The unfortunate part is that there is room in the nose, as very little weight would likely be needed... Probably only 5g or so, but don't take my word for it. 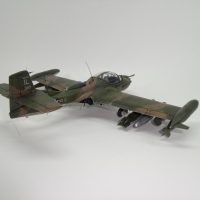 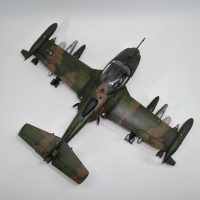 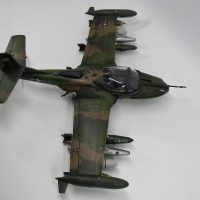 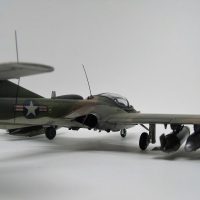 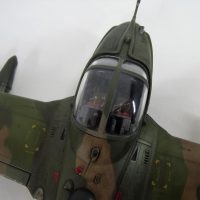 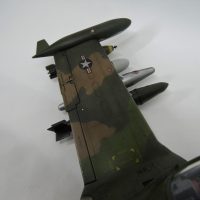 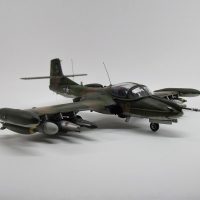 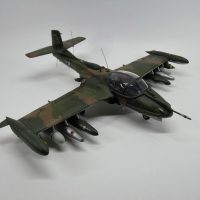 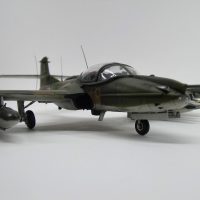 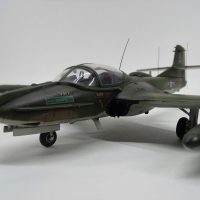 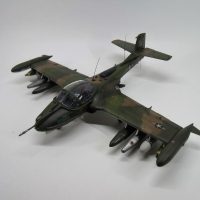 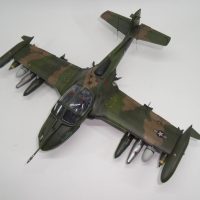 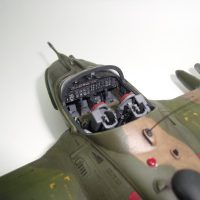 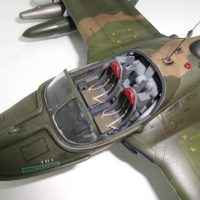 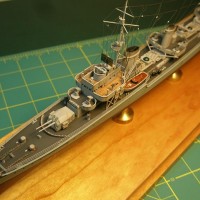 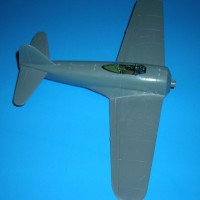 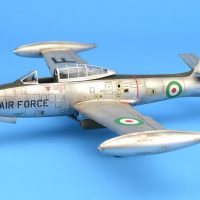