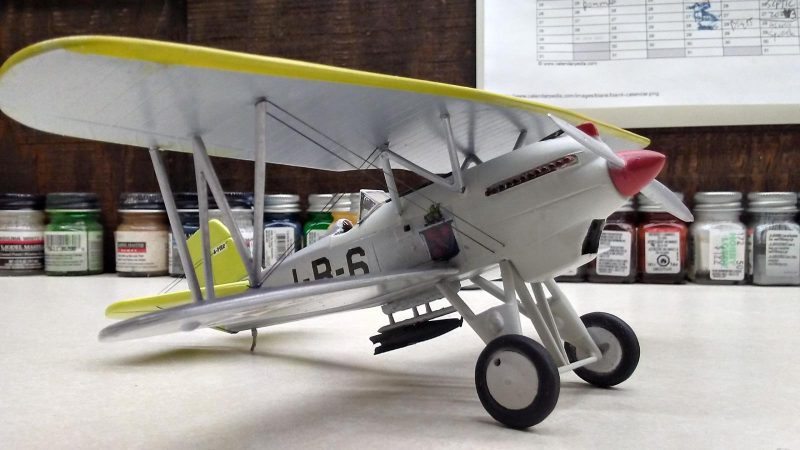 The Curtiss F6C Hawk played an important role in the development of the tactic of Naval dive-bombing. The following comes from the book, "Destined for Glory: Dive Bombing, Midway, and the Evolution of Carrier Airpower" by Thomas Wildenberg:
"The aerial maneuver which would later be coined "dive bombing" was born on 22 October 1926. On that date, Lt. Cdr. Frank D. Wagner led a flight of Curtiss F6C Hawks from Fighting Squadron Two (VF-2) in a simulated attack on the heavy ships of the Battle Fleet as they sortied from San Pedro. Coming down in almost vertical dives from 12,000 feet, the squadron achieved complete surprise of the battleships then bound for San Diego and the Navy Day festivities scheduled there the following week. Although the fleet had been forewarned, the Hawks were not detected until they were almost on the deck. Their height of approach was so high, the dives so nearly vertical, and their speed so fast, that they had pulled out, leveled off, and were headed for a landing at Long Beach before the ship's crews could get to their battle stations. The surprise achieved by the squadron was so complete and the effectiveness of the approach so great that Adm. Charles F. Hughes, the commander-in-chief of the U.S. fleet, and all on board the battleships unanimously agreed that such an attack would succeed over any defense."
The F63 was the last liquid-cooled fighter in the Navy arsenal, as the new radial engines being produced were lighter, more powerful, and easier to maintain (in fact the -4 and -5 versions of the Hawk itself were equipped with radial engines). The -3 version was equipped with Oleo struts to prevent bouncing on landing, allowing the carriers to do away with the arresting system on the landing gear axles.

This kit is a vacu-form model from Sierra, I'm not sure how old it is. In addition to the vacu-formed wings, fuselage and landing gear, it came with white metal struts, propeller, and engine exhausts. I added bits to the cockpit from the spare parts bin. The paint scheme represents VB-1B, bombing squadron one, the "Red Rippers" from the U.S.S. Lexington around 1928. The metal fuselage parts are Model Master light gray, the fabric parts are Testors flat aluminum. Tail surfaces are Vellejo lemon yellow, and the upper wing is Vellejo Air chrome yellow. EZ line for the rigging, and the oversize fuselage numbers came from the Hasegawa BF2C kit decals. The "Red Rippers" logo was custom printed, while the National Insignia came from my Yellow Wings insignia collection decals.
The result is not my best ever, but it's a rare kit and an important part of the Navy dive bomber history, so I'm happy to have it as part of my collection. Enjoy! 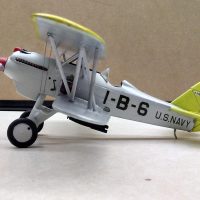 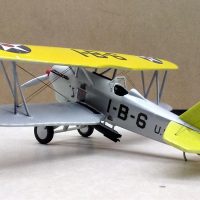 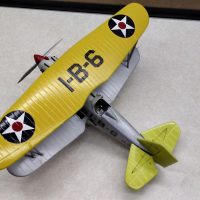 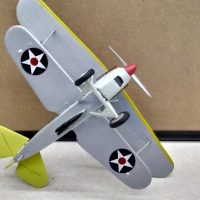 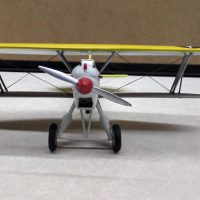 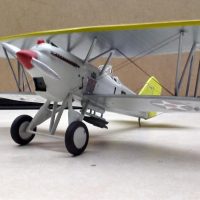 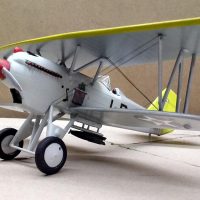 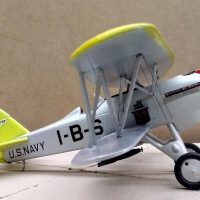 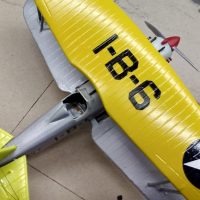 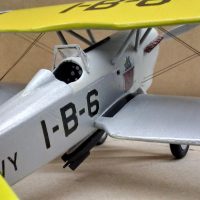 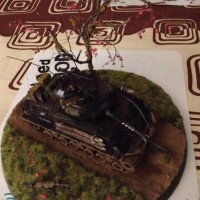 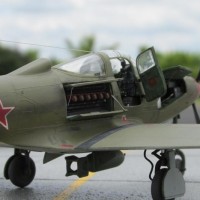 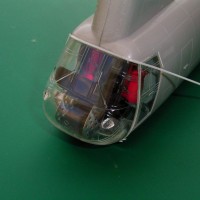 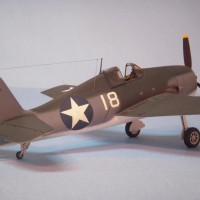